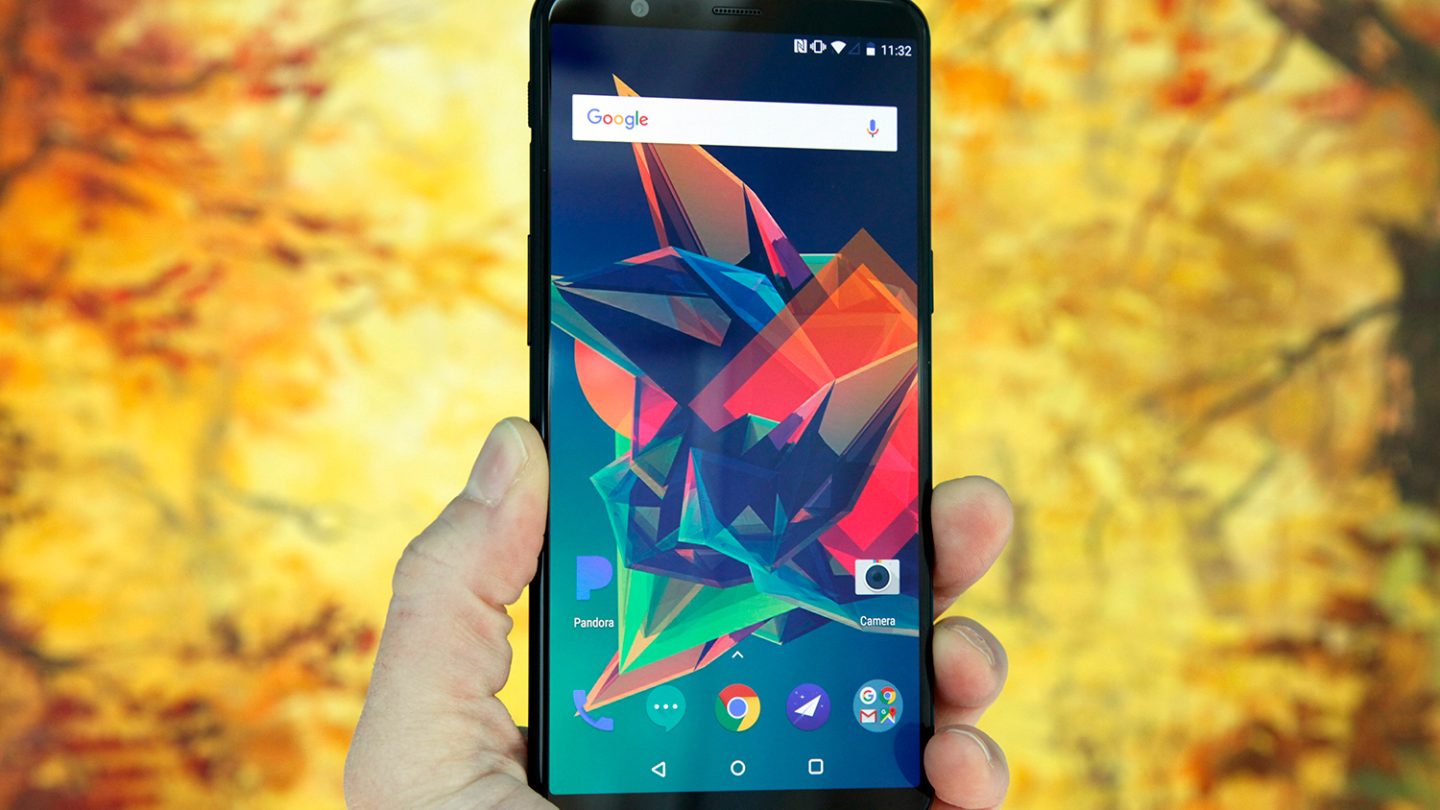 OnePlus’s next #NeverSettle flagship smartphone isn’t even out yet, and the company is already in defense mode over its notch design. Yes, OnePlus officially confirmed that the OnePlus 6 will have a notch taken out of the top of the display. Why?   Say it with me: iPhone X.

Remember last year when OnePlus tried so hard to defend its iPhone 7 Plus clone, the OnePlus 5, that it ultimately admitted it wasn’t able to come up with anything better?

Well, be prepared for a sequel. This time around, OnePlus is addressing concerns that it’s copying Apple before actually launching its next flagship phone.

OnePlus’s Carl Pei sat down with The Verge and confirmed the OnePlus 6 will have a notch at the top of the screen. The image above is actually an official render of the top part of the phone. He also confirmed that OnePlus is basically following Apple’s lead when it comes to smartphone design.

Would OnePlus have made a notch had it not been popularized by the iPhone X?

“Maybe not as fast,” Pei said. “But we have access to the roadmaps of all the screen manufacturers, and when they gave us the opportunity to make cutouts at the top of the screen, it just made sense.” Well, guess why screen manufacturers have notch designs on hand? Is it because Android phone makers are tripping over themselves to copy Apple’s iPhone X design?

The notch isn’t the only thing that OnePlus is stealing from Apple this year. The iPhone X gestures are also going to be available on the OnePlus 6 — though, Apple did swipe them from Palm’s old webOS platform. Of course, OnePlus only cares what Apple is doing.

“We saw the implementation [of gestures] on the iPhone,” Pei said, adding that “maybe it would have taken longer if Apple hadn’t done it.” Duh!

The #NeverSettle company isn’t stealing two other key iPhone X technologies though: the Face ID technology, and the full-screen design. Why not? Because those are difficult and costly to pull off.

What’s even more annoying than copying the iPhone X is claiming that your way is better. Asus and Huawei both bragged about their notches when unveiling their latest flagships this year. OnePlus also thinks that its OnePlus notch is implemented “with more thought and care” than Apple. Sure it is.

The OnePlus 6 will have a smaller notch, but that’s only because the phone won’t have a 3D face unlock camera in place like the iPhone X. “We don’t feel the need to have structured light on our phones,” Pei said. That’s the tech that makes Face ID possible. By “feeling the need” Pei must mean that OnePlus lacks the resources to actually do it — and that’s a problem for all the Android phone makers that are cloning the notch this year.

As we already mentioned, the screen won’t extend from corner to corner like it does on the iPhone X. Instead, the OnePlus 6 will have a bottom “chin.”

Apple’s achieved this particular design milestone by folding the bottom side of the flexible OLED display behind itself, therefore hiding the display controller behind the screen instead of underneath it. Pei said that’s an expensive approach, which also makes the phone thicker. That’s why it only copied the notch. “In conclusion, learn to love the notch,” Pei said.

The fact that OnePlus is already playing defense does seem to suggest a OnePlus 6 announcement might be coming sooner than expected. After all, the OnePlus 5T already sold out in North America.

#NeverSettle, am I right?