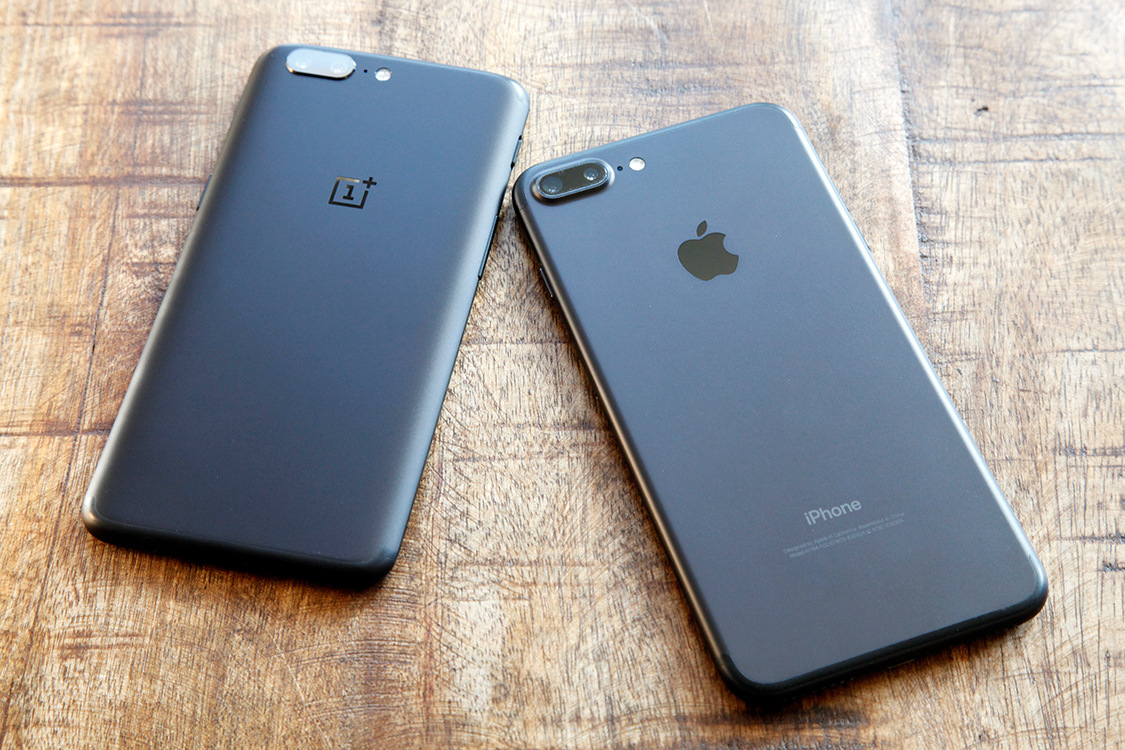 OnePlus on Tuesday afternoon finally took the wraps off its hotly anticipated new flagship phone, the OnePlus 5. If you haven’t already seen it, be sure to read our full OnePlus 5 review. There is absolutely no question that the OnePlus 5 features specs and performance that make it one of the most powerful smartphones that has ever existed. There is also absolutely no question that the OnePlus 5’s design is as close as we’ve seen to a carbon copy of the iPhone 7 Plus.

The OnePlus 5’s design was a major focus in the weeks ahead of the phone’s unveiling on Tuesday, mainly because the renders make it look so much like Apple’s iPhone 7 Plus. In person, it’s not quite the spitting image that it is in images, but the similarities are still borderline parody. I asked OnePlus about its new flagship phone design last week ahead of the device’s announcement, and the response I got was interesting.

Unveiled on Tuesday, the OnePlus 5 has specs that outshine every other Android flagship phone out there. Even more impressively, it’s priced lower than comparable handsets. Highlights include a Snapdragon 835 chipset, up to 128GB of storage, and up to 8GB of RAM. Seriously, 8GB! I’ve been using a OnePlus 5 review unit for more than a week now, and I am thoroughly impressed.

That said, it’s almost impossible to look at the OnePlus 5 and not wonder how OnePlus could be so brazen as to copy the iPhone 7 Plus so thoroughly.

The OnePlus 5 is an iPhone 7 Plus copy. Period. There’s no way to deny it, and trying to dance around it makes you seem foolish. Here’s an excerpt from my review:

Seriously, look at this:

Needless to say, one of the first questions I asked when I met with OnePlus ahead of the new flagship phone’s unveiling was about all these similarities. I briefly discussed the company’s response in my OnePlus 5 review, but one of the people I met added a few more tidbits.

The OnePlus spokesperson I met with made it clear that the company tried to avoid making a smartphone that resembled the iPhone 7 Plus so closely. For example, the company’s designers first tried to place the dual-camera assembly near the center of the back of the handset, in order to avoid making the phone look so much like Apple’s iPhone. This would have resulted in a design that more closely resembled earlier OnePlus phones like the OnePlus 3.

According to OnePlus, a centrally located rear camera would have made the phone thicker than they wanted, so they ended up having no choice but to move it to the corner. That’s fine, but it obviously doesn’t address other similarities between the OnePlus 5 and the iPhone 7 Plus. As noted above the aluminum finish, the mirror finish of the logo, the optical zoom UI, and the antenna lines are all aped from Apple.

When those points were raised, the best OnePlus could offer was that the company never wants to be different for the sake of being different. Instead, it tries to make design choices that are familiar to users. That’s not a bad strategy, of course, but there’s obviously a difference between “familiar” and “blatant copy.”

The OnePlus 5 goes on sale next Tuesday, June 27th, starting at $479. It’s a fantastic phone and a fantastic value. It’s also a bit bizarre though, and to be frank, a bit embarrassing. Hardware designers at consumer electronics companies work so hard to engineer these modern marvels, and designers I’ve spoken with over the years take tremendous pride in their accomplishments. I can’t imagine being a designer at OnePlus and taking much pride in a design that copies another company’s hard work so blatantly.