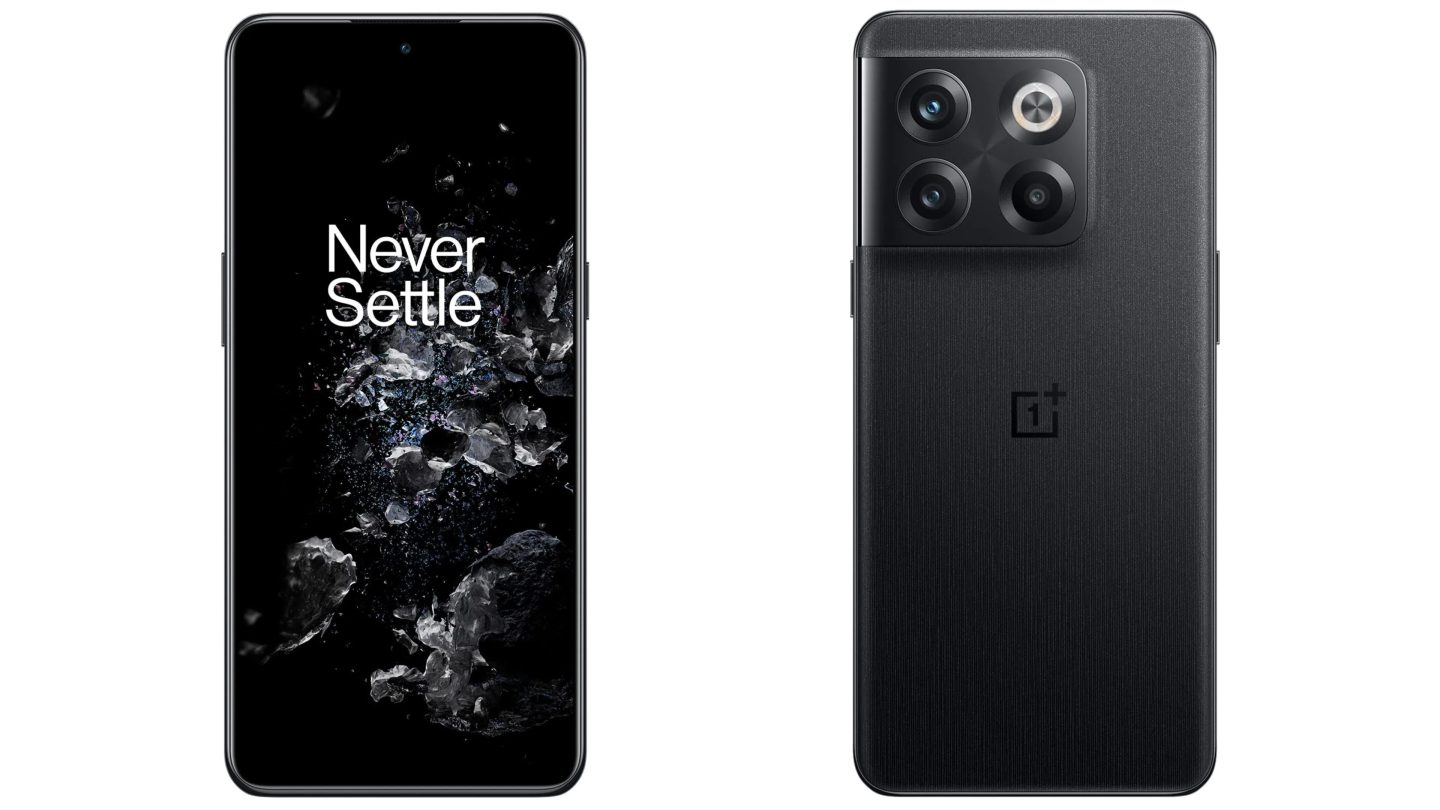 It looked like the OnePlus 10T might make it to launch with a few secrets left unrevealed, but no phone is safe from leaks. On Tuesday, Pricebaba shared a detailed list of the specs for the upcoming OnePlus 10T. Virtually everything you would ever want to know about the phone is here, from the size of the screen to the size of the battery.

According to the leak, the OnePlus 10T will feature a 6.7-inch Fluid AMOLED display. It will support a Full HD+ resolution of 2,412 x 1,080 pixels, 10-bit colors, sRGB colour gamut, and HDR10+. The hole-punch cutout will be centered rather than in the left corner. Within that hole-punch will be a 16-megapixel selfie camera with EIS support.

Moving to the back, the OnePlus 10T will have the same square-shaped camera module as the OnePlus 10 Pro’s. The upgraded phone will ship with a 50-megapixel Sony IMX766 main camera with OIS support, an 8-megapixel ultra-wide camera with a 120-degree FOV, and a 2-megapixel macro camera. The other circle is the flash.

OnePlus has already announced that it will be debuting OxygenOS 13 alongside the OnePlus 10T. That said, the software won’t come preinstalled on the new phone. The OnePlus 10T will ship with OxygenOS 12, and an update will roll out later.

Qualcomm’s Snapdragon 8 Plus Gen 1 chipset will power the OnePlus 10T. Although rumors point to the phone having 16GB of RAM, Pricebaba claims that OnePlus will offer an 8GB and a 12GB variant in India with up to 256GB of storage.

Finally, the new model will have a 4,800mAh battery with 150W fast charging. That’s nearly double the top charging speed of the 10 Pro.

When will OnePlus reveal the phone?

There isn’t much left to reveal, but OnePlus will host an in-person launch event for the OnePlus 10T in New York City on August 3rd. You can watch the event live online starting at 10 a.m. ET or buy tickets for $25 to attend the launch event yourself.