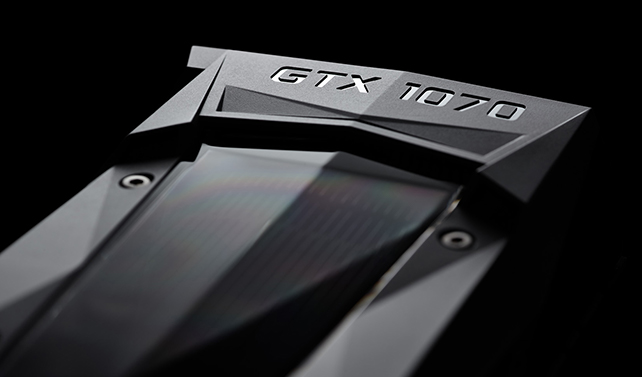 Earlier this month, Nvidia unveiled two new graphics cards that were both surprisingly cheap and incredibly powerful. We’ve already seen plenty of praise for the new flagship GTX 1080, but what about the more affordable GTX 1070? Can it provide a significant boost in performance at a fraction of the cost?

According to PC Gamer, the answer is a resounding yes:

“The full set of charts will be made available with the GTX 1070 review, but let me just say that on average frame rates, the GTX 1070 beats or exceeds the performance of the Titan X in every game, at every resolution we tested. Yeah, really.”

That’s a remarkable leap, which is why reviews for the GTX 1070 appear to be even better than those for the 1080. Basically, if you’re looking to get the most value for your money when buying a new graphics card, the 1070 can’t be beat.

GameSpot says as much in its review of the 1070:

“With a 12-23 percent delta between it and the GTX 1080, the GTX 1070 certainly isn’t as fast as its big brother, but it also costs roughly 36 percent less. When you compare it to the Titan X, it’s up to nine percent faster and up to 55 percent cheaper. That’s a crazy good deal.”

Polygon also raved about the 1070, but provides the following caveat:

“If you have the money, it’s an easy call to upgrade from the 970 or even the 980 to the 1070, but things get a bit trickier if you own a 980 Ti or happen to have a Titan X. Our own tests show that the 1070’s performance sometimes matches those older cards, but is sometimes beaten by them as well.”

In Guru3D’s exhaustive review, there’s an interesting discussion regarding who the 1070 might be best suited for. Worth reading if you’re still undecided:

“I would say that you’ll need to look at your monitor first and foremost. A GeForce GTX 1070 would be perfect for Wide Quad HD Gaming at 2560×1440. It has plenty spunk and has the graphics memory to deal with it, even with the best quality settings and some niche AA levels.”

If you’re in the market for a new graphics card that can handle 1080p and VR gaming without breaking a sweat, the 1070 is almost certainly the way to go. It’s a significant upgrade over the 960/970 and beats the Titan X in nearly every benchmark. This is the card for PC gamers who don’t want to break the bank, but still want their games to look better than they ever have before.