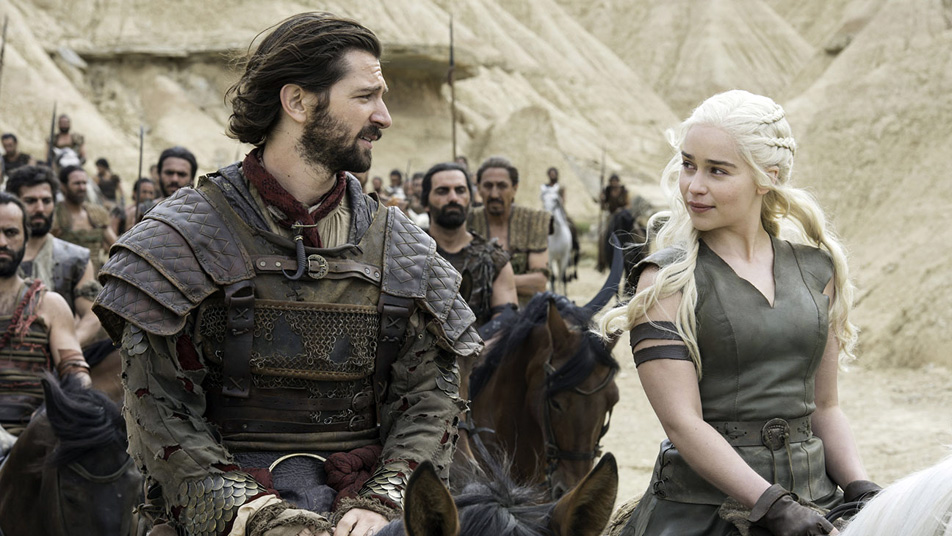 I can’t pinpoint exactly when it happened, but I remember how sad I was when I finally came to terms with the fact that The Sopranos had gone from being one of the best television series the world had ever seen to being a disappointment. It might not have been until the show’s final season, but the writers simply ran out of steam and the actors followed closely behind. Some would say that they pulled things together for the finale, which was certainly one of the most polarizing conclusions a popular show has ever seen. But no one would argue that The Sopranos wrapped up on a level that was nowhere close to where it began.

With that in mind, let’s have a quick chat about Game of Thrones.

MUST SEE: 15 paid iPhone and iPad apps on sale today

HBO has always managed to separate itself from the pack using a few common threads that ran throughout all of its successful shows. Bigger budgets, better writing, better acting, more graphic sex and nudity, darker drama, and more over-the-top violence can all be listed among them.

But in 2016, the gap between HBO and its rivals has never been narrower.

Competing premium networks are stepping up their game. AMC continues to wow viewers with some of the best shows on television. Netflix is turning up the heat and luring pay TV subscribers and cord cutters alike with fantastic original series. HBO has never had more competition than it does right now, so there couldn’t be a worse time for its most popular show to start heading south. And yet it looks like that might be exactly what’s happening with Game of Thrones.

Coincidence or not, season 6 marks the first time the writers of HBO’s hit show have ventured off on their own. GoT is based on George R. R. Martin’s series of fantasy novels titled A Song of Ice and Fire, but the series is still a work in progress. Previous seasons of Game of Thrones have been based on Martin’s books, but the timeline in HBO’s series reached the end of the published books at the end of season 5. Now, the show’s creators are traveling their own road.

Martin is still working with the show and he has been helping guide certain storylines. For example, Hodor’s heartbreaking death at the end of last week’s episode and his back story were dictated by the author. But the writers have been left to their own devices in many areas and to be frank, things haven’t been going very well.

We have seen some earth-shattering moments so far in season 6. John Snow came back to life after being murdered by rogue members of the Night’s Watch. Daenerys burned the khals alive and took control of their army. Hodor died tragically, saving Bran’s life in the process. But these sky-high peaks are separated by valleys that grow deeper and wider with each passing episode.

And then there’s episode 6.

Forget for a moment that “Blood of My Blood” was a painfully anticlimactic episode. We can certainly endure episodes dedicated solely story development here and there. But the lack of climactic moments to serve as peaks in episode 6 drew more attention to the quality of the writing, acting and plotlines in all those valleys.

To be frank, last night’s episode of Game of Thrones felt like a crummy soap opera.

In recent episodes, GoT has grown increasingly predictable. This comes at an unfortunate time when the writing also seems to have taken a turn for the worse. The result is a schizophrenic viewing experience that typically varies wildly from one scene to the next. And since there was precious little action in this past Sunday’s show, we were left with writing that was almost uncomfortable to watch at times.

Tommen’s terrible acting took a toll as he and Margaery were reunited in the early moments of last night’s episode. Samwell, one of the most likable characters on the show, has now grown almost unbearably awkward. Cersei and Jaime’s exchange nearly 45 minutes into the episode was terribly written to the point that it was embarrassing, like something right out of Days of Our Lives. And it hardly took a fortune-teller to know exactly how Margaery’s walk of atonement and Arya’s mission to kill Lady Crane were going to turn out.

Last night’s episode of Game of Thrones was shoddy, uninspired, predictable and for the most part, painfully boring. It was the low point of the season, and perhaps even the series.

With the exception of last night’s episode, Game of Thrones season 6 has been pretty good so far. But “pretty good” isn’t what GoT fans have come to expect and it certainly isn’t what has given HBO a huge edge over the years. “It’s not TV. It’s HBO.” was always more than just a slogan. My hope is that this downward trend is reversed as season 6 progresses, and as the show’s writers continue to forge on without as much guidance from Martin’s novels.

May 29th, 2016 will either mark a major turning point for Game of Thrones as it continues to devolve into a fantasy soap opera, or it will be remembered as the base of a valley that ascends to new peaks and, hopefully, never looks back. In either case, it’s a day Game of Thrones fans will remember.