Research scientists over at Nvidia are pushing AI to the next level. Just a few days ago, Nvidia published a video which highlights the advancements they’ve made at creating fake human faces via artificial intelligence. Nvidia has been working on this technology for about four years now, and the progress they’ve made in a relatively short amount of time is truly staggering.

All of the faces you see above are of people who don’t actually exist. Without question, this is incredibly cool — and yes, creepy — stuff. Nvidia’s algorithm works by looking at a library of source images and, based off that, captures various markers that it subsequently uses to generate images of faces that don’t actually exist. The end result is faces that are virtually indistinguishable from otherwise genuine photographs of real people. Even the hair, which can sometimes be quite tricky to pull off, looks 100% realistic.

The video below provides even more information and examples involving Nvidia’s increasingly advanced AI. Also of note, and as you’ll see below, is that Nvidia applied their algorithm to create new images of cars, bedrooms, and cats that don’t actually exist (but they aren’t always quite as accurate as human faces):

A sampling of the AI generated cars Nvidia’s algorithm came up with can be seen below. And if you want to get into the nitty-gritty technical aspects behind this futuristic technology, you can check out a Nvidia research paper on the topic over here. 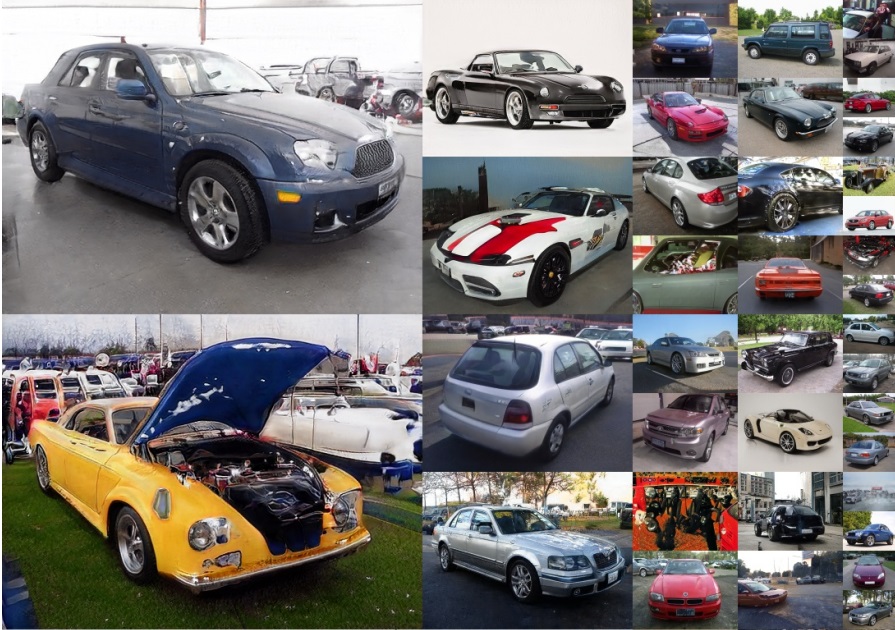