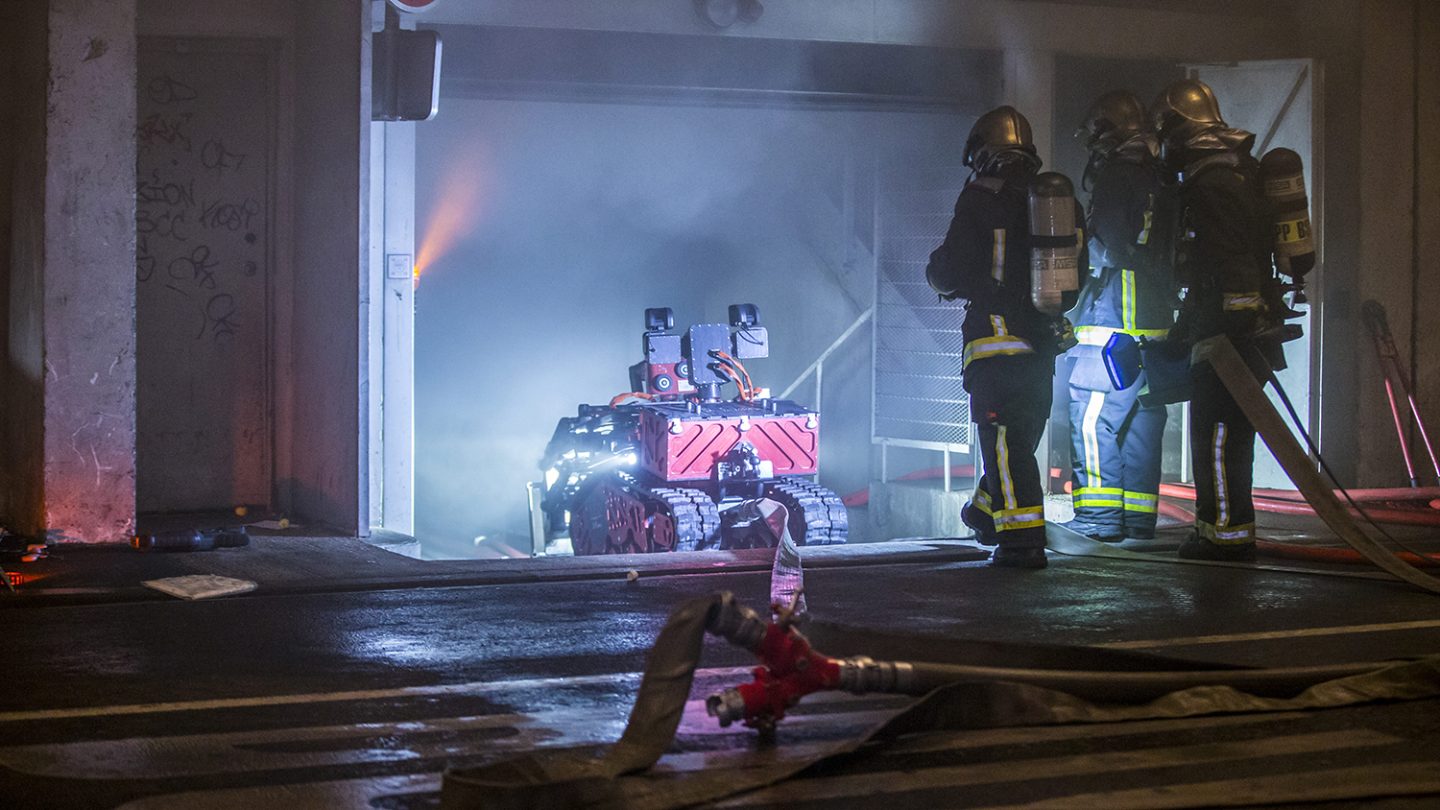 Notre Dame was reportedly only about 15 to 30 minutes away from a fire completely destroying the historic cathedral earlier this week when Paris firefighters decided to play their last hand. Commander Jean-Claude Gallet knew it was time to send their very best firefighter into the heart of the blaze in a last-ditch effort to save the building.

Needless to say, a lot was riding on Colossus, an 1,100-pound tank of a robot that can spray more than 660 gallons of water a minute, as he rumbled toward the cathedral.

Colossus, manufactured by a French company called Shark Robotics, took aim at the cathedral’s stone walls. According to Gallet, it was the heroically named Colossus robot — fighting the fire from the inside that tore through the structure as the world watched in horror — that saved the day. And made it less critical for firefighters to enter the building and risk their own lives.

“Time was against us, the wind was against us and we had to get the upper hand,” Gabriel Plus, a spokesman for the Paris fire brigade, told The Times of London. “The priority we set was to save the two belfries. Imagine if the timber of the belfries had been weakened and the bells had collapsed. That was really our fear. In the beginning, it was not impossible to imagine that the cathedral structure could collapse.”

The Colossus robot, according to Shark Robotics, is 2.5 feet wide and a little more than 5 feet long. It can be controlled via joystick from as far as 1,000 feet away, it can crawl up stairs and it can withstand not only water and fire but even thermal radiation, according to the company.

Lithium ion batteries also allow it to last for as much as eight hours.

According to the company, Colossus is deployed with the Paris Firefighter Brigade as well as a variety of other French regional services. Its presence allowed the Paris firefighters to act quickly when they’d previously been weighing a decision they didn’t know how to answer — should they direct the firefighters on hand toward saving the roof from fire? Or focus on keeping the flames from spreading throughout the structure?

Complicating matters was the fact the wind was blowing, and a police drone flying above the cathedral didn’t reveal much in the way of actionable information.

Reliance on the Colossus robot during this incident, of course, has already sparked talk of relying on such machines even more in dangerous settings that involves fires or other elements. Companies and individuals from around the world have already started pledging funds to help rebuild the 855-year-old cathedral, but it’s certainly worth highlighting the fact that it’s able to rebuilt and saved at all thanks to a quick-acting, talented firefighter that also happens to be a robot.