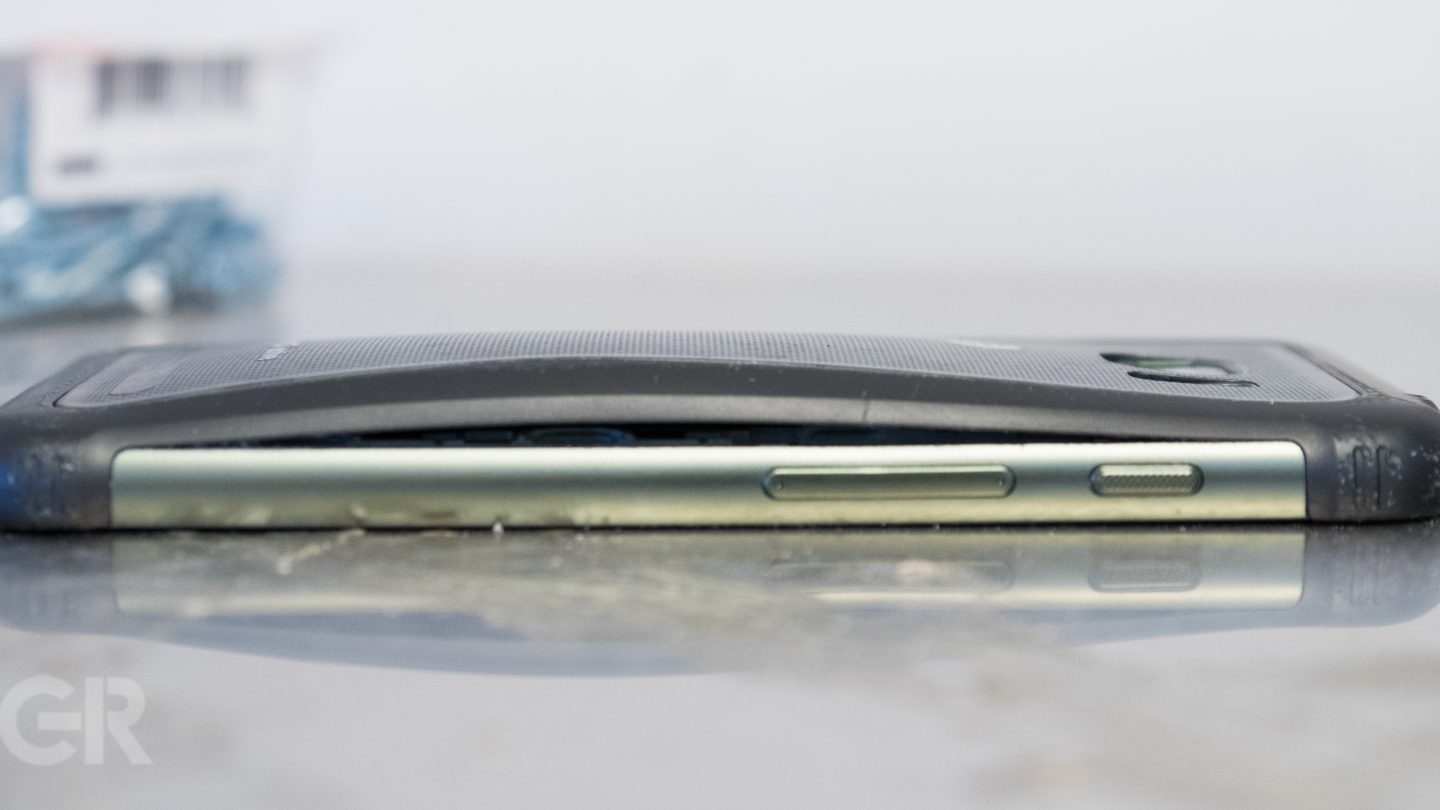 By now, you’ve probably heard that Samsung has issued a global recall of the Galaxy Note 7 following a spate of fires in new and replacement devices. But this isn’t a story about the Note 7; it’s about a different Samsung phone, whose battery swelled up and broke the phone while charging in my home office yesterday afternoon.

DON’T MISS: 3 theories that explain what might have caused the Galaxy Note 7 to explode

I’ve been using the Galaxy S7 Active on and off as my go-to Android phone since reviewing it in August, and it’s been working just fine, with zero noticeable problems. 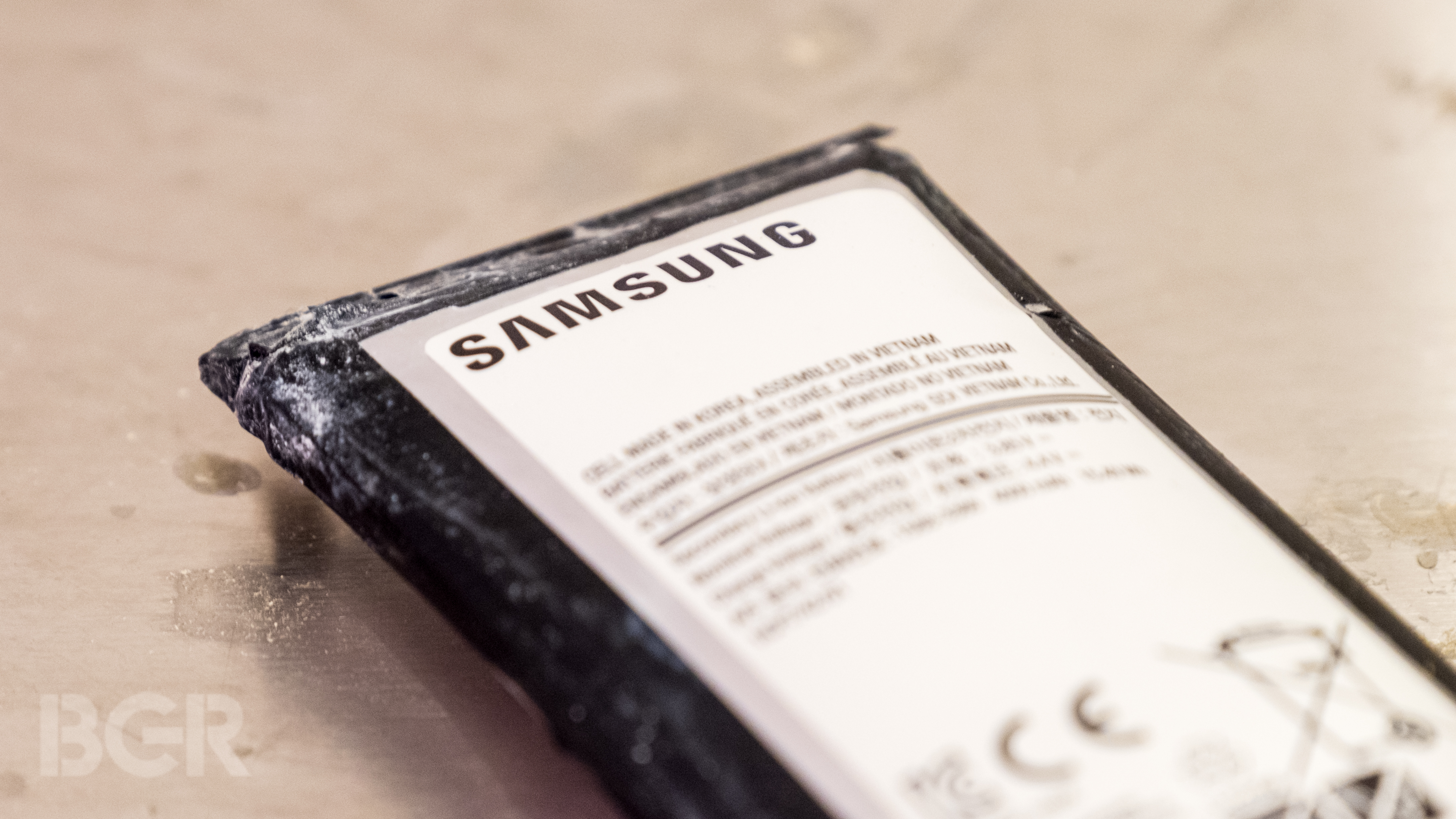 I put the phone on charge yesterday afternoon. It’s worth mentioning I was using the Samsung wireless charging pad for the S7 Active, which might have contributed to the battery failure. Wireless charging generates a lot of heat as a byproduct of the energy transfer, and excess heat is the number one cause of battery failures like this.

I left the phone alone on my workbench for maybe an hour or so, and when I came back, the battery had swollen as you see above, breaking open the back of the phone. The charging pad and phone were quite hot to touch, but there doesn’t appear to have been a fire of any kind, in contrast to most of the reported Note 7 fires. 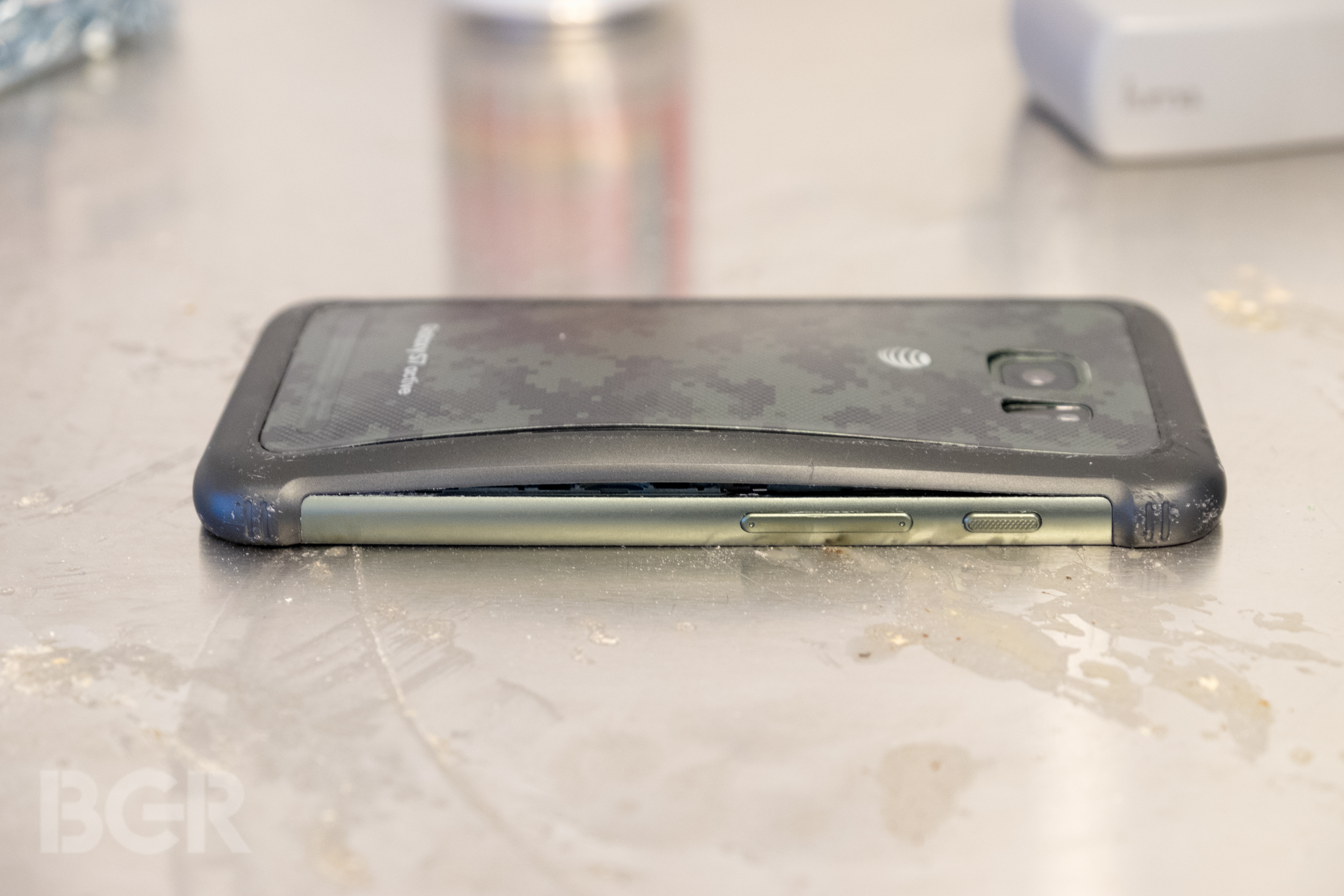 With a fire extinguisher and a lot of safety clothing, I pulled the phone apart to work out exactly what happened. As you’d suspect, the battery has swollen to double its regular size. This normally means one thing: the cells of the battery failed, releasing the battery’s eletctrolyte as a gas. The airtight packaging that surrounded the battery, which is the component’s last line of defense, managed to trap the toxic gas inside. That’s what caused the swelling.

There doesn’t appear to have been any fire inside the phone, although some of the components that sit closest to the battery appear to be scorched. The screen also seems to have some damage, although without powering it up, it’s difficult to know how many things are broken. 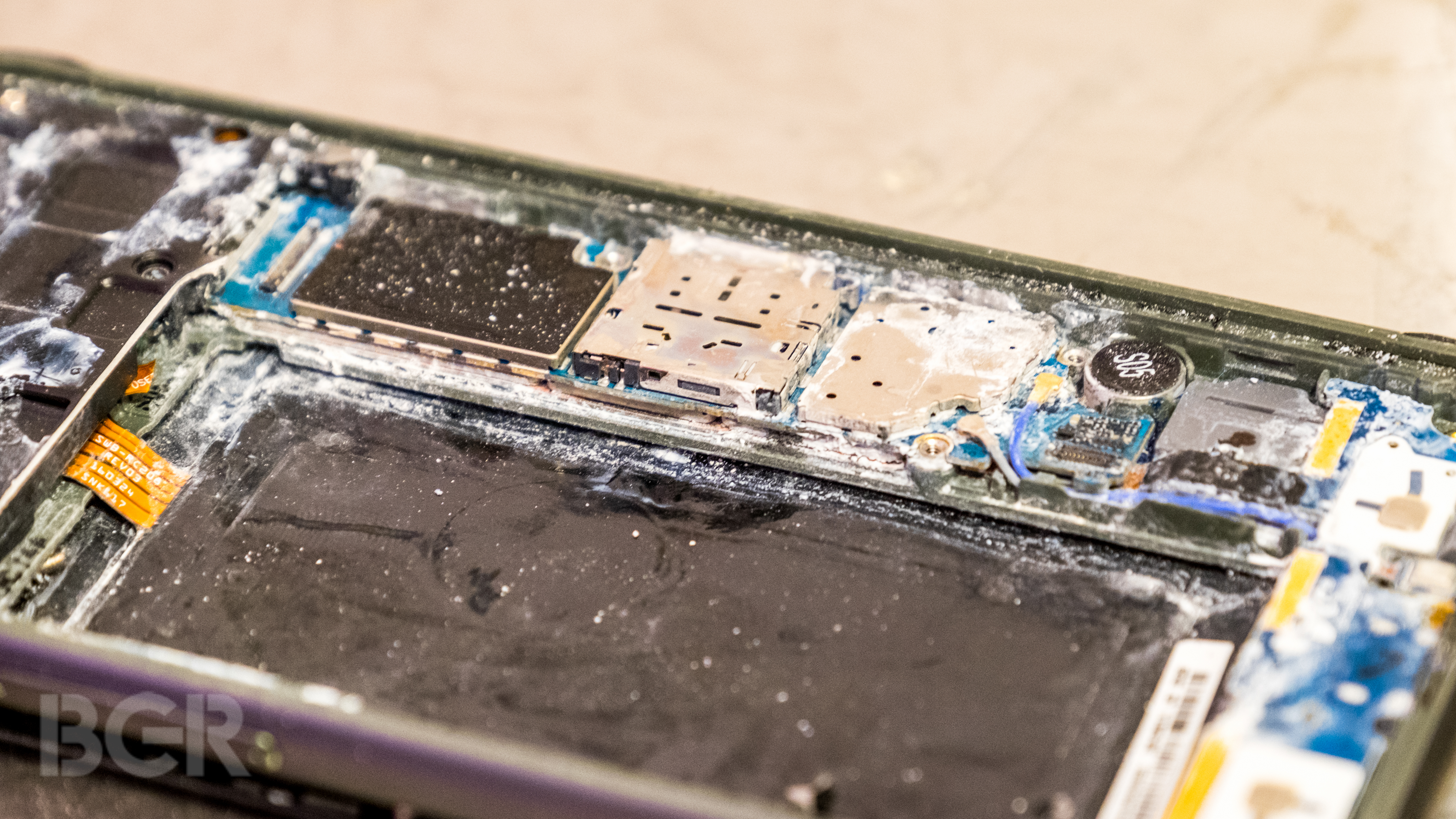 This kind of failure of a lithium-ion battery is common, and it doesn’t mean the S7 Active has the same battery problem as the Note 7 — or that it has any serious battery problem at all. We hear reports all the time of smartphones catching fire, or the batteries bursting. Lithium-ion batteries are inherently unstable, and physical damage or heat can cause the exact problem I had with this phone.

At the same time, this is a nearly-new phone that has only seen light use, and has mostly been living in an air-conditioned house for the last few months. Sure, it took a more-than-average number of knocks and drops when I reviewed it, but it’s also a rugged phone that’s meant to stand up to light abuse. 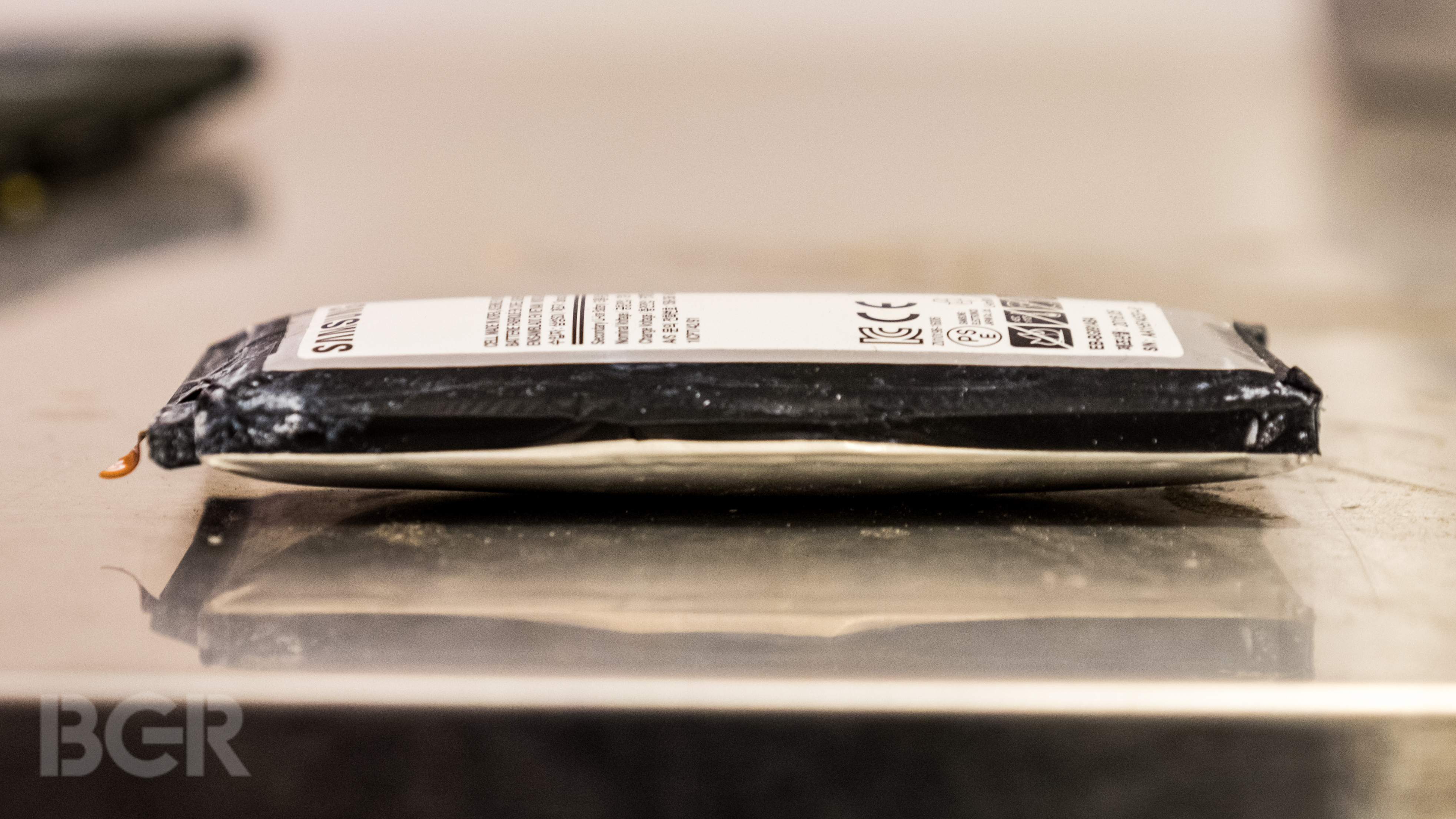 A Samsung spokesperson told me that “We are unable to comment on this specific incident until we obtain and thoroughly examine the phone. The issues with the Galaxy Note7 are isolated to only that model.” Samsung will take possession of the phone shortly and we’ll post an update once the company conducts an investigation.

As one isolated incident, this could well just be bad luck for Samsung, especially considering the timing. Unless an examination of the phone shows a more serious problem, or S7 Actives across the country start bursting, we can write this off as bad news for the company. But it is worrying that another model of Samsung phone had a serious battery issue, and the timing — the same day that production of the Galaxy Note 7 was officially halted — could not be any worse.