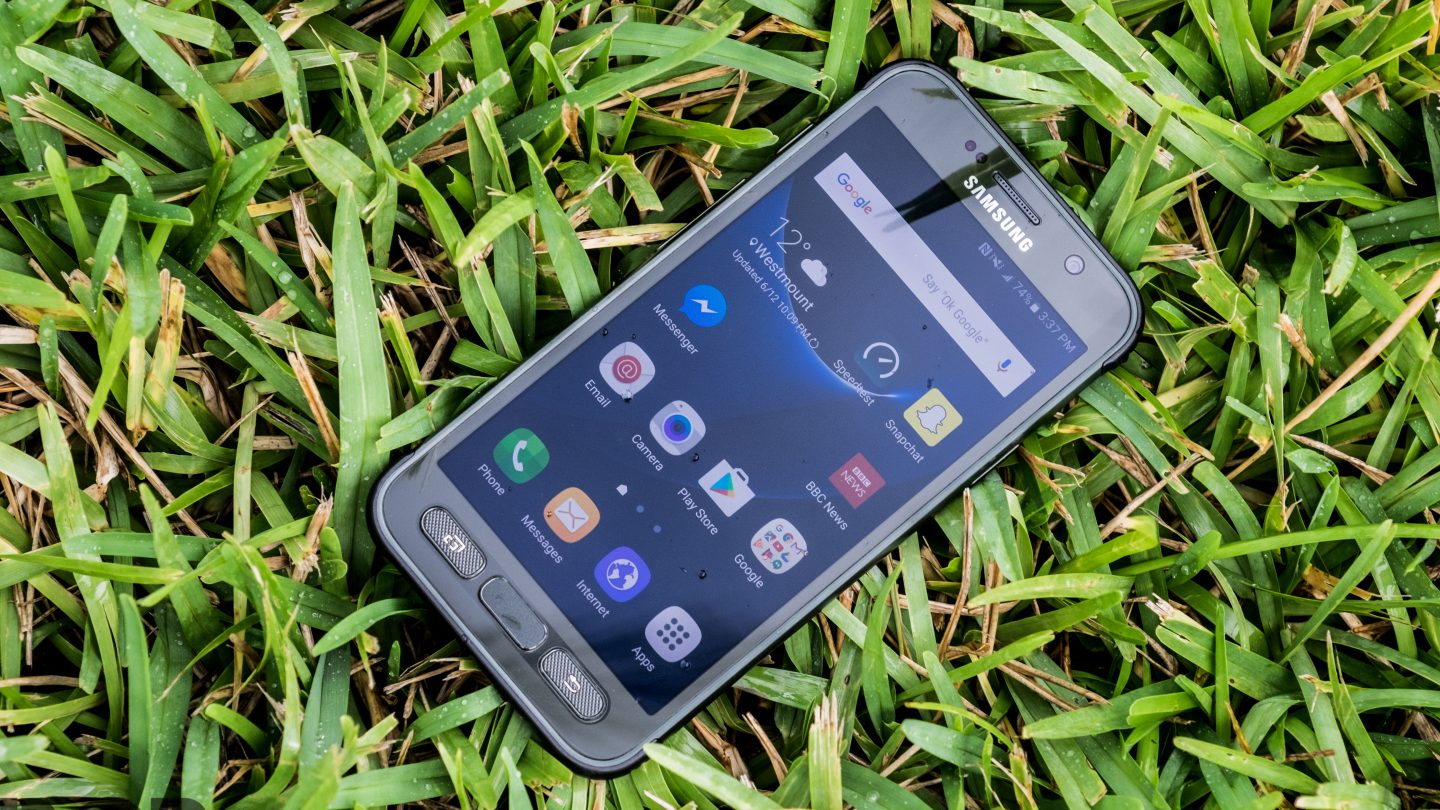 I remember when I first started writing about technology, my boss at the time told me all about how he protected his Nokia N97 by keeping it in a fleece-lined pocket with daily cleanings, just in case the camera accumulated dust or scratches.

I’ve never been remotely that careful with a gadget. My phones have been dropped, scratched, soaked, and for one unlucky handset, immersed in a bucket of paint. Phones like the indestructible Samsung Galaxy S7 Active are phones for people like me.

DON’T MISS: Nexus 6P prices slashed across the board in this huge sale

On first glance, the S7 Active just looks like a regular Galaxy S7 but in a rugged case. The screen, guts, and basically everything apart from the body are all the same as the regular S7. 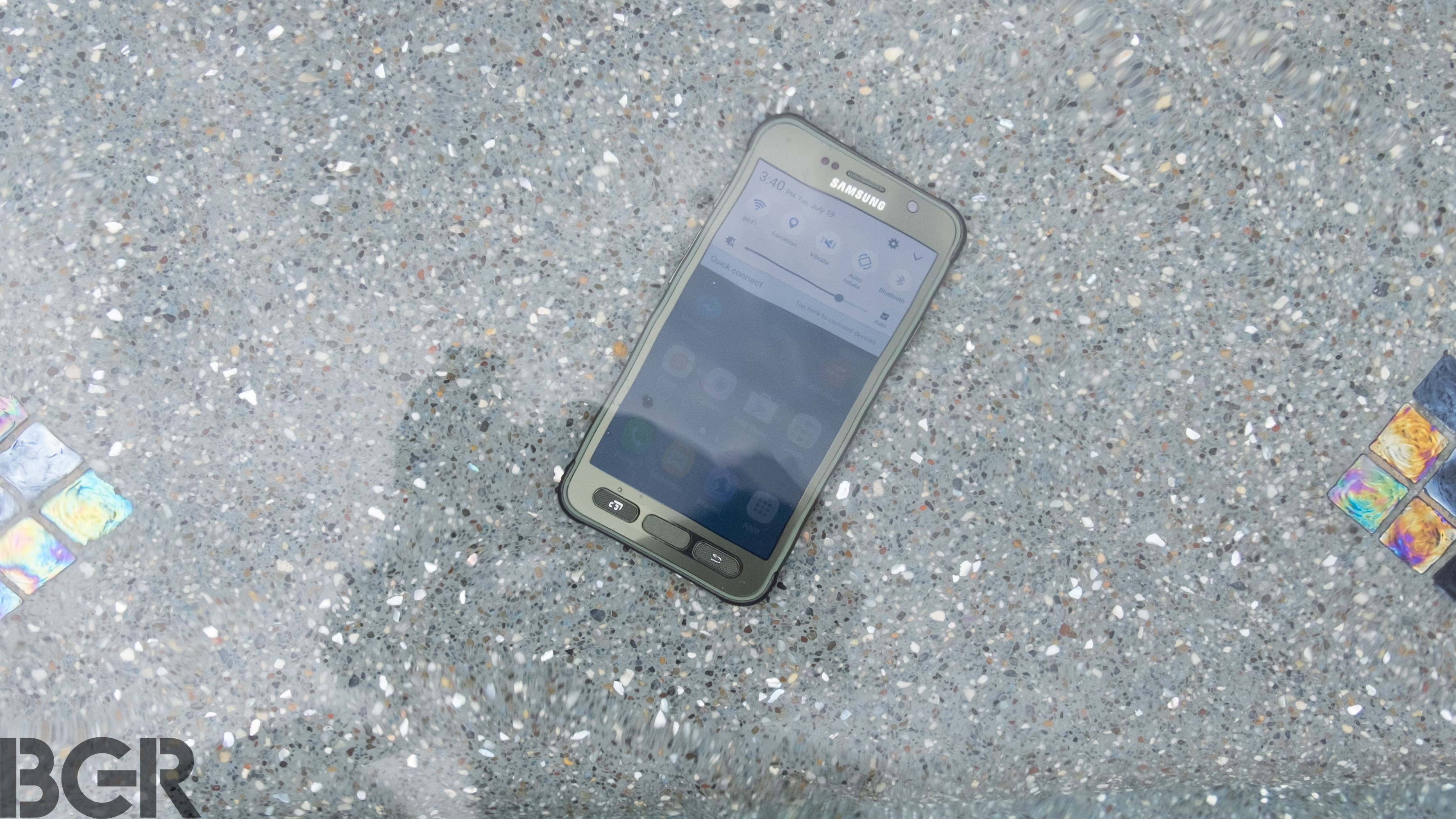 A couple differences do stand out. There’s three physical buttons along the bottom, just like the Android phones of yore. The back (on my version, at least) is camo-colored for extra mental ruggedness. One nice touch is an extra physical button on the left-hand side, which works as the shutter button in the camera app, and can be programmed for anything else during general use.

The Galaxy S7 has been extensively reviewed before, so we’re not going to go into the nuts and bolts of using a Galaxy S7 as a smartphone under normal conditions. Suffice to say that it’s superbly fast, the screen is crystal clear, and Android continues to be excellent. Samsung’s custom TouchWiz skin on Android continues to annoy me a little, but mostly it’s an excellent phone, up there with the best that Apple and LG can make.

But you don’t buy a Galaxy S7 Active if you’re interested in having a standard day-to-day phone. You buy the S7 Active because you life is filled with adventure, from canoeing unknown rivers to bushwacking through jungles or taking selfies while surfing. (I’m just reading between the lines of the marketing material that Samsung sent me here.)

So the real question is: how does the S7 Active perform as a smartphone in less-than-ideal conditions? Pretty darn well, actually. The waterproofing, ruggedness and extra buttons are all useful and not in the slightest gimmicky.

The S7 Active is specced to survive immersion in five feet of water for 30 minutes. Because I’m mildly sadistic, the first thing I did with the new phone was turn it on, start a 30-minute timer, and drop it to the bottom of a six-foot-deep pool. There’s no port covers on the phone (a common feature on most other handsets), so I was a little dubious that the exposed microUSB port and 3.5mm jack would survive their little swim.

Luckily for me, it functioned just fine afterwards. So I found a new game: skimming stones, only using a $800 smartphone instead of rocks. The rounded design and smooth back actually make the S7 Active ideal for skimming. With a strong wrist flick and good technique, you can get some quality water testing, followed by a solid hit on a stone wall. Allow me to demonstrate.

Over the last month, I’ve immersion-tested this phone to spec three times, skipped it into a tile wall about 20, and dropped it a few times for good measure. Considering this is basically just a standard smartphone with waterproof ports and a built-in Otterbox, I’d say that’s pretty good.

It’s worth mentioning that other publications have immersion-tested the S7 Active and had different results. Consumer Reports found that two S7 Actives they bought and immersion-tested stopped working after water got inside. Samsung blamed the problem on a manufacturing defect, which they say they’ve found and fixed. Any water-damaged phones are being replaced under warranty, for now.

But it’s not just that this phone survives screwing around in a pool — it’s legitimately useful in adventure. I’ve broken an iPhone screen before by just holding my phone when I go running, thanks to too much sweat. [Ed note: ew.] 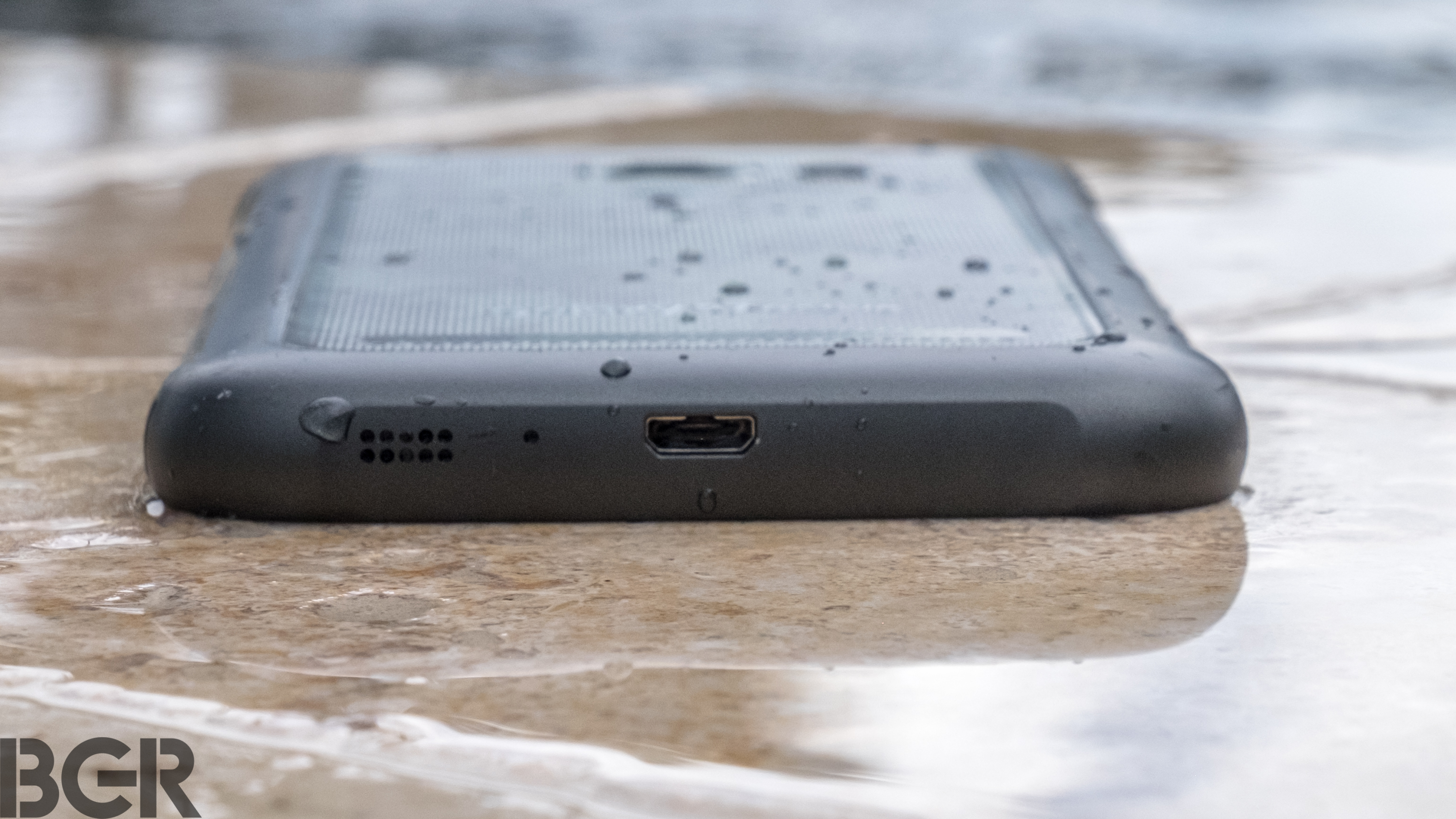 Capacitive touchscreens also have the tendency to stop working temporarily when they get a little bit damp, which can stop you from getting a good photo at the right time. Having the extra side button and the three physical buttons on the front make the phone a lot easier to use when you’re wearing gloves or have sweaty hands. The chunky build means I’m not going to drop it, and if I do, I’m not worried about scratching the screen or shattering the glass.

By the way, that camera is the same unit found in the regular Galaxy S7, and it’s fantastic for adventure use. It has excellent dynamic range so nothing gets washed out in bright sunlight, the camera app is fast and responsive, and the AMOLED screen is excellent for framing shots in bright sunlight. 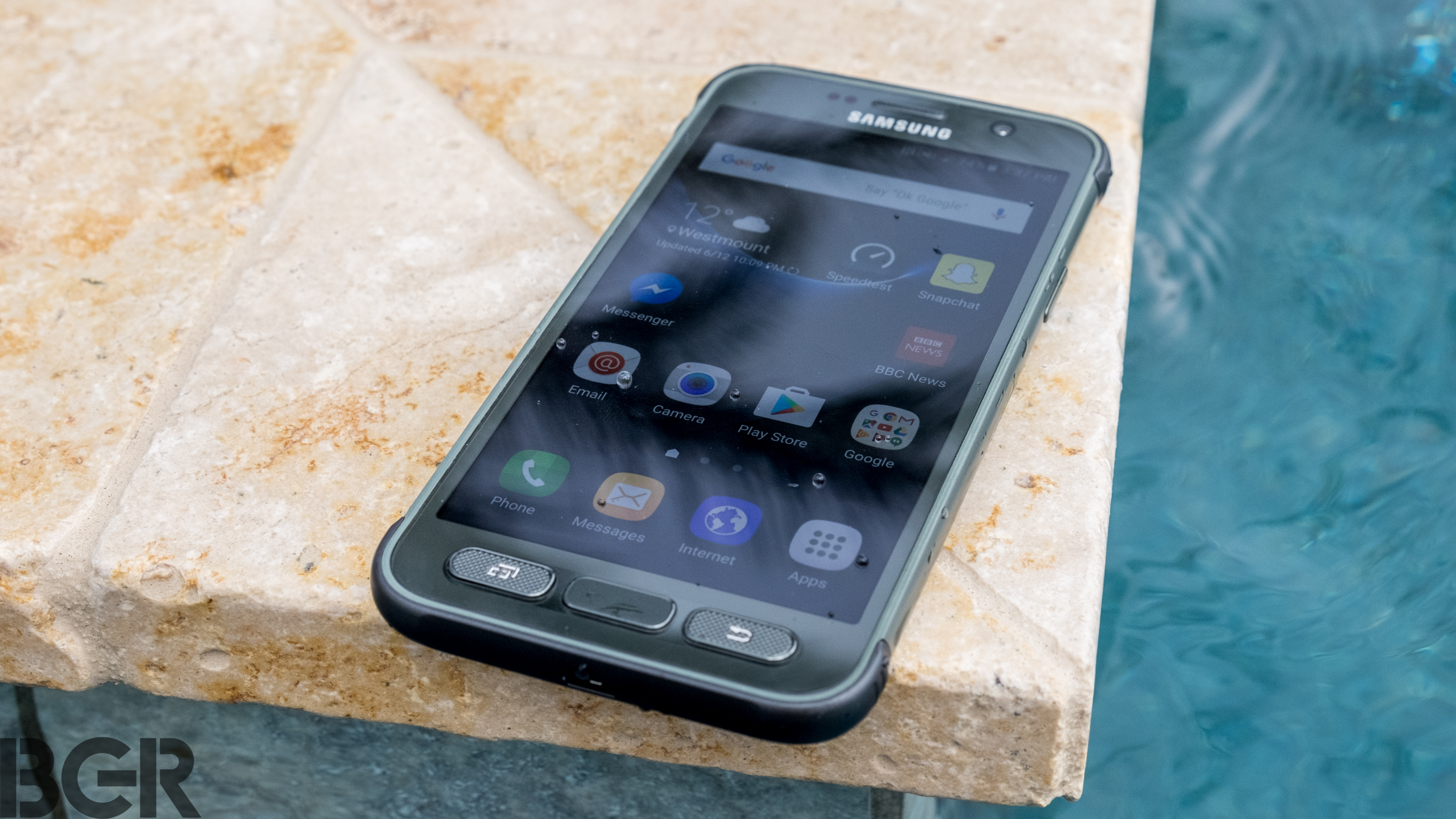 As a piece of hardware to take to the beach with you, the S7 Active is the best phone out there. It manages to do that while also being a legitimate flagship phone to carry around for your 9-to-5, non-beach-based job. There’s still a few drawbacks: the phone is an AT&T exclusive, so you’re out of luck if you want to adventure on another network. AT&T has also loaded up the phone with too much of its own software, so you’re in for a 10-minute deleting party when you first set it up.

But overall, the S7 Active feels like Samsung has finally delivered on the concept it laid out with the first Galaxy Active phone years back: a no-compromises high-end Android phone that doesn’t look out of place on your office desk. Provided you don’t go with the camo color, of course.