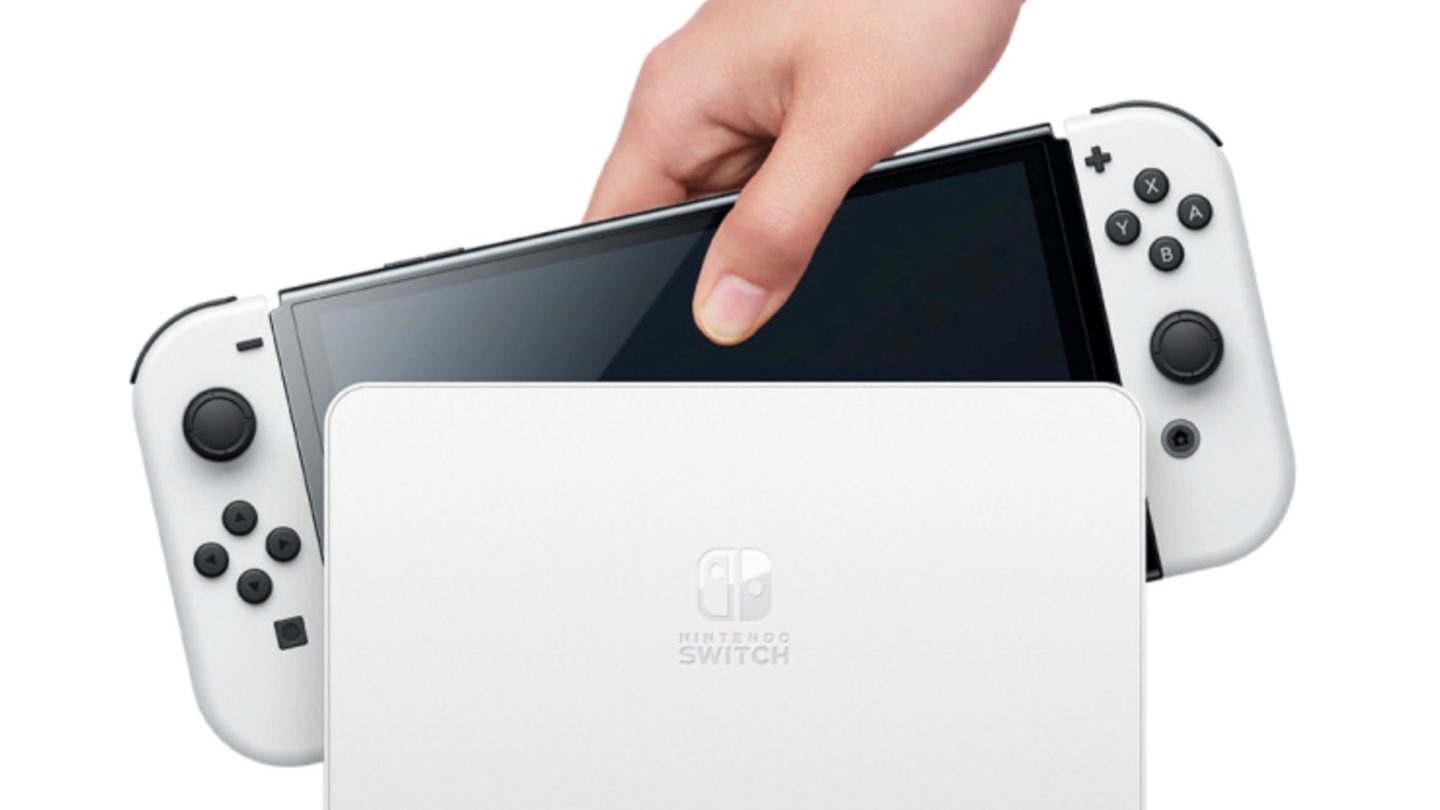 Nintendo surprised fans with the highly anticipated Switch “Pro” on Tuesday. The next-gen console announcement came over the summer, ahead of the fall release date. This is exactly what the rumors said would happen. But the new Switch wasn’t a Pro model.

Fans soon learned that the Switch OLED model would be a lot less exciting than initially expected. The new Switch features a larger 7-inch OLED screen, 64GB of RAM, an improved stand, and built-in Ethernet connectivity for the new dock. But that docking station doesn’t feature the highly-anticipated chip upgrade that would support 4K TV gaming. Initial disappointment aside, there’s some good news about that Switch OLED dock already. You can buy it separately.

The OLED screen is the new Switch’s main feature. The display is slightly larger than before, but the move to OLED is the real upgrade here. Gaming in handheld mode has just gotten a significant boost, and that might be all that matters with this upgrade. Nintendo can afford to do things others in the industry might avoid because the Switch sells so well. The specs don’t mean as much to buyers as long as their favorite Nintendo games come to life on that screen.

The new Switch OLED dock is the console’s second major upgrade. Just as rumored claimed, the dock comes with an Ethernet port, which will improve internet connectivity at home. That’s the kind of upgrade many gamers will appreciate, especially those who play a lot of online games on the TV.

We already learned that the new Switch OLED dock is compatible with the old Switch console and vice-versa. That means you could theoretically buy just the new dock if wired LAN connectivity is all you need from the new Switch generation.

A report from Digital Trends claimed that the new Switch OLED dock could be bought separately. Nintendo then confirmed it to CNET, revealing a huge caveat:

The white dock and black dock will be sold separately (no HDMI cable, no AC adapter, not in a package) on the Nintendo online store. It will not be sold at retail.

Nintendo did not reveal the price for the Switch OLED dock. The current dock sells for $59.99 on the company’s online store. A Nintendo Switch LAN adapter costs $30, so you can add Ethernet connectivity to the current Switch model with an official Nintendo accessory. It’s likely the new dock would cost less than those two combined. The OLED screen is easily the most expensive upgrade for the new Switch model. It’s the kind of upgrade that warrants a $50 price hike. But all of this is just speculation at this point.