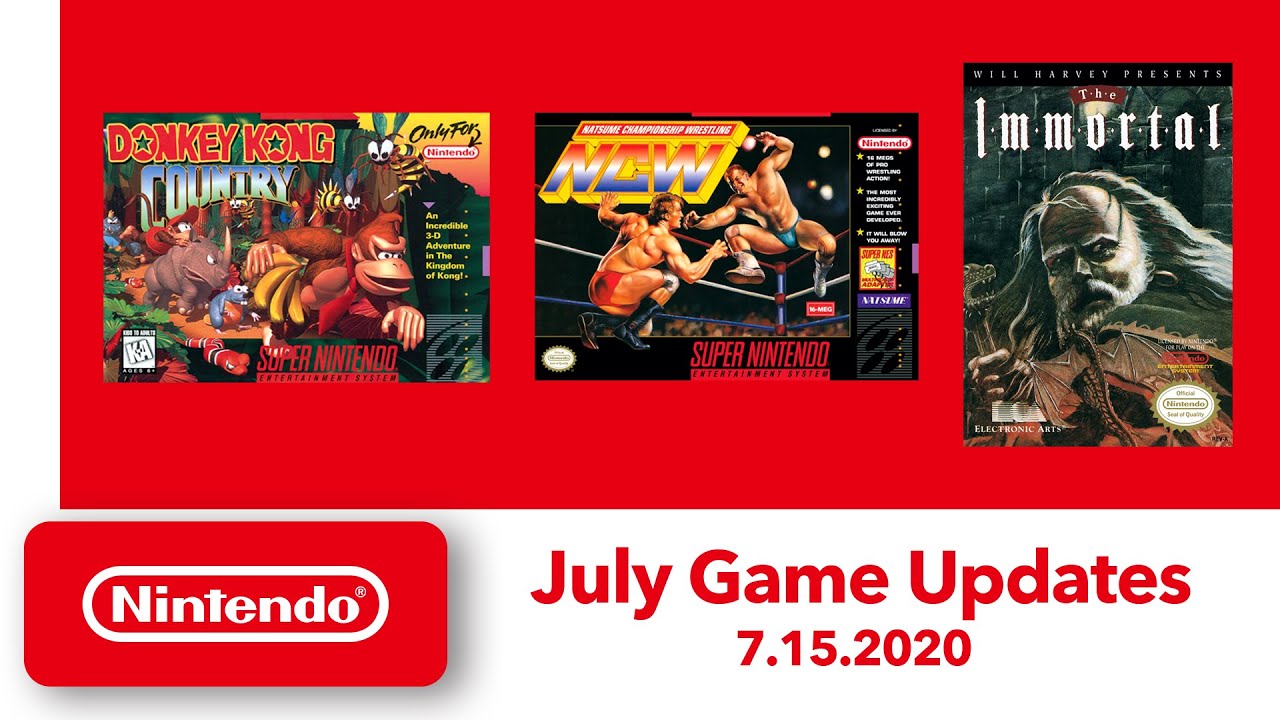 There’s seemingly no rhyme or reason to the timing of Nintendo’s additions to its library of classic games for Switch Online subscribers, but three new games are being added this month after a two-month hiatus. The highlight of the July additions is undoubtedly Donkey Kong Country, which was one of the best platformers ever released for the Super Nintendo and helped put developer Rare on the map before they heyday of the N64.

It’s a good thing that Nintendo picked such an spectacular headliner, because the other games being added to the selection of free games this month are the deepest of deep cuts. On the SNES, Natsume Championship Wrestling is an unlicensed wrestling game based on a conversion of a licensed wrestling game released in Japan. As for the NES, subscribers are getting The Immortal, which is a dark fantasy adventure game that was made for the fifth-generation Apple II. Why we’re getting these instead of the sequels to Donkey Kong Country is a mystery.

Following the release of Animal Crossing: New Horizons in March, Nintendo has let Sony and Microsoft dominate the headlines with news about their next-generation consoles, but, in case anyone at Nintendo is reading this, one way to get our attention would be to bring N64 games to Nintendo Switch Online. Just a thought.