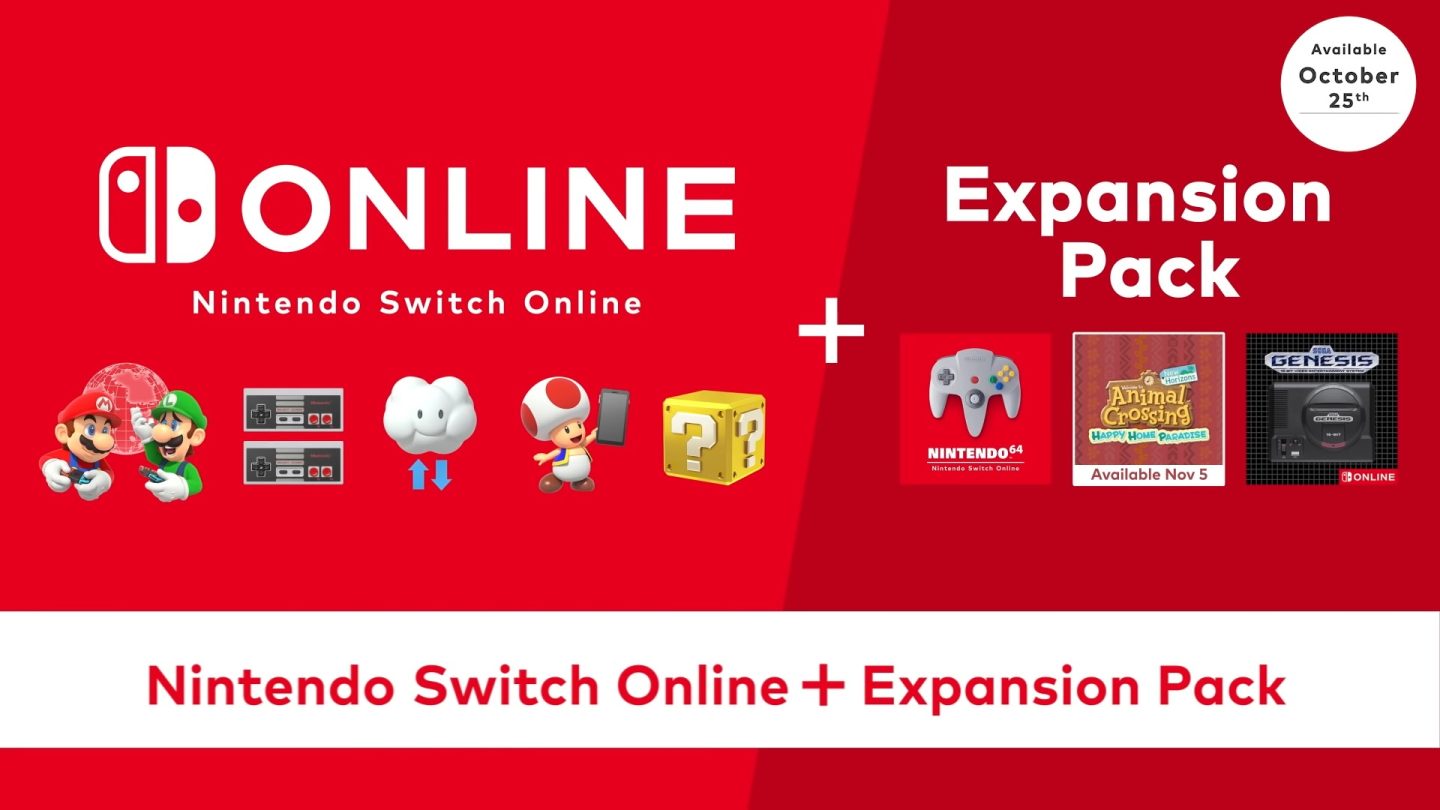 On October 25th, Nintendo Switch owners can pick up the Nintendo Switch Online + Expansion Pack for $49.99. That will grant users access to the standard online services as well as N64 games, Genesis games, and the Animal Crossing: New Horizons DLC — Happy Home Paradise — for a year. Nintendo is also offering a family membership with up to 8 accounts for $79.99 a year.

To put this into perspective, let’s go check out the prices of the standard Nintendo Switch Online plan. For $19.99 a year, you can play games online, store your save data in the cloud, and play over 100 NES and SNES games. You can also snag a family membership for $34.99 a year.

Nintendo is now asking Switch owners to pay more than double that price for a few more retro games and downloadable content for a game they might not play anymore or even own. As it stands, there is no way to subscribe to the new plan without also paying for the Animal Crossing DLC. Nintendo claims that the DLC comes with the plan at “no additional cost,” but that suggests that the Nintendo 64 and Sega Genesis games are worth an extra $30 per year on their own.

Perhaps the strangest part of this announcement is that if you do own Animal Crossing: New Horizons, you will only have access to the DLC while your Nintendo Switch Online + Expansion Pack subscription is active. Once the year is up, you will lose all of the DLC content unless you resubscribe.

The only silver lining is that the Animal Crossing DLC will be available as a separate purchase. Starting November 5th, you can buy Happy Home Paradise for $24.99, and you’ll keep it forever.

Nintendo made a lot of fans angry today

This is a disappointing development for Switch owners and Nintendo fans in general. At this point, it’s abundantly clear that the Virtual Console isn’t making a comeback this generation. Instead, Nintendo wants you to pay $50 a year to play a small selection of classic games that expands on a frustratingly infrequent basis. Despite all of that, Nintendo will undoubtedly cash in.

You can watch a fairly lengthy trailer detailing the Nintendo Switch Online + Expansion Pack below: