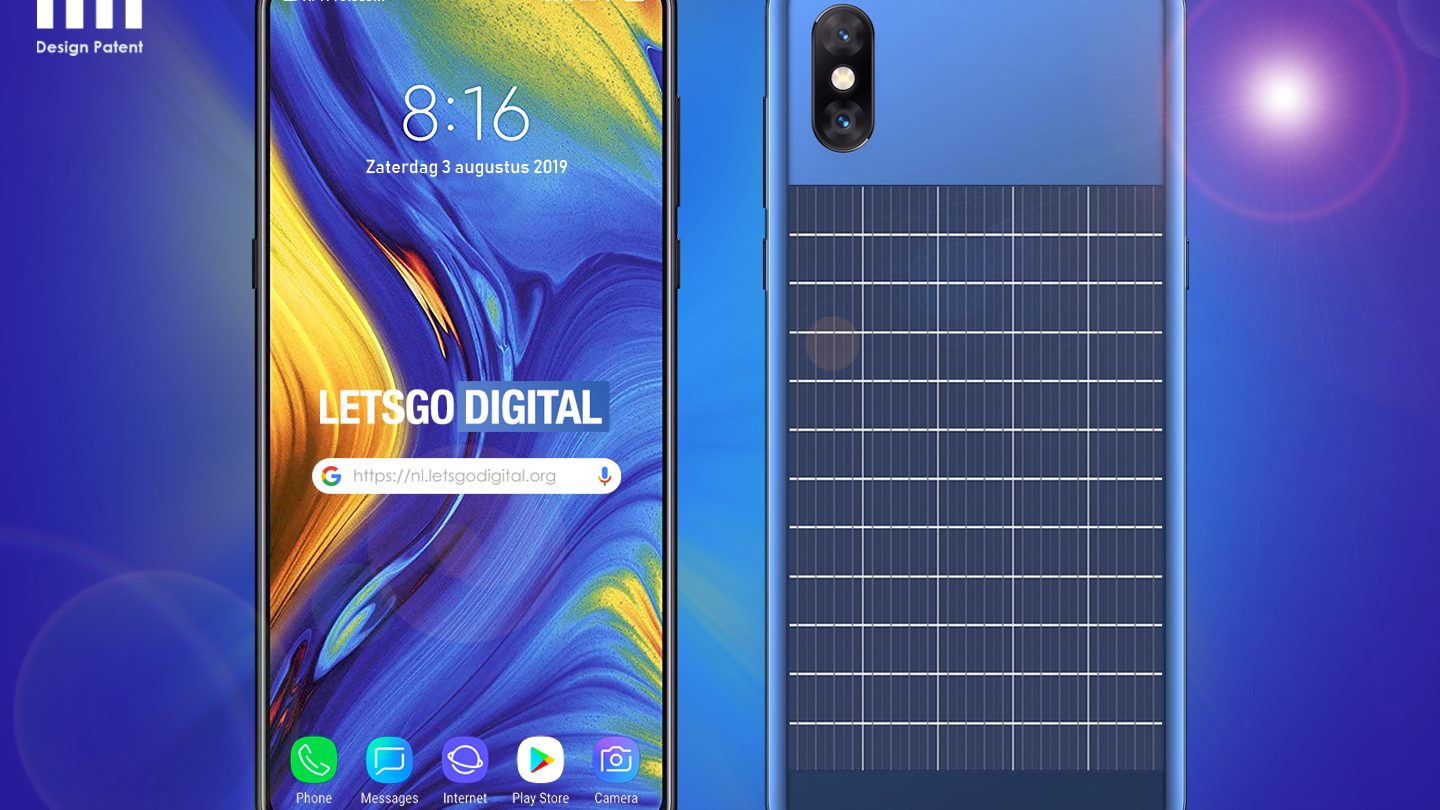 Xiaomi is accused all the time of cribbing some of its innovations from Apple, so much so that it seems practically baked into the DNA of the company. We’ve covered several indications of how that’s the case, but that’s also not to say this Chinese consumer electronics brand also doesn’t strike out on its own at times and display an intermittent innovative streak. The Xiaomi Mi 9 transparent smartphone is one example, and here’s another — according to newly discovered patent documentation, Xiaomi has come up with a design for an eco-friendly smartphone that uses a solar panel to charge itself.

Moreover, the company isn’t calling it the ePhone. Like we said, it doesn’t copy Apple on everything.

In all seriousness, Xiaomi filed its design patent, which depicts a smartphone with a solar cell module on the back, with the World Intellectual Property Office a little more than a week ago (h/t LetsGoDigital). Included with the documentation is a series of sketches that reveal an all-screen smartphone with an integrated solar panel that covers most of the back. It’s not immediately clear where the front selfie camera would be placed, given that the front consists entirely of the screen, and the drawings don’t indicate a notch or hole. On the back, there’s a dual camera with a vertical configuration.

Here’s a look at the phone’s concept design from various angles (while a color rendering is shown above):

It’s not yet apparent whether Xiaomi plans to release a solar-powered smartphone with this design anytime — but as radical as it might seem, there’s actually precedent for it.

LG and Samsung have both previously been down this road. A decade ago, Samsung released two phones with solar panels included — the E1107 and the Blue Earth S7550. Regarding the latter, the solar panel complemented a 1080mAh battery and, per PhoneArena, could power a 10-minute call with an hour’s worth of sunshine. LG, meanwhile, released an optional solar cell battery cover back in 2010 that was meant specifically for the super-compact LG Pop GD510. You could power a 2-minute phone call by keeping the cover out in the sun for 10 minutes.

Suffice it to say, you don’t see this kind of thing often in handsets, so it would be a big deal if Xiaomi tried to go down this route. Companies like Apple and other smartphone manufacturers are increasingly putting their efforts toward sustainability and eco-friendly design (and business operation) front and center, so there’s always a chance we may see a product like this in the near future.