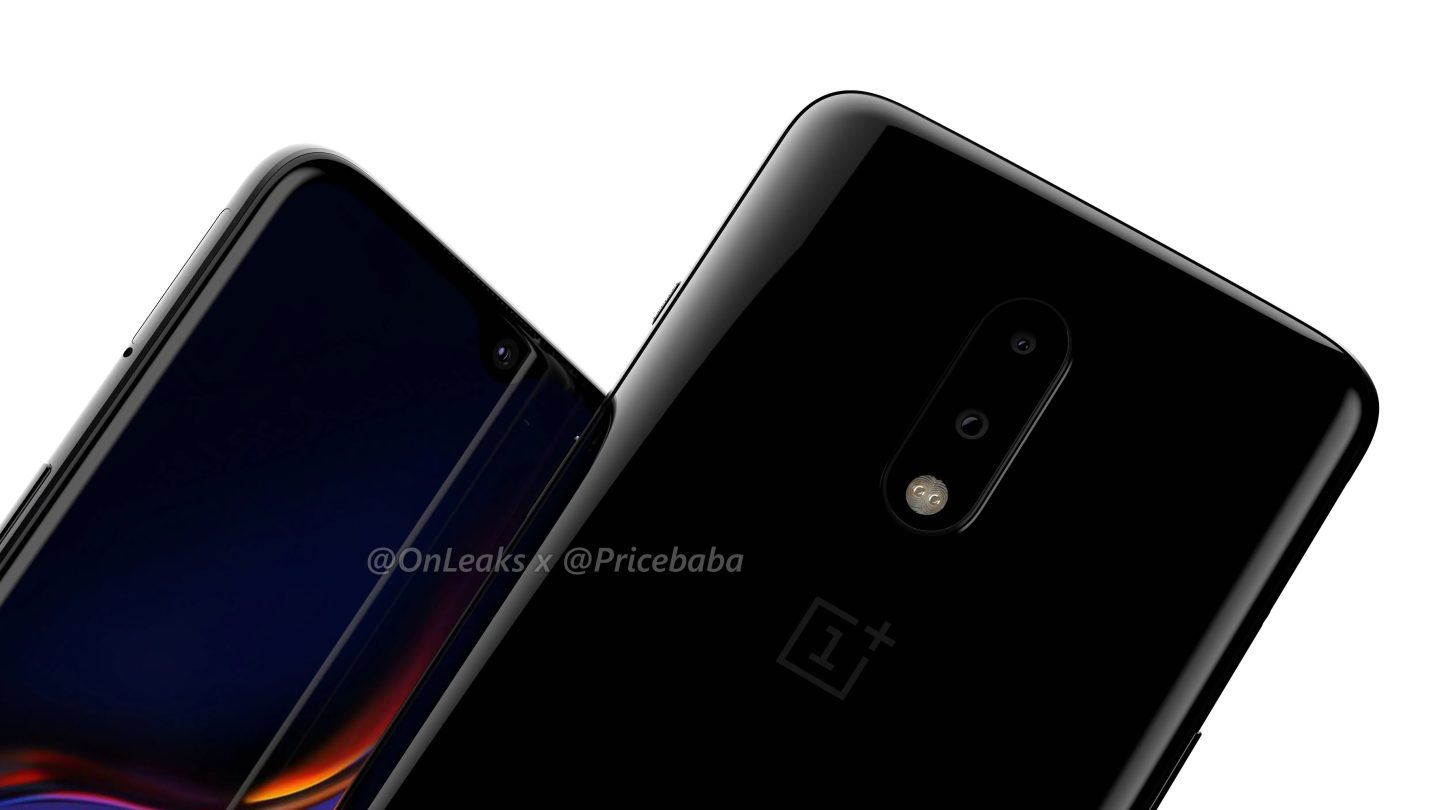 Samsung has sucked a lot of the air out of the room with its Galaxy S10 series, Galaxy Fold, and soon-to-be-revealed Galaxy Note 10, but there are plenty of other noteworthy Android flagships set to launch in 2019. One such device is the next phone from OnePlus, which has been exposed by several leaks in recent weeks.

If the latest rumors are to be trusted, we could be less than a month out from the launch of the OnePlus 7 family of smartphones, with a brand new Pro model in the works that could help the brand compete with its biggest rivals. But today, we’re going to focus on the standard OnePlus 7, which has appeared in a series of renders as well as a video produced by Twitter leaker @OnLeaks and India-based tech news site Pricebaba.

Based on the renders concocted by Pricebaba, the standard OnePlus 7 model will be virtually indistinguishable from the OnePlus 6T. It appears to feature a similar display size, the same water drop notch design, identical placement for ports and buttons, and a lack of headphone jack. In other words, no big surprises, design-wise:

In fact, the only noticeable difference highlighted in the renders is the LED flash, which has been moved inside the camera module, as opposed to sitting outside of it as it did on the OnePlus 6T. Rumored specs include a Snapdragon 855 processor, 6GB of RAM, a 4,150 mAh battery (with Warp Charging support), a Full HD+ AMOLED display, an in-display fingerprint sensor, all running on Android 9.0 Pie.

The leak we cited earlier suggests that the OnePlus 7 and OnePlus 7 Pro will launch on May 15th.