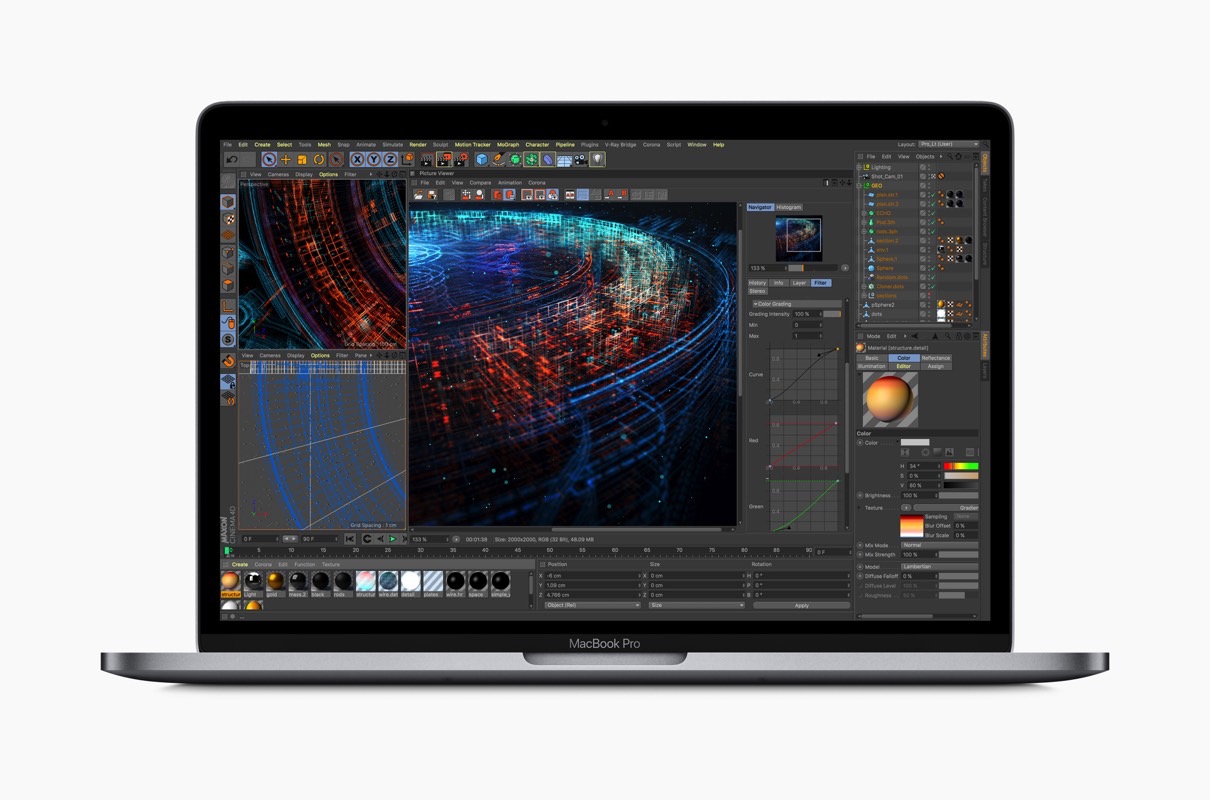 Earlier this month, Apple quietly rolled out a set of internal updates to the MacBook Pro range. Some of those changes, like updated Intel processors, were obvious and welcome. Others, like the new membrane that makes the keyboards less vulnerable to stray specks of dust, were unexpected but still beneficial. But some of the changes, like the fact that the laptops seemingly can’t run at their maximum speeds due to overheating, or that data can’t be recovered from the storage drive if the motherboard breaks, is far less welcome.

Since 2016 when Apple launched the first MacBook Pro with a Touch Bar, the solid-state drive (SSD) has been soldered directly to the logic board. That means that in the case of a logic board failure, there was only one way to extract data from the SSD. Apple kept a tiny proprietary port on the logic board, and by taking your laptop to a Genius Bar and having them use proprietary equipment, you could oftentimes retrieve data from the SSD.

But thanks to a teardown from iFixit, we now know that the data recovery port has vanished. According to MacRumors sources inside Apple, that’s because there’s now no way to recover data from a MacBook Pro with a defective logic board:

Multiple sources claim that data cannot be recovered if the logic board has failed on a 2018 MacBook Pro. If the notebook is still functioning, data can be transferred to another Mac by booting the system in Target Disk Mode, and using Migration Assistant, which is the standard process that relies on Thunderbolt 3 ports.

To an extent, the change makes sense. Drive encryption now relies on custom hardware within the MacBook (that T2 chip), and without both the encrypted data on the solid-state drive and some way of decrypting it using the T2 chip, there’s no way to recover the data, even if the MacBooks still had that data recovery port. But if someone has drive encryption turned off, this now means that a failure of a completely different component on the logic board can kill all of your data. Of course, it’s easy to say that you should keep an up-to-date backup on a different storage medium — and you should! — but that takes time and money that some people just don’t have.

Of course, this entire problem stems from Apple’s original decision to use solid-state storage soldered directly onto the logic board, rather than the removable modules that were found in MacBook Pros for a decade. Complaining about Apple’s decision to move away from user-replaceable parts is, of course, not a new thing, but this is a perfectly good example of a particular negative side-effect that could be avoided by sticking with a more universal design.