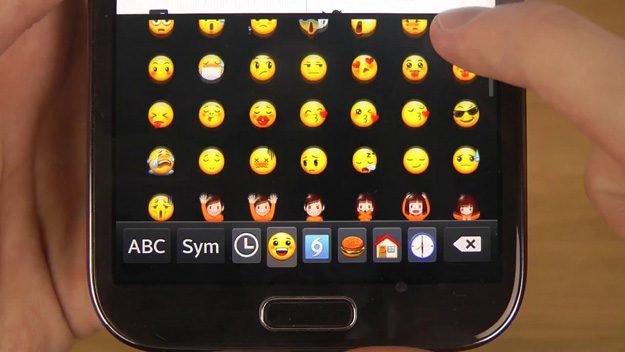 Emoji may have been popularized in the United States by iPhone users, but Android fans have wholeheartedly embraced the trend. People young and old use these expressive little graphics to communicate, because sometimes a dancing girl emoji is worth a thousand words. Well, if you’re an Android user, we have good news and bad news for you. The good news is that a whole bunch of new emoji are set to hit the Android platform beginning next week. The bad news is you won’t be able to use any of them.

Google’s Nexus devices are terrific for Android fans looking for the purest available software experience, but they make up a microscopic portion of the Android market. Next week, they will be the only devices with access to the new wave of emoji set to wash over Android.

Look! New emoji coming to #Nexus next week. Fonts and tech details shared with OEMs to include in their updates too. pic.twitter.com/GwvKw2d67p

Google’s SVP of Android Hiroshi Lockheimer announced on Twitter Thursday morning that the new emoji will arrive next week as part of an update to Android’s keyboard and fonts. While the update will be made available to Google’s Android vendor partners at the same time, it could be several months — or even longer — before any non-Google devices receive the update.

When asked when the new emoji might arrive on non-Nexus devices, Lockheimer gave the only response he could. “OEMs decide their own update schedules,” he said.

As for which new emoji will be added in the update, all we’ve seen so far are a unicorn, a lion and a crab.

UPDATE: Here’s a look at all the emoji coming in next week’s update.