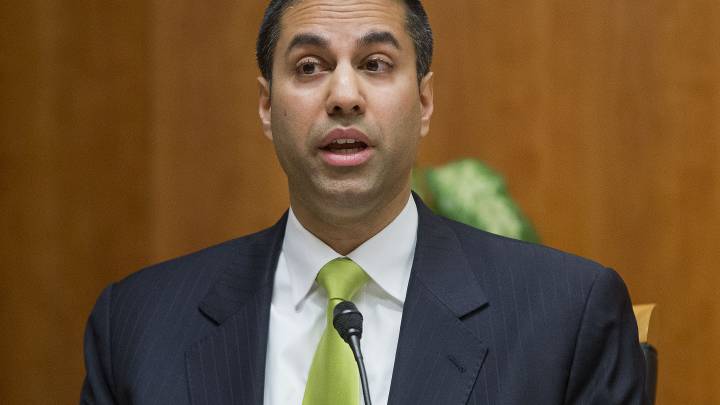 With the FCC set to vote on a proposal to dramatically overturn current net neutrality regulations next month, the contentious debate over how internet content should be regulated, if at all, has been all the rage in recent weeks.

As FCC chairman Ajit Pai would have you believe, the proposed regulations will be a net positive for the industry.

“Under my proposal, the federal government will stop micromanaging the internet,” Pai said in a statement last week. “Instead, the F.C.C. would simply require internet service providers to be transparent about their practices so that consumers can buy the service plan that’s best for them.”

With no net neutrality regulations in place, telecom companies will have the power to prioritize traffic from favored websites and theoretically charge consumers more money to access websites deemed to be competitive.

A contentious debate, to be sure, even members of the FCC have come out and voiced strong opposition to Pai’s proposal. Just a few days ago, former FCC chairman Tom Wheeler came out guns ablazin’ and completely thrashed what Pai is trying to do:

The Trump FCC’s proposal to eliminate the over-two-year-old Open Internet Rule is a shameful sham and sellout.

A fair and open internet is the backbone of the digital economy. The FCC has sold out to the wishes of the companies it is supposed to regulate over the consumers it is supposed to protect. For more than a decade, previous Republican and Democratic FCCs have tried to bring fairness and balance to the delivery of the internet to consumers. Every one of those efforts has been opposed by the corporations that consumers rely on to deliver the internet. Now the Trump FCC has simply cut to the chase, there is no need for the big companies to sue—they’ll just be given everything they want.

Even more damning, though, are allegations that some folks, or perhaps entities, are trying to make it seem as if support for Pai’s net neutrality overhaul is far more popular than it really is. Indeed, New York AG Eric Schneiderman recently wrote an open letter to the FCC with some harrowing accusations:

Yet the process the FCC has employed to consider potentially sweeping alterations to current net neutrality rules has been corrupted by the fraudulent use of Americans’ identities — and the FCC has been unwilling to assist my office in our efforts to investigate this unlawful activity.

Specifically, for six months my office has been investigating who perpetrated a massive scheme to corrupt the FCC’s notice and comment process through the misuse of enormous numbers of real New Yorkers’ and other Americans’ identities. Such conduct likely violates state law — yet the FCC has refused multiple requests for crucial evidence in its sole possession that is vital to permit that law enforcement investigation to proceed.

The vote on overhauling current net neutrality regulations is set for December 14.