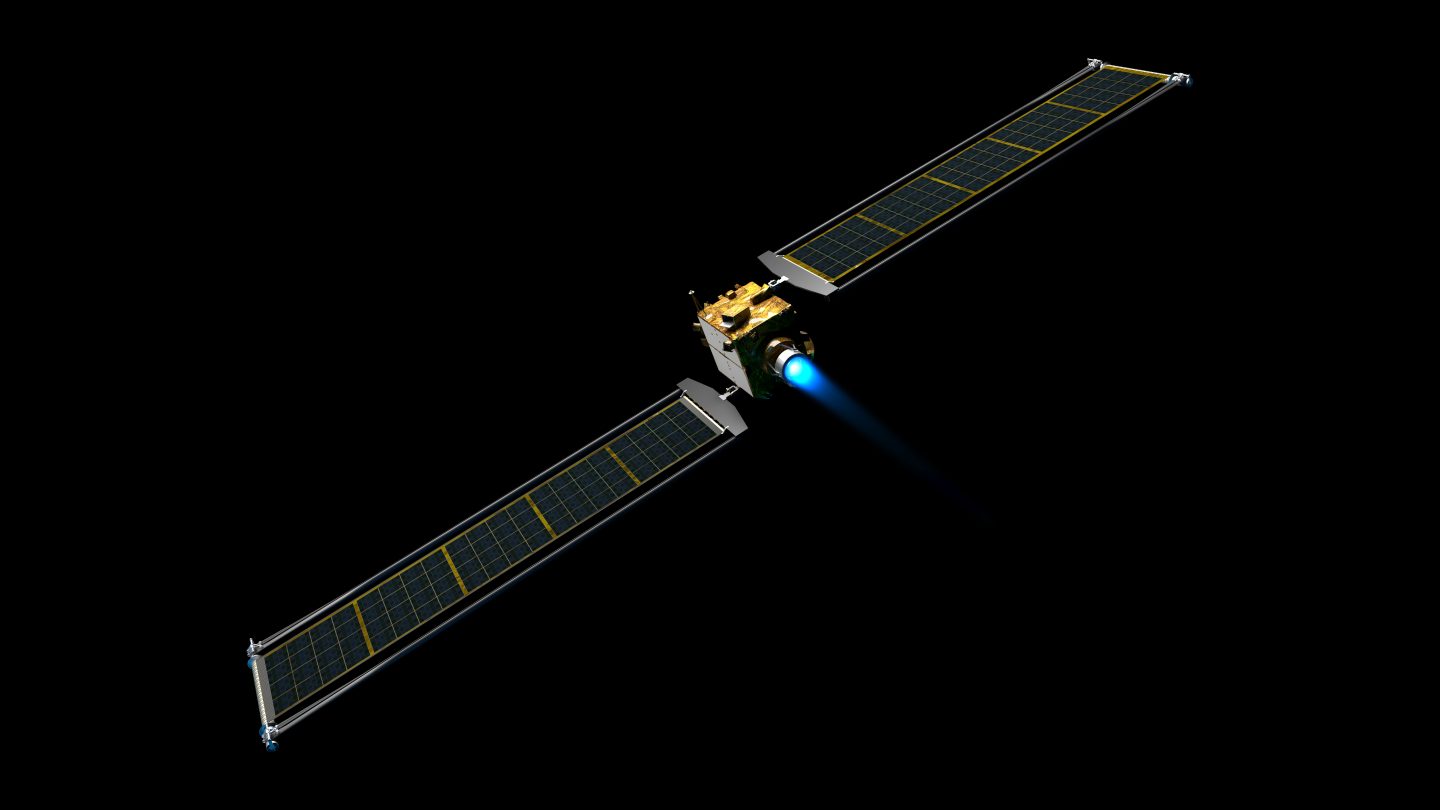 NASA will launch a multimillion-dollar spacecraft today, with plans to crash it into an asteroid in 2022, as a test for a possible asteroid defense system.

It’s the first test of a new planetary-defense system that NASA has created to help keep asteroids in check. NASA is already tracking large asteroids slated to pass close to the Earth. In 2018, another asteroid hit the Earth. If successful, the test could give us a way to protect Earth from asteroids on a path to collide with the planet.

NASA designed the new spacecraft to act as a battering ram. Essentially, the craft will hurtle towards an asteroid and slam into it in an attempt to change its course. The asteroid that NASA is testing on, called Dimorphos, isn’t a threat to Earth. However, the organization wants to ensure the system works should it ever be needed in the future.

The spacecraft, which is called the Double Asteroid Redirection Test (DART), will launch on November 23, from California. The targeted asteroid is part of a pair that travel together. Dimorphos, the asteroid NASA hopes to redirect, currently orbits Didymos, which is five times larger and orbits the sun. If the launch is successful, DART will arrive at the asteroids in late September or early October of 2022. Upon arrival, the spacecraft will slam into Dimorphos at 6.6 kilometers per second. The impact should shrink the asteroid’s orbit, making it 73 seconds faster than before.

Why NASA is testing asteroid-busting tech

The Earth is hit by small asteroids and fragments all the time. Most disintegrate in the atmosphere or fall to the ground as harmless meteorites, though. NASA is looking for ways to battle the asteroids, as the organization has found multiple asteroids with paths that come close to Earth. The organization is concerned that a new asteroid could appear with a path aimed directly at the planet. If that asteroid were large enough to cause serious consequences, NASA wants to be ready to fight back.

Scientists have proposed several ideas for battling such asteroids, including the development of nuclear weapons. Other ideas include using spacecraft to tug on the gravitational forces of an asteroid in an attempt to change its path. Another asteroid defense system, and the one NASA is now testing, involves smashing an expensive spacecraft into the space rock.

After DART smashes into the asteroid, a small probe funded by the Italian Space Agency will fly by, to photograph the aftermath. The probe will travel as part of DART and will release 10 days before the impact. The European Space Agency’s Hera mission will pass by the location in 2026 to take more detailed photographs.

Altogether, DART will provide a lot of useful information about how impacts can affect asteroids’ trajectories. Of course, this is just one way that NASA is testing for possible defense methods. We could see more drastic measures in the future.