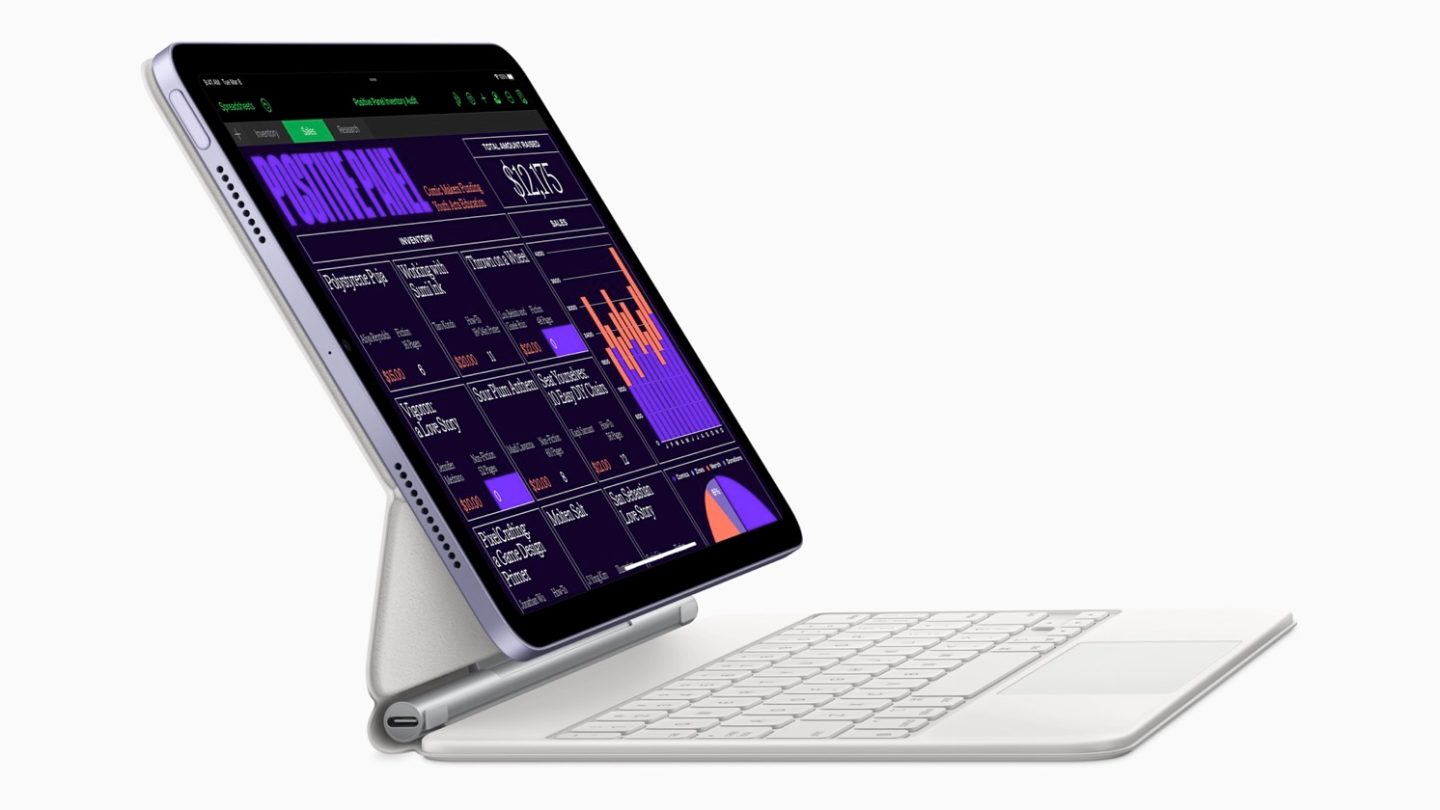 Last-minute iPad Air 5 rumors said on the day of Apple’s press event this week that the new mid-range tablet will feature the same M1 System-on-Chip (SoC) as the 2021 iPad Pros. That was an exciting claim that, weirdly, made sense. Hours later, Apple confirmed it all and dedicated ample time to the iPad Air 5’s massive performance boost that the M1 makes possible.

Separately, rumors earlier this year said Google has a renewed interest in Android tablets, a product category it largely ignored. We speculated at the time that Google might launch a Pixel tablet alongside the Pixel foldable handset to demonstrate the capabilities of Android 12L-powered tablets. And Google just confirmed that it plans to invest more resources into Android tablets.

But the M1 iPad Air 5 is now a massive nightmare for Google and anyone else manufacturing affordable Android tablets.

The M1 chip is the first-gen custom SoC that Apple brought to Macs. It powers the 2020 MacBook Air, MacBook Pro, and Mac mini; and the 2021 iMac. But last year, Apple did something unexpected by using the M1 inside the iPad Pro. We told you back then that the M1 delivered more computing power to Apple’s best tablet than it can use. And Apple explained that developers will be able to use the extra resources to provide new experiences to iPad.

Fast-forward to the iPad Air 5 announcement, and Apple spent a lot of time talking about the M1 performance. The 8-core M1 CPU delivers up to 60% faster performance than the A14 Bionic in the iPad Air 4, Apple said. But Apple didn’t stop there.

“M1 in the new iPad Air makes it faster than the fastest competitive tablet,” Apple said, without mentioning any brands or products. But the company also noted that the iPad Air 5 is up to two times faster than the best-selling Windows tablet in its price range. That’s a device that is “three times thicker and four times heavier than iPad Air.” Android tablets never came up.

While explaining the M1 iPad Air 5’s capabilities, Apple also detailed another exciting development for the tablet. In the next version of Swift Playgrounds, iPad Air 5 users will be able to design and submit apps to the App Store right from the iPad. That’s not to say that the iPad Air 5 will become a developer’s main computer. But it could serve as one if needed.

The iPad Air starts at $599 for the 64GB version, which is an incredible price for a device featuring the M1 SoC. There’s no comparable mid-range Android tablet in town. That’s $200 cheaper than the 128GB 11-inch iPad Pro, which has the exact size as the iPad Air.

Except for 120Hz ProMotion support, the M1 iPad Air features the same high-end display. And it offers the same battery life estimate as the 11-inch iPad Pro.

The M1 iPad Air 5 comes with an upgraded USB-C connector that sports twice the speed of the previous one, although it’s not a Thunderbolt/USB 4 port like on the Pro tablets. But it supports the same accessories as the Pro, including the Apple Pencil (2nd generation) and the Magic Keyboard.

Finally, there’s 5G support which might be a must-have connectivity option for some people.
The M1 iPad Air 5 is practically a variation of the best iPad in town, which has no rival itself. We already saw this with the iPhone. The iPhone SE 3 is an iPhone 13 in iPhone 8 clothing. The only downside with the new iPhone SE is the smaller display. But both the iPad Air 5 and iPhone SE 3 are huge nightmares for Android.

Google’s Android tablets will be a tough sell

Miner said during an episode of Google’s The Android Show that Android tablets have kind of stagnated in recent years. And that’s something of Google’s own doing, which lost sight of the bigger screen Android devices.

But Miner said that growth took off before the pandemic and rose since late 2019. Miner noted that Android tablets can be “very capable, less expensive than a laptop.” And that’s why Google started work on Android 12L, determined to make the operating system more friendly for tablets.

That kind of talk would make anyone realize how exciting the M1 iPad Air tablet is. It’s exactly the kind of tablet that Miner is describing. It’s less expensive than a tablet, and it runs an operating system optimized to serve a larger screen. Moreover, it delivers performance beyond what similarly-priced Android and Windows tablets can provide. Again, it’s a big nightmare for Google’s big Android push.

Getting back to Miner, the exec encouraged developers to use Google’s tools to transform their apps that can serve Android tablets. He said that tablet sales will soon surpass laptop shipments. “I actually think there’s going to be a crossover point at some point in the not too distant future where there are more tablets sold annually than there are laptops. I think once you cross over that point, you’re not going to be coming back,” he said.

But it’ll take plenty of time for any tablet vendor to match the M1 iPad Air 5. There’s just no way Google, Samsung, Lenovo, and other big names in the Android camp can come up with a tablet to rival the M1 iPad Air 5 anytime soon. The closest thing we have is the brand new Galaxy Tab S8, which is Samsung’s best possible tablet, starting at $699.99. But that’s not the kind of mid-range Android tablet that many people will buy.