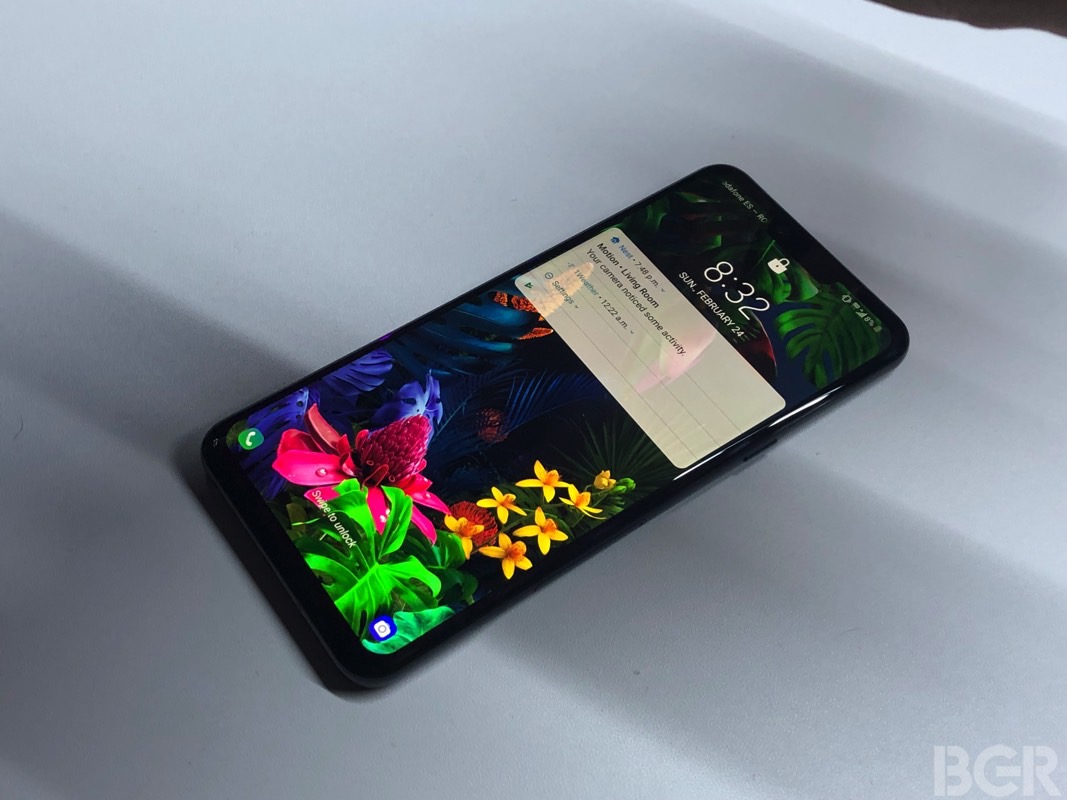 LG Electronics unveiled its latest flagship, the G8 ThinQ, only last month at MWC in Barcelona, where the handset got plenty of attention for features like its minimalist design, touchless controls and innovative audio experience. And now we know when the device will arrive on the market here in the US — exactly two weeks from today.

The phone will be available starting April 11th in the US from all major wireless carriers as well as national retailers like Best Buy. Pre-orders start on Friday, and pricing begins at $819.99 alongside a variety of promotional offers.

Those discounts could be as much as $150 or more off the device, depending on your wireless provider and retailer. T-Mobile, for example, unveiled its promotional offer for the phone today — $200 off the price tag, plus an additional savings of up to half off via monthly bill credits when you trade in a qualifying device. You can also add a new line on T-Mobile’s Equipment Installment Plan to get this offer, for which T-Mobile pre-orders begin on April 5, or you can pick one up in a T-Mobile store starting April 12.

In terms of the device itself, the G8 ThinQ comes with a 6.1-inch QHD+ OLED screen, new “Crystal Sound” OLED speaker technology that uses the display as an amplifier, and front-facing sensors for touchless control. You’ve also got color finish options of Aurora Black, New Platinum Gray or Carmine Red, and the phone comes with 128GB of internal storage.

“LG G8 ThinQ has features never before seen on a phone and was meticulously designed to give consumers the latest technology from LG,” said William Cho, president and CEO of LG North America, who went on to call this model “LG’s most innovative smartphone yet.”

Among the other specs, the chipset included is Qualcomm’s Snapdragon 855. You also get a 3,500mAh battery, Android Pie 9.0 for the OS and biometric tech including Hand ID — which will identify you according to the veins in your hand — as well as 3D Face Unlock and a capacitive fingerprint sensor.