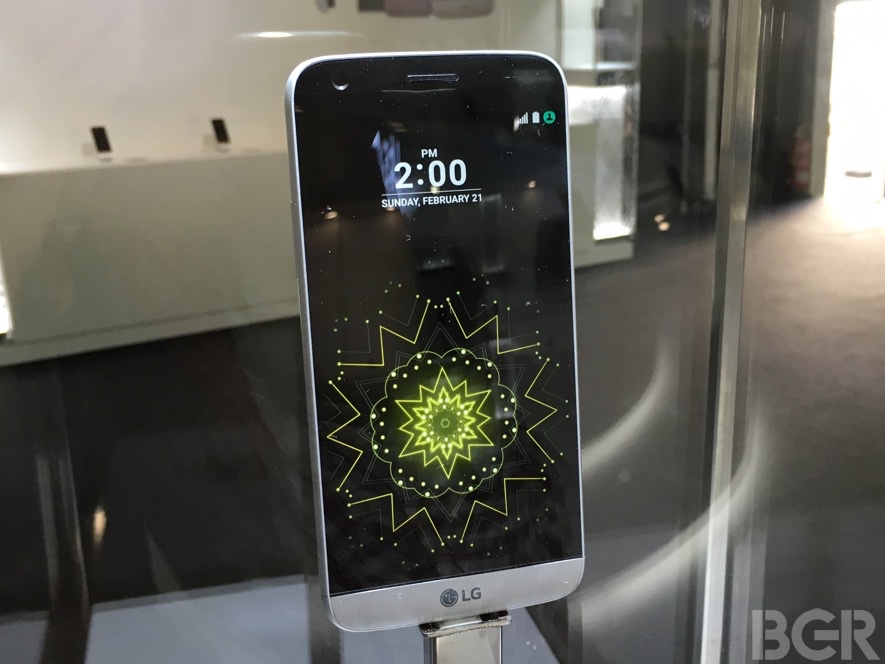 For the past couple of years, LG has held its own dedicated events in order to unveil its flagship phones. That changed on Sunday when LG took the stage at its Mobile World Congress event, dubbed Play Begins, to unveil the LG G5.

Not only is the venue relatively untraditional for LG, but the phone is as well. Unlike last year’s G4 and the G3 before it, the G5 features an all-metal casing and rounded edges — an almost unrecognizable redesign.

As for specifications, the G5 features a 5.3-inch, 2560 x 1440 QHD display, Qualcomm Snapdragon 820 processor, 4GB of RAM, 32GB of internal storage (with microSD card slot for expandable storage), a removable 2,800 mAh battery and its all runs on Android 6.0 Marshmallow.

As leaks revealed earlier this month, the G5 also has an always-on display, which shows users notifications, the time and the battery status by illuminating just one small region of the screen.

Additionally, LG has made significant changes to its camera. The G5 comes equipped with a dual rear camera setup, one with a 78-degree standard lens and another with a 135-degree wide-angle lens, which LG says is “the widest available on any camera.” The front camera comes in at a far less exciting 8 megapixels.

But the real story here is the modular design that LG has brought to its flagship line. Hardware customization isn’t traditionally a priority for smartphone vendors, but LG is trying something completely fresh in 2016, allowing customer to transform their G5 into a “digital camera, hi-fi player and more” with separate modules which can attach to an expansion slot on the phone.

The first module that LG announced at its Play Begins event was the CAM Plus, which is meant to “deliver a comfortable grip and convenient control of a DSLR.” It features auto focus, exposure lock and physical buttons for power, shutter, record and zoom, much like a standard DSLR camera. Plus, it brings an additional 1,200 mAh battery capacity to the phone.

The Hi-Fi Plus with B&O Play was the second (and final) module announced at Play Begins. It’s a portable audio player that supports high-definition audio playback and can either be used with the G5 or as a standalone digital audio chip to connect to any other smartphone or PC.

Along with the two modules, LG brought several other devices, called LG Friends, to the event as well. These are the six that were unveiled on Sunday:

All of these devices will be manageable through the Friends Manager app.

There was no further information regarding a price or release date for the device, but it’s great to see LG trying something out of the ordinary in a year when iterating is far more common than evolving.