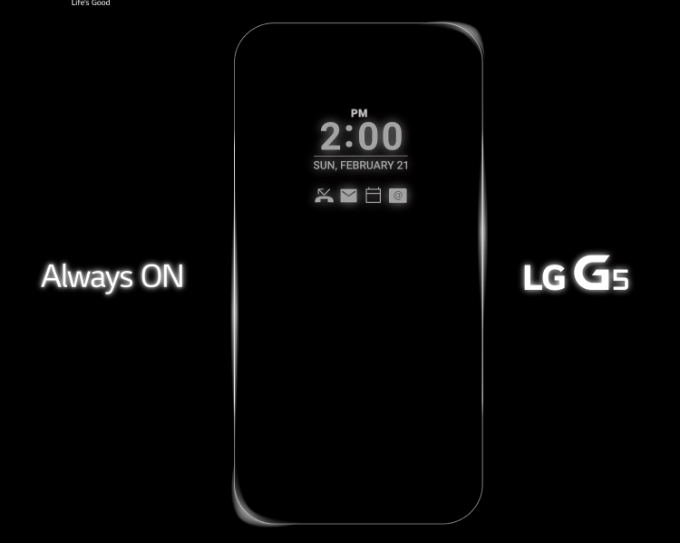 LG really can’t wait to launch the LG G5 already. The company confirmed a few days ago in a tweet that the handset will be unveiled on February 21st, but deleted it rather quickly, pretending it never mentioned it. However, LG’s social team is back saying the G5’s name out loud, this time on Facebook.

The company posted a short message a few hours ago, alongside a GIF animation that offers us the confirmation of a first feature coming to this particular Android handset.

“Never go asleep while others do,” the company said. “LG G5, Always ON,” LG added, posting the following GIF animation.

What’s interesting is that just the other day, a Samsung trademark application filed on February 2nd was discovered for – you may have guessed it already – “Always On Display.”

It seems that Samsung is also interested in this particular type of technology, first seen on Android a few years ago when Motorola turned it into a major Moto X feature.

Whatever the case might be, it looks like these two Korean giants are both going to use always on displays in future devices. And we might even see legal trouble, assuming Samsung gets its trademark.