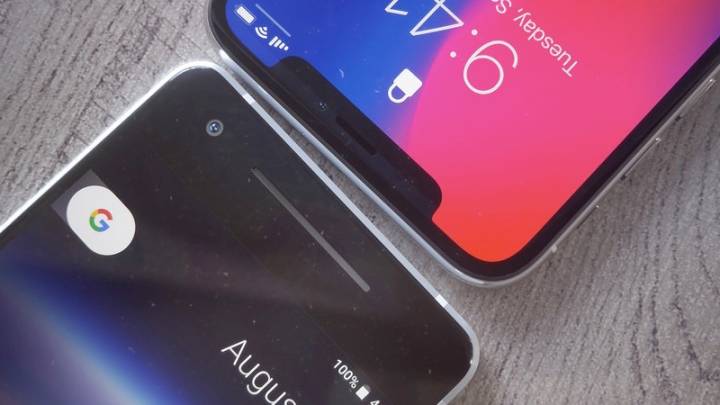 Ever since the original iPhone changed the game in the mobile business, handset makers have tried to offer buyers bigger smartphones, larger screens, and tinier bezels.

Thus, the battle of the bezels isn’t new, and some smartphone makers used the screen-to-body ratio as a selling point for a few years now. But 2017 will be remembered as the year of the all-screen smartphone design.

So who’s got the smallest, best-looking bezels of them all?

Michael Kukielka’s image below tries to answer that question. He only focused on the top and bottom regions of various new phones, including the Galaxy Note 8, the Huawei Mate 10, the iPhone X, the LG V30, and the Pixel 2 XL.

What Apple has done with the iPhone X display is remarkable. No other smartphone maker comes close to that, although, yes, the TrueDepth camera notch is hideous.

If you want symmetry, the LG’s V30 does a great job at minimizing those bezels. The Pixel 2 XL, also made by LG, has bigger bezels because Google wanted dual front-facing speakers on this year’s Pixel handsets — roll-eye emoji.

Reddit user myaltimateform came up with an even better variation of that image to show the bezel size on various handsets (see above). This comparison also includes the Essential Phone, which has a notch of its own, and features a side view of every phone. Again, there are no smaller bezels than on the iPhone X’s when it comes to the top and bottom sides. The Galaxy Note 8, with its slightly curved Edge display, has no side bezels.