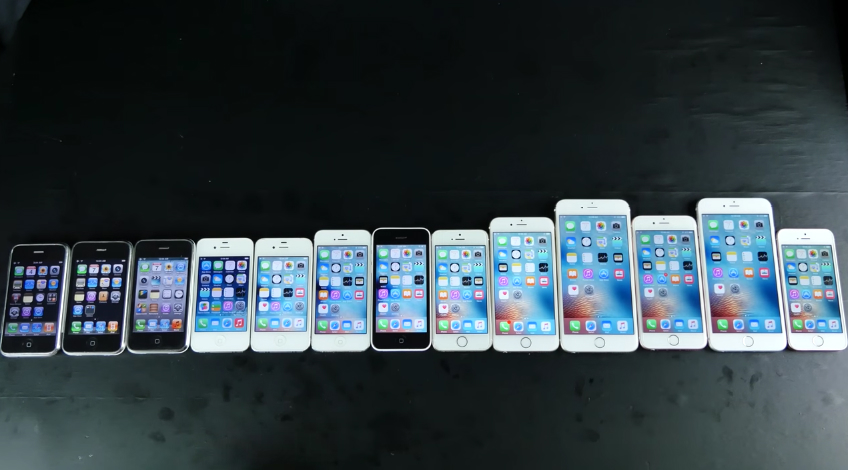 Apple revolutionized the smartphone business 10 years ago when it introduced the first iPhone. After its first big launch in 2007, Apple has since launched 13 distinct iPhone models. Here they are, in chronological order: iPhone, iPhone 3G, iPhone 3GS, iPhone 4, iPhone 4S, iPhone 5, iPhone 5s, iPhone 5c, iPhone 6, iPhone 6 Plus, iPhone 6s, iPhone 6s Plus, and iPhone SE . And now one YouTube user has created a massive performance comparison featuring all models, from the old iPhone to the recently released iPhone SE.

Regardless of whether you’re an iPhone user or not, the video is certainly impressive, as pulling off such a complex side-by-side comparison isn’t easy. Check out EverythingApplePro’s full clip below.