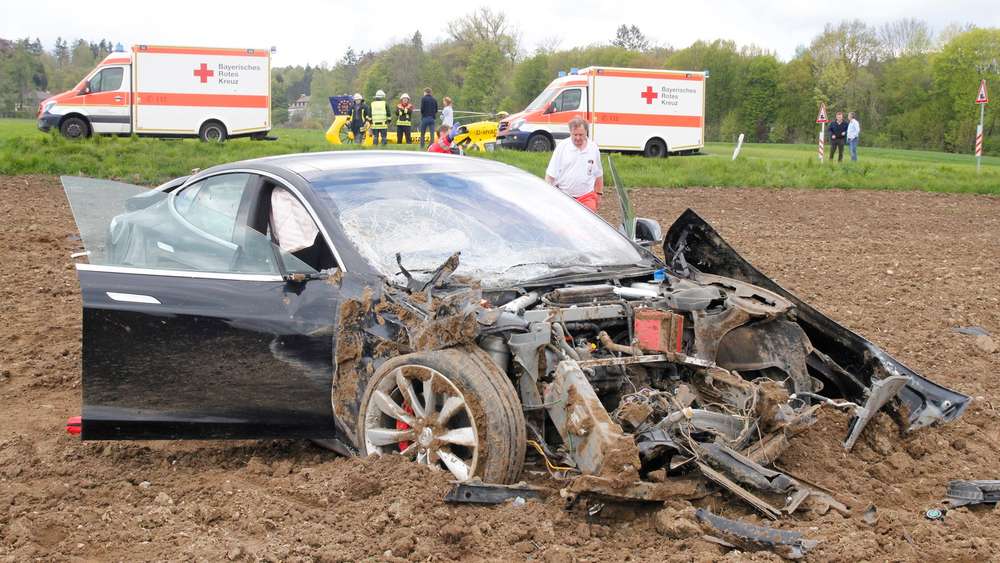 Tesla is the most talked about carmaker these days, and a new report goes to show why buyers are impressed with the company’s designs. This time, we’re not talking about impressive efficiency or smart features, but about build quality and durability. A Model S was recently involved in a terrifying accident, but the five occupants of the vehicle escaped unharmed. The car’s driver lost control in a turn, the car flew 25 meters (82 feet) in the air, and rolled over at least once after crashing in a field at full speed.

These images are a testament of the accident’s brutality, but also speak for Tesla’s manufacturing skills.

An 18-year old was behind the wheel of her father’s Model S in Pullach, Germany, and she lost control of the vehicle while driving at excessive speeds. The five people in the car were able to exit the car without the help of the first responders, Electrek says. They sustained “serious, but non-life-threatening” injuries and they were transported to the hospital via helicopter for treatment.

The numerous pictures of the crash site posted by German newspaper Merkur show that the car’s front is destroyed, but the cabin doesn’t appear to have sustained damage.

The front-end of the car doesn’t contain the engine that you’d expect to see in the car, and that’s why it acts as a large crumple zone that can absorb the immense energy from such impacts. As Electrek points out, Tesla CEO Elon Musk likes to use a pool analogy to describe this crumple zone feature of Tesla cars: “it’s just like jumping into a pool from a high diving board — you want a deep pool and one without rocks in it.”