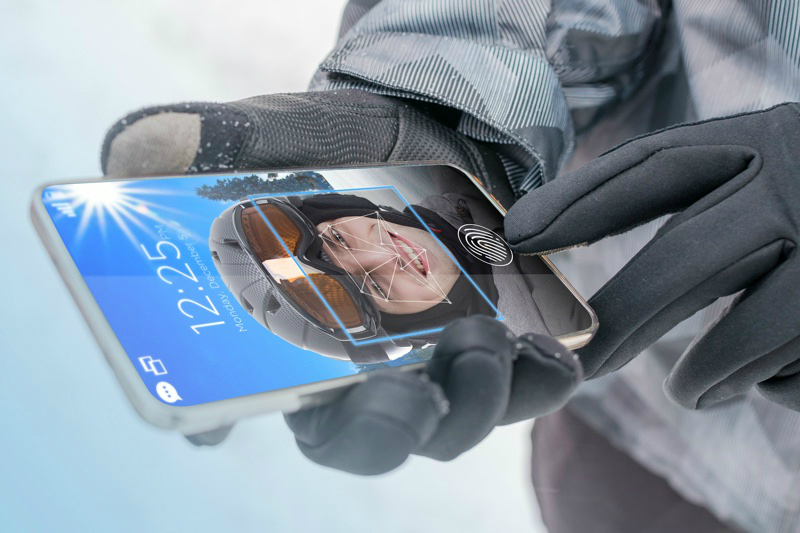 We already have phones that can be unlocked with either a fingerprint or a face or iris scan, but Synaptics came up with an all-in-one system that makes use of both these technologies for an extra layer of security. The company already announced it has a solution to embed a fingerprint sensor into a smartphone display — a feature that will be seen in at least one new smartphone this year — and the new announcement reveals the company is looking to take personal data security to a whole new level. In the process, Synaptics may have developed the all-in-one solution that allows smartphone makers to build the most secure devices possible while also shifting toward the all-display designs users are clamoring for.

Synaptics partnered with facial recognition KeyLemon for the new multi-factor biometric engine, MacRumors reports. The all-in-one system might find its way into smartphones, tablets, and notebook PCs in the near future, allowing the user to choose how to unlock a device.

On top of that, the system can be used to add a second layer of security to banking apps, or other types of mobile data, as both authentication methods can be required for certain apps and financial transactions. The system includes features meant to thwart abuse, including AI-based anti-spoofing technology for fingerprints. The facial recognition system, meanwhile, will check for eye blinking and head movement.

Synaptics did not say whether any flagship mobile devices will use the technology this year. As MacRumors points out, Synaptics is an Apple supplier, but that doesn’t mean any of its recent announcements cover technology that will be included in the iPhone 8 this year.

The image above, used for illustrative purposes, teases smartphones that have all-screen designs, with the fingerprint sensor being integrated into the display.