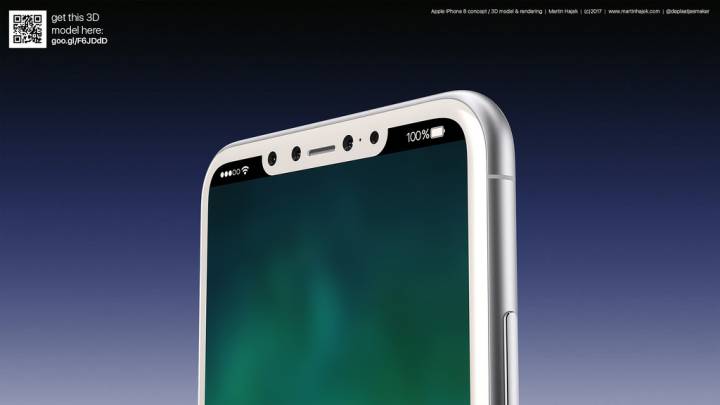 This morning, we shared a story from 9to5Mac that claimed to reveal the naming scheme of Apple’s 2017 iPhone lineup. In that report, the OLED iPhone that everyone has been waiting to see was referred to as the “iPhone Edition,” while the standard models were called the iPhone 8 and iPhone 8 Plus. We likely won’t know anything for certain until Apple’s media event on September 12th, but all in all, 9to5Mac’s report didn’t sound outlandish. But another report from iCulture (via The Next Web) appears to dispute the “Edition” naming.

A “reliable source” has apparently confirmed to iCulture that the 10th anniversary iPhone will be called the iPhone X. iCulture notes that the same source previously revealed the existence of the 10.5-inch iPad back in May, a product which Apple officially unveiled just weeks later at WWDC 2017.

While iCulture’s source disagrees about the name of the OLED iPhone, they are on the same page when it comes to the cheaper models. The two other iPhones set to be shown off at the event in two weeks will be known as the iPhone 8 and the iPhone 8 Plus, according to iCulture’s source. Apparently, the reasoning behind the decision to jump to iPhone 8 rather than stick with iPhone 7s is that the iPhone 8 is too dramatic of an upgrade, such as with its new glass backing, to be considered an “S” model.

Finally, the source claims that preorders will start on September 15th and the phones will begin shipping on September 22nd, which would follow Apple’s previous release schedules. With all of the rumors, leaks and reports appearing online in the days leading up to the event, it will be fascinating to see who got it right.