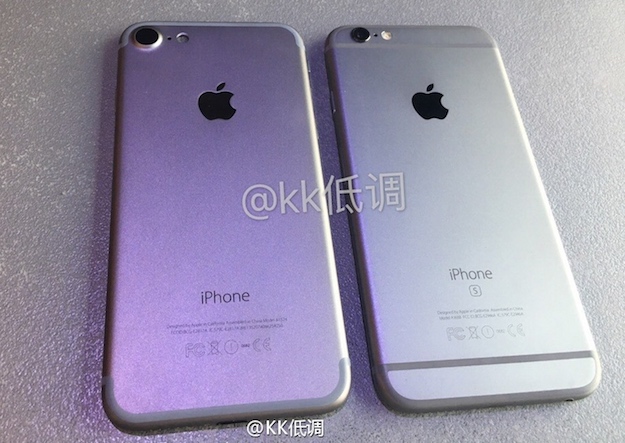 A recently leaked video of the iPhone 7 provides us with our best look yet at what Apple’s next-gen smartphone is going to look like. Originally posted on the Chinese microblogging site Weibo and subsequently spotted by Nowhereelse.fr, the video provides an interesting depiction of what Apple’s 4.7-inch iPhone 7 looks like relative to the iPhone 6s.

The video itself is about two and a half minutes long and corroborates many of the iPhone 7 rumors we’ve seen floating around over the past few months, namely that the device will ship without a traditional 3.5mm headphone jack. With the jack removed, it appears that Apple will incorporate an additional speaker grille in its place.

Thankfully, the iPhone 7 depicted in the video below includes a mute switch, presumably and hopefully dashing reports that Apple was planning to scrap it. It’s also worth noting that the unsightly antenna lines we’ve had to endure for two successive iPhone generations have mercifully been relocated to the sides of the device.

Also worth paying attention to is the new camera design on the iPhone 7. As evidenced via the video below, the camera module on the iPhone 7 is substantially larger and protrudes to a much greater degree than the camera found on the iPhone 6s. This strongly suggests that an incredible leap forward in camera technology may be a key selling point for Apple’s next-gen smartphone. While rumor has it that Apple’s 5.5-inch iPhone 7 Plus will feature a dual-camera system, it remains to be seen what type of improvements and fun surprises Apple adds to its 4.7-inch model.

With respect to camera performance, it’s worth mentioning that Apple in mid-2015 purchased a camera technology company called LinX that specialized in delivering superior camera performance via ultra-slim camera modules. In fact, prior to being acquired by Apple, LinX boasted that its technology was “leading the way to DSLR performance in slim handsets.”

And adding even more fuel to the fire, well-connected Apple blogger John Gruber earlier this year intimated that the iPhone 7 may represent the biggest leap forward in iPhone camera capabilities in history. The only asterisk is that it may be exclusive to the 5.5-inch iPhone 7 Plus.

“The specific thing I heard is that next years camera might be the biggest camera jump ever,” Gruber said on his podcast a few months back. “I don’t even know what sense this makes, but I’ve heard that it’s some kind of weird two-lens system where the back camera uses two lenses and it somehow takes it up into DSLR quality imagery.”

While there have been reports that the iPhone 7 will ship without any new or groundbreaking features, that shouldn’t necessarily suggest that the device won’t be able to reignite iPhone sales. Remember, the pool of users with iPhone devices more than two years old is larger today than it’s ever been before. And to top it all off, a recent report out of Taiwan relayed that the production range for the iPhone 7 falls somewhere between 72 and 78 million, making it the “highest production target in about two years.”