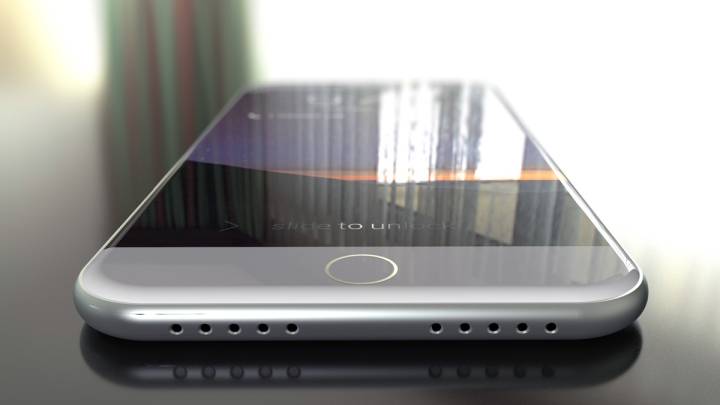 Over the weekend, a pair of photos purporting to show the rear casings of both the iPhone 7 and the iPhone 7 Plus appeared online. Originally spotted by Nowhereelse.fr, the images are largely similar to previous leaks we’ve seen over the past few weeks, with the unsightly antenna lines that plagued both the iPhone 6 and 6s thankfully moved towards the side.

What’s particularly interesting about the latest iPhone 7 leak, however, is that the photos appear to suggest that the 4.7-inch iPhone 7 model will receive an impressive camera upgrade. While we’ve seen no shortage of rumors pointing to all of the snazzy and advanced camera technology Apple is planning to grace the iPhone 7 Plus with, the most recent iPhone 7 leak reminds us that Apple’s 4.7-inch iPhone 7 may also have a substantive camera upgrade itself.

DON’T MISS: iPhone 7 will be Apple’s riskiest iPhone yet

As evidenced by the photo below, the area for the camera sensor on the iPhone 7 is markedly larger than what Apple employed with the iPhone 6s. That being the case, if Apple can leverage some of the camera technology it picked up when it acquired LinX back in April of 2014, it stands to reason that the iPhone 7 camera will boast superior and compelling camera performance all across the board.

As we’ve detailed previously, LinX was an Israeli-based company whose camera technology was said to be “leading the way to DSLR performance in slim handsets.” Some specific camera improvements made possible by LinX’s technology include improved low light performance, a pronounced reduction in noise levels and improved color fidelity.

Additionally, the leaked photo of the iPhone 7 Plus below appears to corroborate earlier reports which point to Apple’s premium iPhone 7 model sporting a dual-lens camera which may very well prove to be a game-changer in its own right.

With all of the debate surrounding Apple’s rumored decision to drop the 3.5mm headphone jack from its iPhone 7 models, the above leaks arguably underscore that Apple may still have a few surprises in store for us come September. While Apple’s next-gen iPhone may not have a whole lot of bells and whistles, it’s entirely possible, if not downright probable, that the biggest selling point for the iPhone 7 will be a huge leap forward in camera quality.

Also of note is the tidbit that iPhone 7 production has reportedly kicked off, albeit slowly.

Other leaked photos of the iPhone 7 that you may have missed can be seen below.