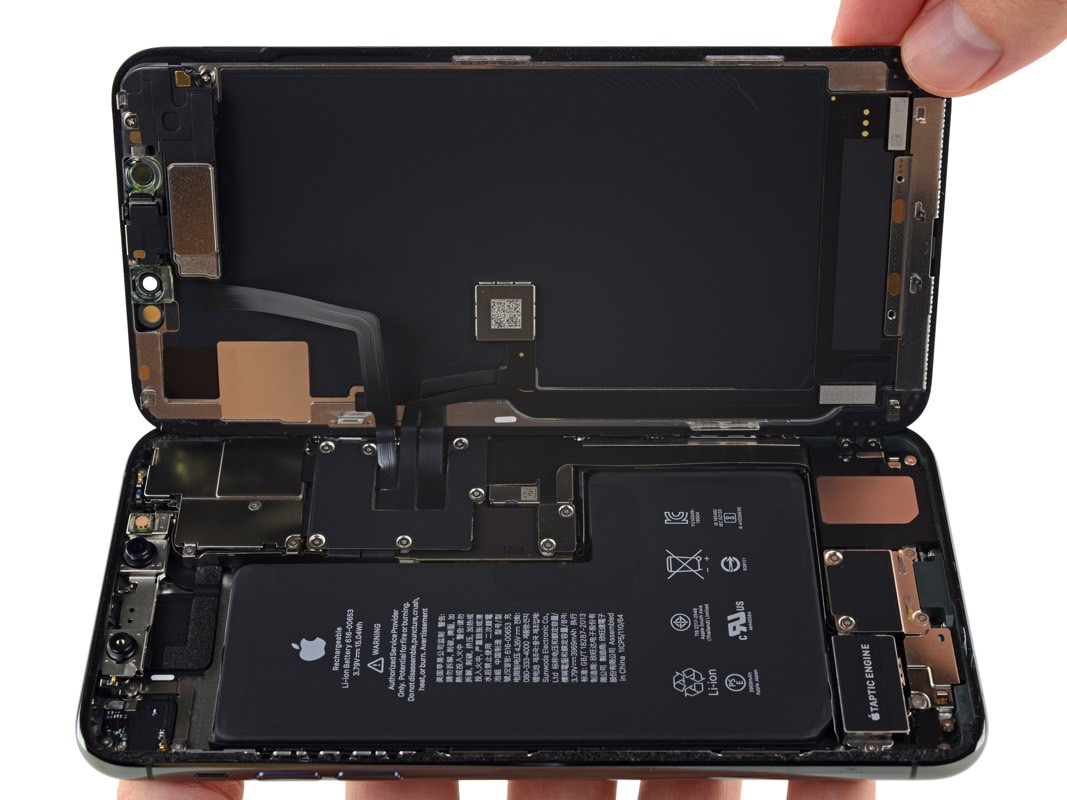 Millions of people have bought one of the three iPhone 11 phones that Apple launched less than two weeks ago, and the handsets are available in stores already — Apple doesn’t announce sales numbers for the iPhone, but several models sold out online soon after preorders started. But what’s more important is that, now that the phone has shipped to buyers, we have the first “official” teardown of the handset, which answers several questions. In the days leading up to the phone’s launch, we saw battery capacities get leaked, which is a detail Apple never shares. The iPhone maker also has the habit of not telling the public how much RAM its phones have, with a wild claim a few days ago saying the handset has 2GB of extra memory, dedicated to the camera system. Finally, we’ve heard conflicting reports of the bilateral wireless charging feature the phone was supposed to have. iFixit’s teardown helps answer all of those questions and reveals other iPhone 11 secrets.

iFixit is not affiliated with Apple; therefore, this isn’t the kind of teardown that Apple condones. However, the company became an authority when it comes to teardowns of new products, that’s why this iPhone 11 Pro Max teardown is as official as they get.

The iPhone 11 Pro Max has a 3,969 mAh battery, the teardown confirms, which is precisely what documentation filed with a Chinese regulator revealed last week. The teardown reveals the Pro Max has an L-shaped battery, just like the iPhone XS before, but a first for the Max model.

When it comes to size, the battery is 0.7mm thicker, 4.2 cubic centimeters larger and 13g heavier than the iPhone XS’s battery. The teardown also explains that the iPhone 11’s slightly increased thickness (0.4mm) and the extra space 3D Touch screen layer freed (0.25mm), is what allowed Apple to improve battery life drastically.

The teardown revealed a few peculiarities about the battery and wireless charging coil, that might support to the notion that Apple dropped reversed wireless charging, the kind of feature that lets you recharge your Apple Watch or AirPods with the iPhone, at the last minute.

For starters, the battery has two distinct connectors compared to previous models (image above). Here’s what iFixit observed:

Also, there seems to be a mysterious board below the battery, “as an interconnect for the battery, wireless charging coil, and Taptic Engine.” The board (image below) could be related to bilateral wireless charging, but it could also be associated with Apple’s new hardware that monitors battery performance.

In other words, it’s not definitively clear whether the iPhone 11 phones have components for bilateral wireless charging.

As amazing it would have been for Apple to have added 2GB of RAM to the Pro phones for the camera, that doesn’t appear to be the case. Or, if that extra RAM exists anywhere inside the phone, iFixit didn’t find it yet. What we can tell you is that the handset does have 4GB of RAM for the system and apps, just as benchmark said last week.