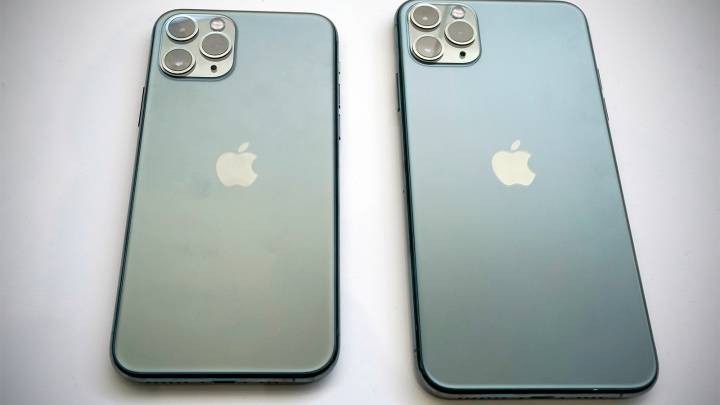 The Pensacola shooting resurfaced an old squabble over encryption between the FBI and Apple, with US Attorney General William Barr and President Donald Trump taking official stances against Apple, urging the company to unlock the iPhones belonging to suspects in criminal investigations.

Ironically, the FBI is actually quite good at unlocking encrypted phones without Apple’s help. In a matter of weeks, we’ve heard of two cases where an iPhone 11 has been cracked without any assistance from Apple. Even more ironically, one of the iPhone 11s belonged to Lev Parnas, an associate of Rudy Giuliani, who may play a central role in the impeachment trial going forward.

The first iPhone 11 the FBI hacked belonged to Baris Ali Koch, Forbes reported a few days ago. The handset was locked, and the suspect did not provide the password to law enforcement agents, nor was he forced to unlock it via Face ID. That’s all you need to do to encrypt the handset, by the way, and because Apple doesn’t also own a second set of keys, or a backdoor, if you will, it can’t unlock the iPhone for the police.

That doesn’t mean the iPhone is a perfectly secure device. Ever since its introduction, hackers have been trying to crack the device, either to unlock the handset for use on different carriers or to install apps that were not approved on the App Store. Similarly, government agencies have successfully hacked the phones to obtain information needed in investigations. The older the phone, the easier it is to hack — and the phones in the Pensacola case are an iPhone 5 and an iPhone 7, respectively, which are far less protected than the iPhone 11.

This brings us to the latest revelation concerning iPhone 11 security. The FBI needed some two months to unlock the iPhone 11 belonging to Parnas, Bloomberg reports.

The Justice Department’s revelation came in response to allegations by one of Parnas’s lawyers who said the government delayed turning over the information from the iPhone to prevent him from complying with requests for the data from a congressional committee:

First, Parnas declined to provide the password to his devices, which is, of course, his right, but which required the FBI to spend nearly two months unlocking the iPhone 11.

That’s an incredible acknowledgment from the DoJ, as it practically confirms that the FBI can unlock the newest iPhones, which means it doesn’t need Apple’s assistance. However, hacking iPhones takes a long time, and success isn’t guaranteed. Other devices seized from Parnas are also currently being cracked.

The longer the password you use to protect the iPhone or iPad, the harder it will be for anyone, FBI included, to crack it with brute force attacks. This could explain why not all of the iOS devices belonging to Parnas have been unlocked. Just as this news came to light, Trump made additional comments on encryption in Davos, where he doubled down on Apple having to break encryption to help the government catch criminals (via CNBC’s):

Apple has to help us. And I’m very strong on it. They have the keys to so many criminals and criminal minds, and we can do things. When they had the problem with the — recently in Florida. I won’t go into it, because it’s so horrible.

[They] could have given us that information. It would have been very helpful. […]

What if you’re dealing with Parnas? Giuliani’s associate made headlines a few days ago, ahead of the impeachment trial, having made a few startling revelations in an MSNBC interview with Rachel Maddow. Parnas may still play an essential role in the trial, and it’ll be interesting to see if any of the information extracted from his iOS devices will be presented during the trial.