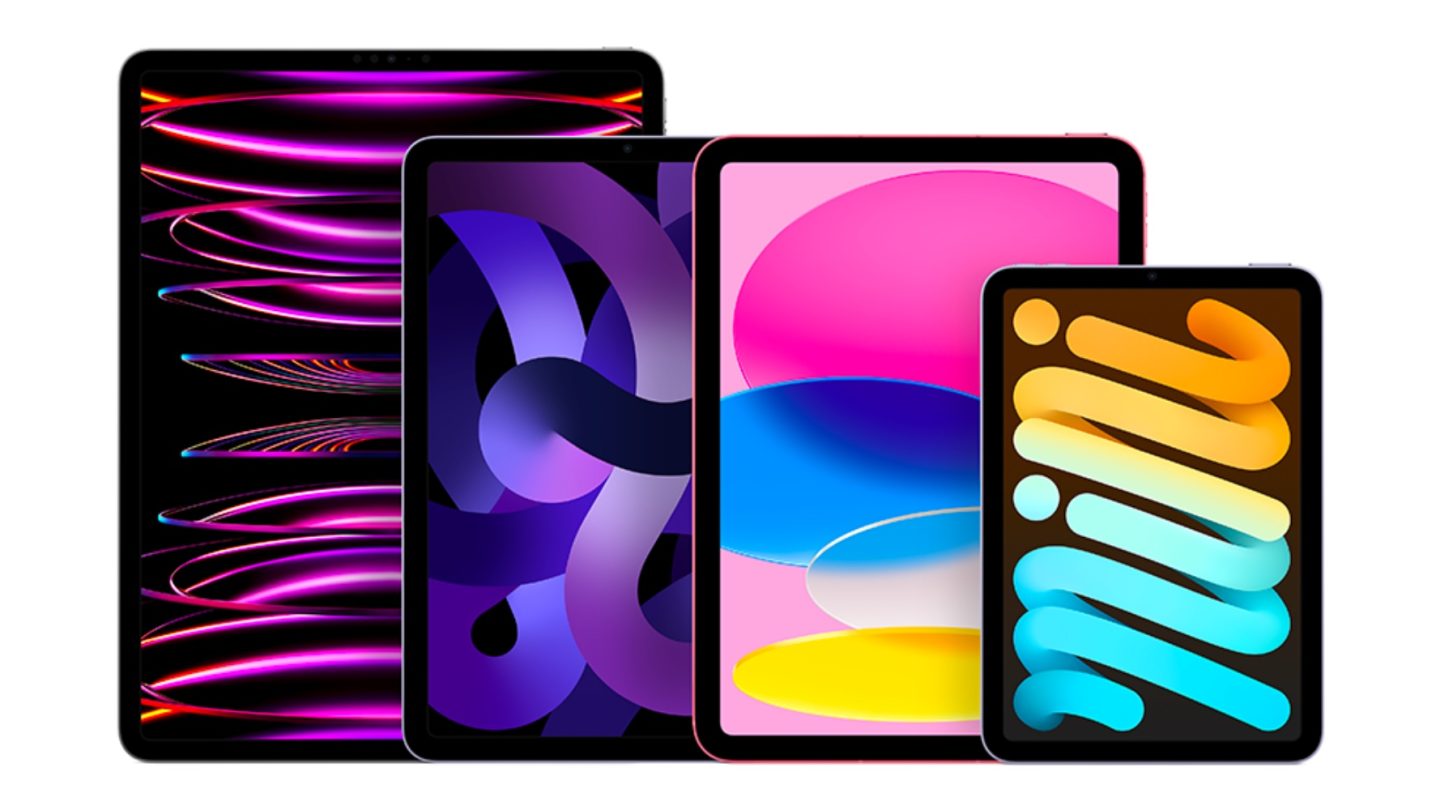 Apple currently sells five different iPad models. Two entry-level iPad versions (nine and tenth generations), the iPad mini 6, iPad Air 5, and the recently-announced iPad Pro in two sizes. If you want to discover which iPad is the best choice for you in 2022, fear no more.

Released in 2021, the iPad 9 offers everything you’d expect from an iPad. A great display with a Lightning port, headphone jack, support for the first-gen Pencil, and a $329 price point – $299 if you are a student.

This tablet comes with the A13 Bionic chip and a 12MP Ultra Wide front-facing camera with a Center Stage feature so you can make video calls and always be at the center of the image. This iPad is the best choice for those who just want a bigger screen at the cheapest price for everyday tasks or studying.

iPad 10: the iPad you know but with more to love

Released at the end of 2022, the iPad 10 brings a new design to the most-affordable Apple tablet. With a 10.9-inch display, it has fewer bezels, three fun colors (and a silver option), the A14 Bionic chip, and USB-C connectivity.

This iPad comes in 64GB and 256GB of storage, brings 5G connectivity, and a Magic Keyboard Folio that can work as a keyboard or just a regular Folio case. Another interesting feature of this tablet is that the camera is placed in landscape mode, so it’s better for video calls.

The price point, on the other hand, is $449. This iPad is the best choice for those who want a new design, make a lot of video calls, and don’t want to pay much more for another tablet from Apple.

iPad mini 6: power comes in a smaller size as well

Alongside iPad 9, the iPad mini 6 is the oldest iPad available in the 2022 lineup. It was introduced in September of 2021 and brings the A15 Bionic chip in an 8.7-inch body. It has the Center Stage feature, support for the 2nd-gen Apple Pencil, and comes in four different colors.

With 5G support and USB-C connectivity, this tablet can be useful for video and photo editing even with this smaller size. The Touch ID sensor is on the upper side of this iPad.

The iPad mini 6 is the perfect option for those who want a very powerful and capable tablet that can even fit in their pocket. Its price point starts at $499.

The iPad line can get confusing mostly because of the M1 iPad Air. It has a 10.9-inch display, the M1 chip, four different colors, Center Stage feature, but offers some software functions not available to other iPads, such as Stage Manager, which arrives with iPadOS 16.1.

When detailing the specifications of this product, the iPad Air has better display technologies, up to 256GB of storage, and support for the 2nd-gen Apple Pencil and Magic Keyboard.

Released at the beginning of 2022, the iPad Air with M1 chips is perfect for those who want a tablet as powerful as a Mac, with a big screen, and that comes with the practice of having useful accessories, but without paying for the extra cost of the iPad Pro. The Air model starts at $599.

An object of desire, the iPad Pro is the most expensive Apple tablet. It comes in two sizes, 11-inch with an LCD screen and 12.9-inch with a miniLED display – both with ProMotion technology. With up to 2TB of storage and 16GB of RAM, the M2 iPad Pro is aimed at the most demanding users.

It’s the only iPad that supports Face ID and has two main cameras (Wide and Ultra Wide) plus the LiDAR scanner. With a Thunderbolt port, this iPad is as fast as the new M2 MacBook Air and supports the 2nd-gen Apple Pencil and the new Magic Keyboard. The 12.9-inch model has exclusive features arriving with iPadOS 16.1, such as Reference Mode for those who need a second monitor to edit photos and videos.

The 2022 iPad Pro is the best option for the most demanding users that don’t see money as a problem, as this tablet can get more pricey than a Mac. It starts at $799 for the 11-inch model and $1,099 for the 12.9-inch version. You may also want to wait for the 2024 iPad Pro if this is too costly for you right now.

There are a ton of iPads to choose. To be honest, it’s very easy to choose one. You need to think: how pretty do I wish a task is performed? All iPads can edit videos, but do I need to edit a 720p or 4K footage? If 4K, will 256GB be enough? If not, the iPad Pro is the only possible option.

If you plan to buy an iPad in 2022 to study, do you need a 12.9-inch miniLED display with a 120Hz refresh rate, or a 10.9-inch LCD screen with a 60Hz refresh rate is more than okay? If you need one of the most powerful processors, does it have to be packed in a bigger screen, or does an 8.7-inch display works?

Last but not least, it’s essential to think about accessories. If you are planning on buying an Apple Pencil, remind yourself that the base-model iPads don’t offer support for the 2nd-gen accessory, which is the only one that attaches to the side of the tablet.

If you can answer these questions, you’ll realize that it’s not hard to choose an iPad in 2022, unless you live in Europe.