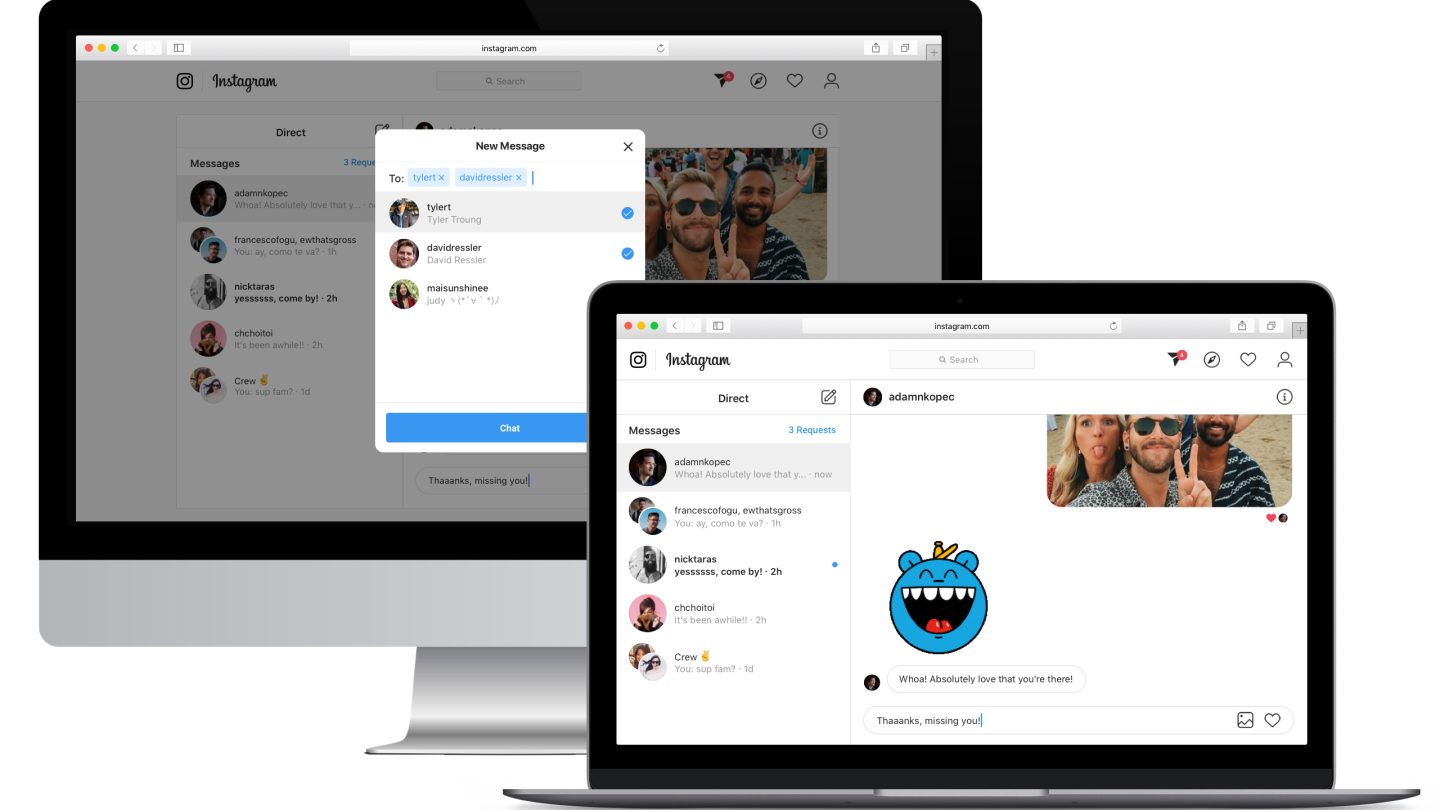 The inexorable push to Facebook-ify Instagram, which is owned by the social networking giant, is continuing, with the evolution of the photo-sharing app now including the ability for users worldwide to access their direct messages from the web.

This is something Instagram has been testing in a limited way since January, and starting today everyone will now have the ability to send a receive DMs after logging into their Instagram account on a desktop. What’s more, there’s basically feature parity with the app, so you’ll still be able to easily include emoji and other media like photos with your missives.

*Sliding into your DMs*

Now you can get and send Instagram Direct messages on desktop, no matter where you are in the world 👍 pic.twitter.com/CT2SwuxHTv

The web experience of Instagram certainly isn’t for everyone — someone told me this morning, in fact, in response to this news about DMs on the web that “only old people would do that.” You’ll certainly find people like reporters and influencers, among others who live on the web all day, praising the clean Instagram web interface and its usability, and in my opinion, it can even feel a little less cluttered using it this way instead of on the phone. But, to each his own.

Meanwhile, this news follows Facebook CEO Mark Zuckerberg’s well-documented push to prioritize messaging across the company’s family of apps, a prioritizing that will eventually include tying all of the disparate messaging products together such that a Facebook user, for example, would eventually have a way to easily message someone on Instagram. On a related note, this is also another example of Instagram becoming increasingly more full-featured and a far cry from its simpler, app-based early days — to the point that it’s now become a bigger business and revenue-generator than YouTube.

As the popularity of the main Facebook app has waned and its user base has aged, there’s also a cool factor that’s migrated over to Instagram in the past couple of years, particularly as Facebook has repeatedly dived headlong into the maw of self-inflicted privacy and security woes. Along those lines, an excellent reporter at Bloomberg, Sarah Frier, has written a highly anticipated book purporting to offer “the inside story of Instagram” called No Filter, which is being published on April 14 (confession: This one is definitely on my list to read).