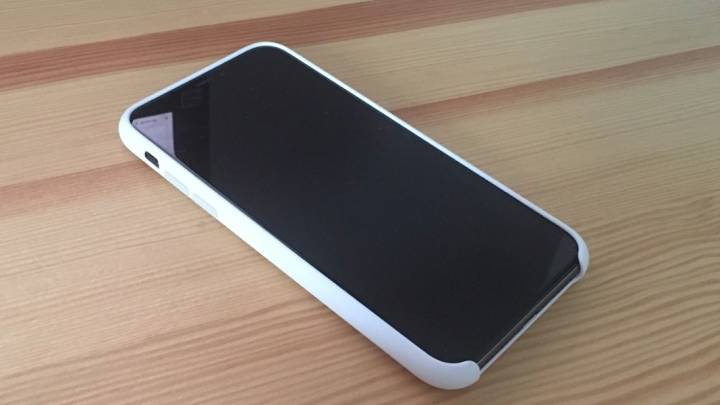 The first thing I did after buying the iPhone X was to ruin it, and you probably did the same thing. I enjoyed the handset’s glass design for about five minutes because I put an ugly case on its back and a screen protector atop of the display. The iPhone X is incredibly ugly like that, and it feels bulky in hand, but at least it has a chance of surviving nasty drops that could break the glass that protects the front or back of the phone. Ironically enough, I haven’t dropped the iPhone in more than seven months of using it.

But even with the extra protection, there’s always the chance a glass smartphone won’t survive certain accidents. That’s where this brilliant case comes in handy: Someone invented the airbag of smartphone cases.

It’s called the AD Case (“AD” stands for active damping) and comes all the way from Germany, according to Gizmodo. Aalen University student Philip Frenzel came up with this concept, which uses built-in sensors to determine movement and eight sprints that deploy automatically when the case detects the phone is in free fall.

As you can see in the following video, the system seems to work every time. After a drop, all you have to do is to fold the springs back into their original position. It’s pretty neat, assuming it works every time.

But what if the “airbag” system gets deployed while the phone is in your pocket? What if you fall and the sensors pick up the movement and trigger the springs? What if you’re in an airplane experiencing heavy turbulence?

Naturally, no case will deliver the peace of mind we want. Even the AD Case isn’t perfect. Just imagine this thing falling on uneven terrain. The springs may prevent the destruction of the handset, but who’s to say the screen will survive an impact against rocky terrain?

Frenzel’s work should be commended, and the student already won the German Society for Mechatronics’ top award for this patented invention. Let’s see if it ever makes it into commercial products.