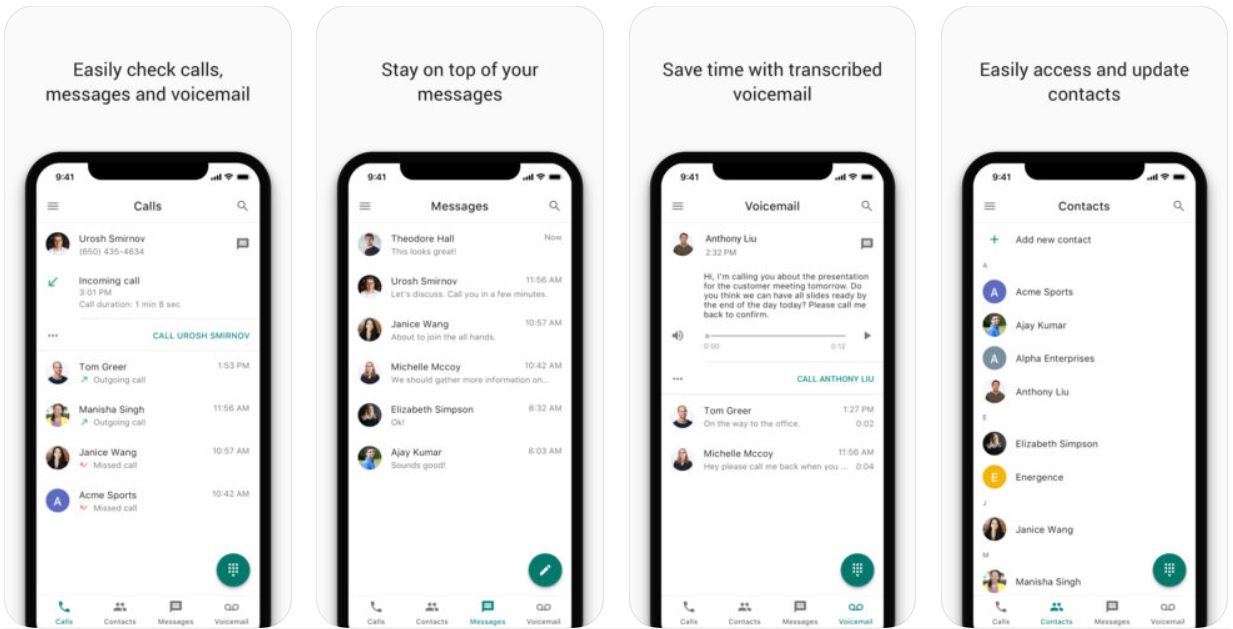 After half a decade of radio silence, Google finally updated the Google Voice app on iOS, Android, and on the web last January. All at once, ancient app had been modernized with a fresh look and a variety of new features. And rather than wait another five years, Google announced this summer that it would be adding Google Voice to its cloud-based business service package, G Suite, and that yet another redesign was coming as well.

Less than a month after that announcement, the update has begun to roll out on iOS devices, with Android to follow. As expected, the look and feel of the app has changed once again, with a new icon that feels more at home alongside Google’s other first party apps and a Contacts tab that unbelievably wasn’t there before.

As 9to5Google explains, this is more of a reorganization of features that already existed on the app rather than a complete overhaul like we saw in 2017. Before this update, tapping the search button would automatically bring up a list of all your contacts, but now they have their own dedicated tab. Calls is now the first tab at the bottom of the app, while Messages is third, and Voicemail remains at the end of the menu. It’s still the same app.

One noteworthy change seemingly only available to enterprise G Suite accounts is a Do Not Disturb feature that be enabled to automatically activate based on your work hours, which are determined by Google Calendar. With Digital Wellbeing, Google will even be able to figure out when you work based on past events and know when you change time zones. During work hours, messages will be forwarded and calls will go straight to voicemail.

You can download the update right now from the iOS App Store or the Google Play store.