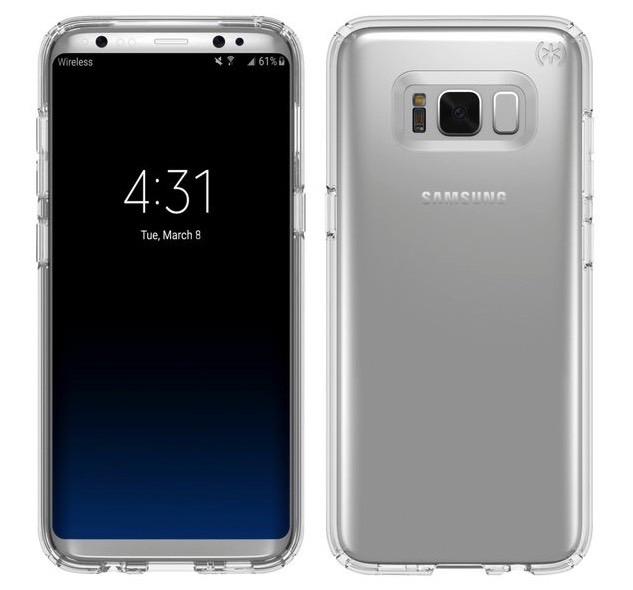 When Samsung rolled out the Galaxy Note 7 last year, it introduced a new iris scanning technology designed to bolster device security. As envisioned by Samsung, the feature was supposed to make it easier for users to unlock their devices, authenticate banking transactions, and even stow away and subsequently access sensitive data stowed away in a Secure Folder.

But as we all know, the Galaxy Note 7 launch quickly blew up in Samsung’s face amid a barrage of reports involving Note 7 devices catching fire and exploding. Ultimately, Samsung was forced to recall the device, an embarrassing turn of events that may have cost the company billions. In turn, the Note 7 wasn’t really around long enough for anyone to determine if its iris scanning feature was actually useful or nothing more than a gimmick.

Not to worry, the Galaxy S8 and S8 Plus will reportedly both include iris scanning functionality. As it turns out though, it appears that the feature doesn’t work fast enough to make it something consumers might actually find practical to use. According to a report from phoneArena, Samsung is planning to add facial recognition technology to its S8 lineup to either complement the iris scanner or replace it altogether.

Of course, with Apple said to be adding advanced facial recognition to the iPhone 8, Samsung’s move here may be partially rooted in its unwavering desire to beat Apple to the punch. Of course, the last time Samsung tried to do that, it rushed out the Note 7 prematurely in order to take advantage of what it presumed would be a lackluster iPhone 7 refresh cycle — and we all saw how that turned out.

All that aside, the utility of an iris scanner remains up for debate. Even assuming that the technology is reliable and quick, holding up a device to your face every time you want to access it seems more like a chore than a feature.

To this point, one of the earlier Note 7 reviews from AndroidPit touched on this very point.

Every time you want to unlock the screen with the iris, you must 1) turn on the screen; 2) swipe your finger across the display; 3) place the device in front of the eyes. Thus, it takes three steps to begin using the device. If you consider that the number of times a user unlocks the screen per day, according to research conducted by app developer Locket, it’s an average of 110 times.

This process, then, is not ideal when the Note 7 also gives you the option to use fingerprint unlock. Using the fingerprint method, even when your screen isn’t ‘awake’, you can simply press your finger upon the home button to unlock the device.

Either way, we thankfully won’t have to wait too long to see exactly what type of features Samsung’s S8 lineup will bring to the table. The company is expected to reveal all at its Unpacked 2017 event slated to take place on March 29 in New York City.