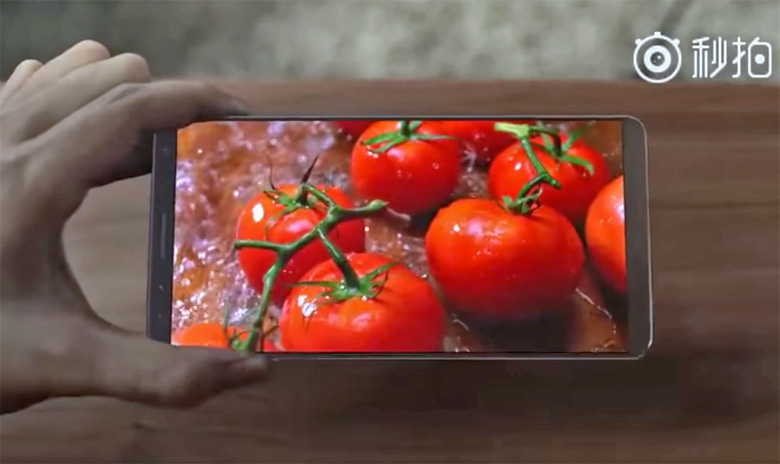 The web is filled with all sorts of Galaxy S8 rumors and image leaks as we approach the phone’s launch. But, as is the case with rumors and leaks, they can’t be verified until Samsung actually announces the phone. However, Samsung may have inadvertently revealed the final design of the Galaxy S8 — or at least a version of it — in two promo videos posted by its subsidiary Samsung Display.

Just a few days ago, LG Display unveiled its brand new 5.7-inch 2,880 x 1,440 smartphone display saying that it’ll equip LG’s next flagship. If you’re following tech news, that’s nothing short of a confirmation that the LG G6 will pack that screen.

The following clip, discovered by Slashleaks, shows a presentation of a large Samsung AMOLED screen mounted on what might be the Galaxy S8 — or at least a version of the phone.

We’re looking at a handset prototype that features a design with minimal side bezels and smaller top and bottom bezels. The phone seems to have a flat design — and yes, there is a rumor that says that a flat Galaxy S8 might be in the cards — and there’s no home button on the front side.

The ad highlights the display’s features, although it’s in Korean so we have no idea what it says. But what’s interesting about it is that Samsung has not pulled it from YouTube. Samsung Display’s YouTube channel has not one, but three clips that show it’s new AMOLED displays, and what may very well be Galaxy S8 prototypes.

Samsung Display AMOLED is not only excellent image quality because of its high color reproduction rate, but also because it has thin thickness, light weight and low power consumption thanks to its self-luminous structure.

Even if the phone in the videos above isn’t the Galaxy S8, it still confirms that Samsung Display is ready to supply the kind of displays the Galaxy S8 (and the iPhone 8) will need this year for their exciting new form factors.