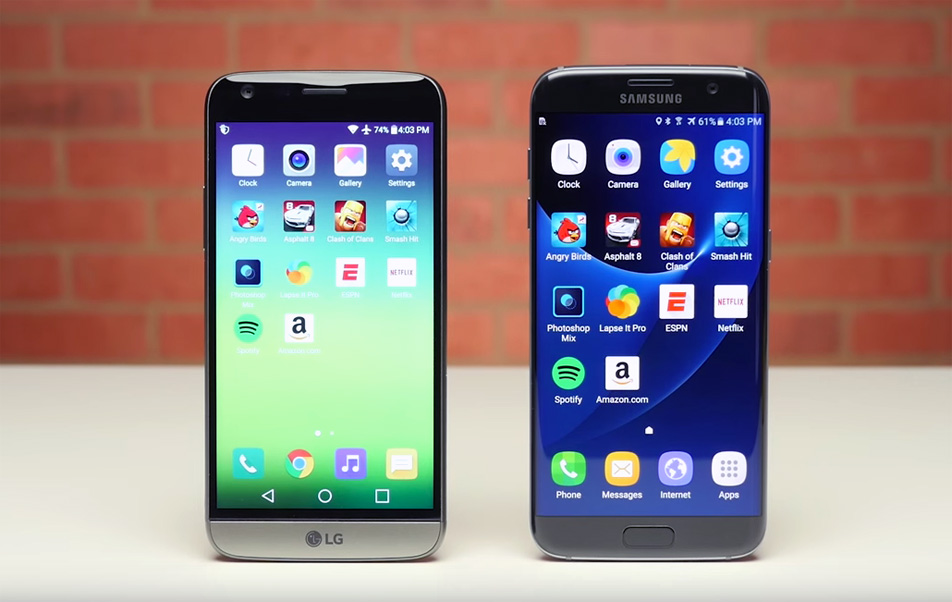 Dozens of iPhone 8 and Galaxy S8 rumors focus on the displays headed to these handsets. Both Apple and Samsung are going for brand new smartphone designs this year for their flagship handsets that involve bigger and better OLED screens. The iPhone 8 and Galaxy S8 will have all-screen designs, featuring a high screen-to-body ratio. But these won’t be the only beautiful smartphone displays worth checking out this year.

The LG G6 is rumored to have a display that’s unlike anything on a smartphone today.

LG Display on Tuesday announced (via Phone Arena) a screen that will feature an 18:9 display ratio, or 2:1, which seems to indicate the next-gen flagship LG handset might also feature an all-screen front side. To be fair, LG was the first company to push the envelope when it comes to increasing the screen size on its flagship G-branded handsets.

LG also said it’ll utilize the new screen in its next flagship phone, and that’s expected to be the LG G6 coming later this year. A few days ago, LG also confirmed the LG G6 won’t be a modular phone like its predecessor.

The new 5.7-inch LCD screen will feature a QHD+ resolution unlike anything available in phones today. That’s 2,880 x 1,440 for a pixel density of 564 pixels per inch (PPI). The display will be just 1mm thick, featuring in-TOUCH technology that integrates the touch sensor into the screen.

The bezels were further reduced compared to previous models. Side bezels are 0.2mm thinner, while the bottom bezel is 0.54mm smaller. Also interesting is the fact that LG’s new display utilizes 30% less power, and will deliver 10% better transmittance in sunlight.

“We expect to maximize user experience and customer value through the super high-quality display with its new 18:9 aspect ratio, which sets it apart from conventional displays for smartphones. LG Display will continue to set new standards in premium mobile displays, based on its differentiated technology.” LG Display Senior Vice President and Head of Mobile Development Group 1 Byeong-koo Kim said.

It’ll be interesting to see if any of LG Display’s new LCD innovations will make it into future iPhone models. Two of Apple’s three rumored 2017 iPhones are still expected to have LCD screens.

LG Display is also working on OLED screens for iPhones beyond the iPhone 8, according to recent reports.