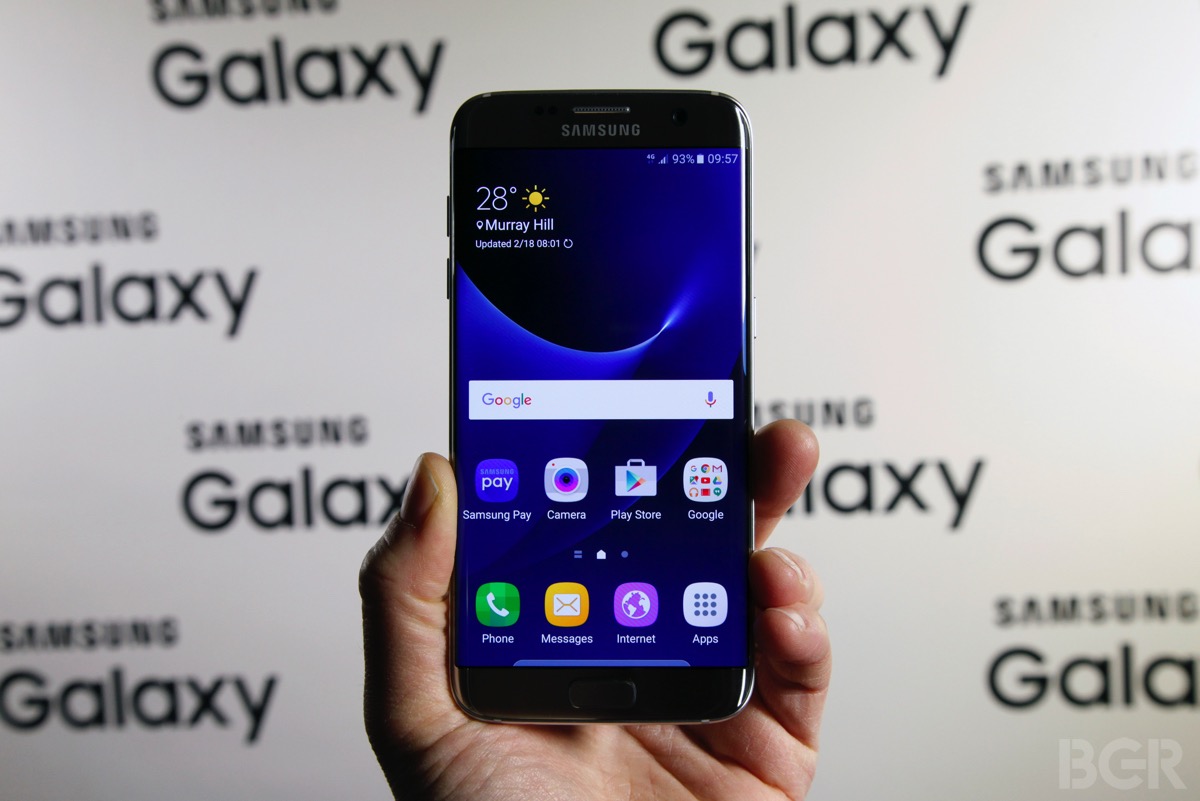 Samsung on Sunday took the wraps off of two new smartphones that couldn’t be more important to the company. The South Korean consumer tech giant has stumbled a bit in recent years following its meteoric rise to the top of the smartphone industry, and growth in its smartphone division has reversed course.

The company needs a hit, and while the new Galaxy S7 and Galaxy S7 edge might not get consumers en masse quite as excited as phones released by its nemesis, it didn’t take very long for me to realize that they’re the best Android smartphones the world has ever seen.

MUST SEE: Nextbit Robin review: A 32GB smartphone that never runs out of space

In 2015, Apple taught us that an “S” upgrade doesn’t have to be a minor iterative update. In fact in my iPhone 6s review, I called the phone Apple’s biggest iPhone upgrade ever. Bear this in mind as you approach Samsung’s latest flagship phones — while they look a great deal like their predecessors, everything has changed.

Samsung’s Galaxy S6 and Galaxy S6 edge broke new ground last year for the company. Its earlier flagship phones had all been class leader in most key areas, but one important area was always sorely lacking. While rivals were using premium metal and hefty glass for their smartphone housings, Samsung’s phones used thin plastic that felt cheap and looked even cheaper.

In 2015, that all changed. The Galaxy S6 and its curvy counterpart were constructed entirely of aluminum and glass. Samsung had finally built a smartphone with a look and feel that matched its class-leading displays and high-end performance. Since it took Samsung so long to come around, it stands to reason that the company isn’t quite ready to reinvent the wheel again after just one year.

Even still, the Galaxy S7 and S7 edge are not carbon copies of their predecessors in terms of design, which is how Apple’s “S” phones work.

Samsung refined the designs of both handsets for 2016. The new models feature a curved glass back that sits in the hand much more comfortably than the S6 and S6 edge did, and the protruding camera lens on the back is now less than half a millimeter thick. Sadly, the backs of both models are still fingerprint magnets.

In terms of specs, the Galaxy S7 and Galaxy S7 edge are identical with the exception of their displays and battery sizes. The S7 edge has a larger 5.5-inch quad HD Super AMOLED display, whereas last year’s Galaxy S6 edge had the same 5.1-inch screen size as the Galaxy S6, which is still the panel size used in the Galaxy S7.

It should be said, though, that the Galaxy S7 edge is by far the most compact and comfortable phone in the phablet category that I have ever held. Whereas Apple’s iPhone 6s Plus is impossible for most people to use comfortably with one hand, my thumb can easily reach both sides of the S7 edge’s display during one-handed use. It’s incredible that Samsung was able to stuff such a large display into such a compact design.

As a final not of differentiation between the two phones, the S7 packs a large 3,000 mAh battery while the S7 edge has an even bigger 3,600 mAh battery.

Both models will be powered by a 2.15GHz quad-core Snapdragon 820 processor in the United States, while Samsung’s own Exynos chipset will power the phones abroad. Both versions will feature comparable performance; Samsung says the CPU in the Galaxy S7 series is 30% faster than the chip that powered last year’s models, and the GPU is 64% faster.

Other highlights include Android 6.0.1 Marshmallow, 4GB of LPDDR4 RAM, 32GB of storage and IP68 dust and water resistance. Both phones also support expandable memory thanks to an included microSD card slot, which will be a big deal for Samsung fans who were unhappy that last year’s phones didn’t have support for memory cards.

Waterproofing is great and expandable storage is fantastic, but neither of those much-wanted features take center stage on the Galaxy S7. While I haven’t yet been able to test it extensively yet, it looks like the 12-megapixel camera is shaping up to be the real star of the show in 2016.

Samsung’s Galaxy Note 5 has what I believe to be the best camera overall on any phone I have tested, iPhone 6s and 6s Plus included. When it comes time to review the Galaxy S7 and S7 edge, it looks like that “has” will become a “had.” Samsung put tremendous effort into improving its class-leading camera in this year’s flagship models and from the looks of things, the company knocked it out of the park.

The camera on the Galaxy S7 and Galaxy S7 edge features an f1.7 aperture that lets in 25% more light than the one on the S6. It also has larger 1.4 micron pixels that are 56% brighter than last year’s camera. In my brief time with the phone though, the most impressive advancement is the completely redesigned autofocus mechanism.

The Galaxy S6 and most other smartphones use phase detection for autofocus, but the Galaxy S7 and S7 edge use dual photodiode pixel autofocus. We don’t need to get overly technical right now, but this is a technology Canon popularized on DSLR cameras and it’s fast. Very fast. Insanely fast.

I didn’t put a timer on the new camera’s autofocus, but Samsung had a demo set up during closed-door meetings last week that let attendees compare the Galaxy S7’s autofocus and low-light performance to Apple’s iPhone 6s Plus. I also conducted my own tests while using Samsung’s new phones in less controlled conditions. In both cases, the Galaxy S7 had finished focusing on its subject before the iPhone even started the autofocus process. The difference in performance was shocking, to be frank.

In the real world, this should all translate to much better photos with much less noise that can be captured in a fraction of the time.

There are plenty more new features in the new Galaxy S7 and Galaxy S7 edge, such as always-on displays that can show things like a clock, a calendar and notifications while barely using any power. The phones also have a nifty new power-saving mode that lets you play graphics-heavy games without using up much battery.

And where the batteries are concerned, Samsung’s new phones support fast wired charging (0% to 50% in 30 minutes) and even fast wireless charging, which Samsung says juices up a phone faster than some competitors’ wired chargers.

Also announced alongside the new phones is an accessory Samsung is calling the Gear 360. This tiny camera is capable of taking 360-degree photos and videos, and it connects to Galaxy phones where people can process them to create user-generated VR content that is sharable or viewable with a Gear VR headset accessory.

I’ll dive deeper into these features and more in my full review ahead of the phones’ global launch on March 11th. Until then suffice it to say that the bar for flagship Android smartphones in 2016 has been set, and it is highly unlikely that any of Samsung’s rivals will be able to raise it.