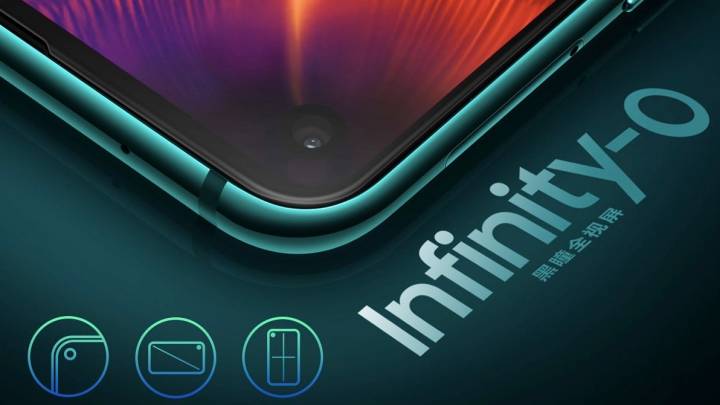 Samsung’s Galaxy S10 will be unveiled only in late February, complete with a brand new Infinity-O design — that’s a screen that features at least one camera hole at the top for the selfie camera. But Samsung already launched a phone with a similar display, the Galaxy A8s, which has an LCD screen instead of OLED. The new mid-range phone, however, does show off Samsung’s Infinity-O display design, as well as the new tricks that come with it when it comes to selfie cam-effects. The same effects, meanwhile, could hit the Galaxy S10 when it launches next year.

To launch the camera app on the Galaxy A8s, you have to swipe down from the camera lens rather than pressing a camera button on the lock screen. Once that happens, an animated ring illuminates the sensor, SamMobile. The same effect is present when you switch between camera modes.

Samsung insider Ice Universe said on Twitter that the same effect would be applied to the Galaxy S10 series. That’s hardly a surprise, considering that all Samsung phones should have the same One UI user interface on top of Android going forward.

The Galaxy S10 and S10+ have some special effects around the hole. This has been adopted on the Galaxy A8s. It will glow when the camera is turned on and will also glow when the face is recognized. Maybe more scenes are available.
source：xda、weibo pic.twitter.com/laVxTEPIOo

This video shows the animation in action:

The leaker also said that the ring would glow “when the face is recognized.” It’s unclear at this time whether that means the phone will pack any facial recognition abilities. Previous Galaxy S phones do feature support for facial and iris recognition, but it’s not the kind of secure authentication that Apple’s Face ID offers. Recent reports said that Samsung would drop iris recognition from the Galaxy S10. And, with just one hole in the display for the camera, Face ID might not be possible on the Galaxy S10.

The Galaxy S10, however, will have an ultrasound-based in-display fingerprint sensor, which should be faster than optical sensors. Therefore, supporting 3D facial recognition like the iPhone isn’t a must for Samsung.

Regardless of whether the Galaxy S10 will have any kind of face recognition support, what seems to be clear from these reports is that all Infinity-O designs from Samsung should deliver similar camera ring animations.