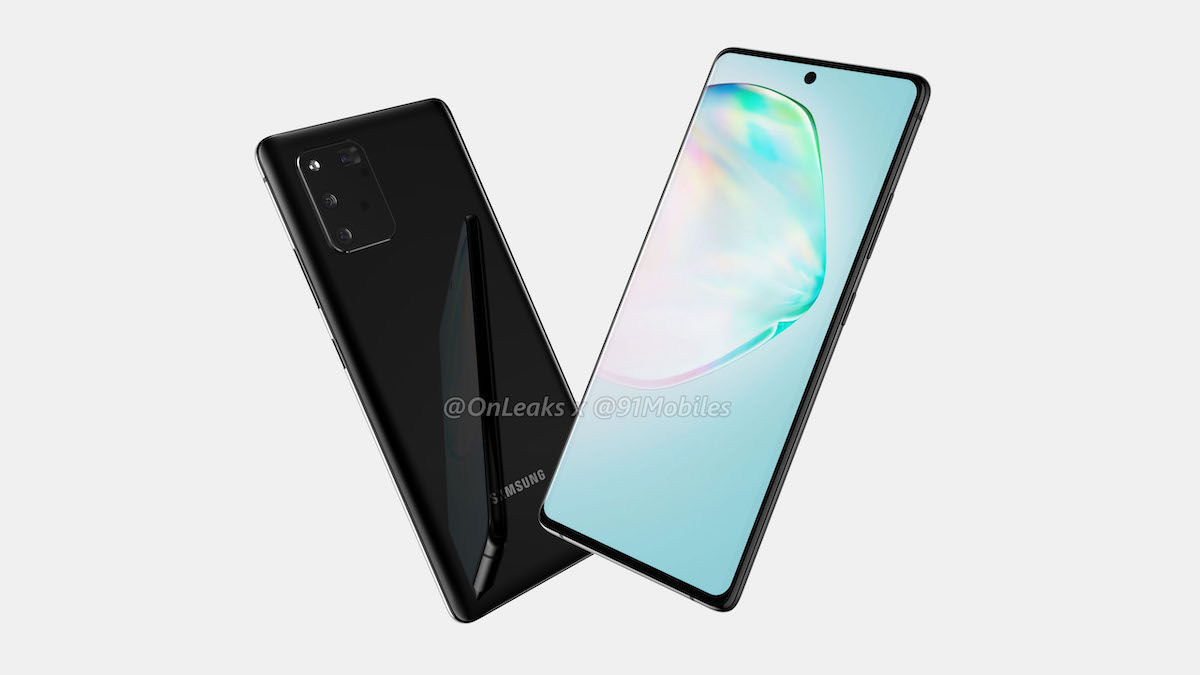 Samsung leaks have been popping up so frequently lately that they have been tough to keep up with, but when there are this many products in the pipeline, leaks are inevitable. Since late November alone, we’ve seen purported renders of the Galaxy S11, Galaxy S11+, and Galaxy S11e, giving us an early glimpse into Samsung’s vision of the future. But another phone that could launch even earlier than those smartphones may have a shockingly similar design, and on Tuesday, leaker Steve Hemmerstoffer teamed up with 91mobiles to share its renders.

The phone you see pictured at the top of this page and in the video below is said to be the Galaxy A91. We’ve heard countless rumors about new Galaxy A series phones over the past few months, but this is the first time we have seen the A91 with a hole-punch cutout for the selfie camera and a rectangular rear camera array. These are both expected to be defining features of the Galaxy S11 line, but might pervade the entire 2020 lineup:

Previous leaks have suggested that the Galaxy A91 will feature a 6.7-inch Full HD+ sAMOLED display, Snapdragon 855 chipset, 8GB of RAM, 128GB of internal storage, and a 4,500mAh battery with support for 45W fast charging. It’s still unclear if the A91 will feature a triple or a quad rear camera setup, and as such, Hemmerstoffer included renders with both setups. We’ll have to wait for a future leak to see which version wins out.