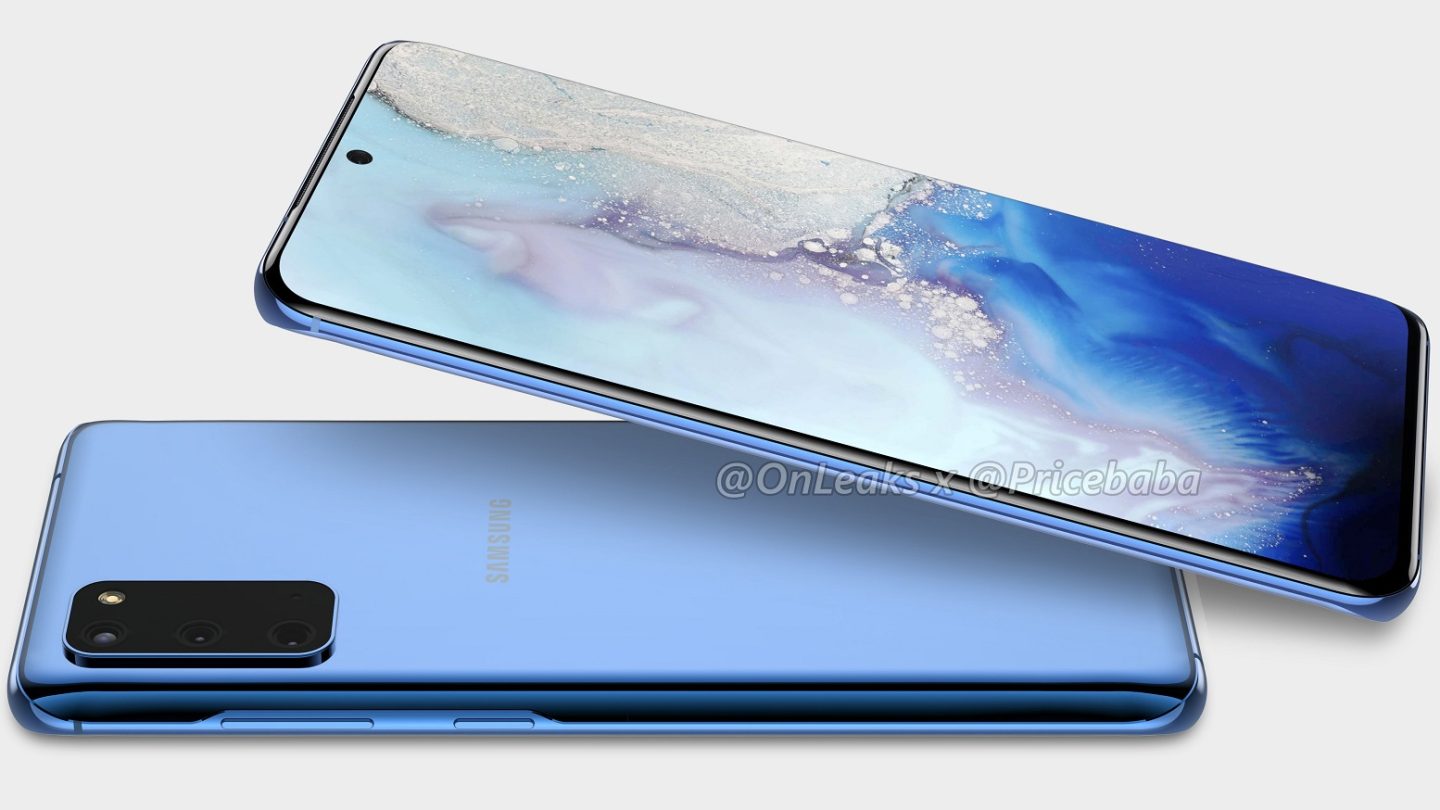 We’re still a few months out from the official unveiling of Samsung’s next flagship smartphone, but leaks have already started to pile up. In fact, just last week, we got our first look at what might be the final design of the Galaxy S11 from 91Mobiles and @OnLeaks, and just a day later, the same tipster teamed up with Pricebaba to share renders of the Galaxy S11e as well. Once again, Samsung is running out of surprises for its launch event.

If you’ve seen the Galaxy S11 renders, the first thing that you’ll notice is that the Galaxy S11e appears to be virtually identical, at least in terms of its design. We see the same center-aligned hole-punch selfie camera, the same button placement, and the same vertical camera array that appears to be a staple of the S11 line.

Although the Galaxy S11e will be smaller than the Galaxy S11, with a rumored screen size of 6.2 to 6.3 inches, it will seemingly adopt many of the flagship’s major features, including a curved display panel and an ultrasonic fingerprint scanner within that display. The S10e was a great phone in its own right, especially for the price, but Samsung made a few notable compromises when it came to the phone’s design, two of which were the flat display and the fingerprint scanner built into the power button. Providing these renders are accurate, that won’t be the case in 2020.

As for the Galaxy S11e’s camera array, while it looks similar to that of the Galaxy S11, the flash is at the top of the array on the S11e as opposed to in the middle. The S11e might feature three lenses like its more expensive siblings, but it might be missing a sensor that the pricier phones come equipped with.

As for specifications, the Galaxy S11e is expected to contain the same Snapdragon 865/Exynos 990 as the other S11 phones, a 3,900mAh battery, and even a 5G model (which wasn’t the case for the S10e). If you want to get an even better look at the phone, check out the 360 video of the 3D renders from Pricebaba below: