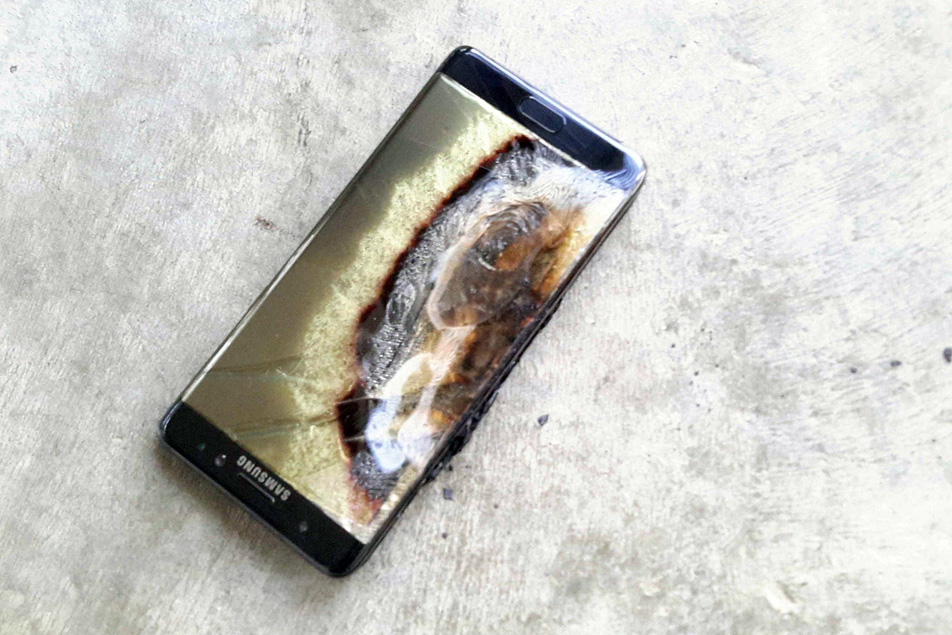 In the wake of Samsung officially axing Galaxy Note 7 production last week, the FAA this past Friday banned all Note 7 devices from U.S. flights. Whereas previous bans prevented passengers from charging or using a Note 7 device in the air, the Note 7 is now classified as a forbidden hazardous material because it may “cause an ignition or a dangerous evolution of heat or become a fuel source for fire.”

In the wake of Samsung’s worldwide recall, Note 7 owners have been advised to return the device to the point of purchase for a refund or swap it out for another smartphone. If you purchased a Galaxy Note 7 directly from Samsung, you can have some fun shipping it back in a fireproof box.

Not everyone, however, is so willing to part with the Note 7. Some owners who haven’t experienced any issues with the device have said that they’ll keep using it until something goes awry. Mashable writer Josh Dickey, for example, penned an op-ed piece last week where he explained why he has no intention of ever returning his beloved Galaxy Note 7.

That’s all well and good, but if Dickey ever tries to carry his Note 7 onto a plane, he may be in for a rude awakening.

In a FAA emergency prohibition order set to be officially published in the Federal Register this coming Wednesday, we learn quite a bit about the penalties in place should someone a) bring a Galaxy Note 7 on board an aircraft and b) what happens if said person refuses to comply with the requisite instructions from aircraft personnel upon being caught.

First things first, if you bring a Note 7 to the airport, you will not be allowed to board with it. You can’t carry it on your person nor can you check it in with your luggage.

If a passenger either purposefully or inadvertently brings a Galaxy Note 7 on board and it is discovered once a plane is in the air, airline personnel “must instruct the passenger to power off the device and not to use or charge the device onboard the aircraft and protect the device from accidental activation, including disabling any features that may turn on the device, such as alarm clocks, and keep the device on their person and not in the overhead compartment, seat back pocket, nor in any carry-on baggage, for the duration of the flight.”

Now here’s where things get interesting. If a passenger does not comply with the above rules, which is to say that a passenger brings a Note 7 on board and refuses to power it off and store it appropriately, he/she will be subject to a civil penalty of up to $179,933. Additionally, the penalties state that a person violating the above order is also “subject to criminal prosecution” which can result in fines and “imprisonment of up to ten years, or both.”

Long story short: Don’t be a moron and return your Note 7 if you happen to still be using one. As the video below highlights, sometimes an innocent visit to Samsung’s homepage is all that is needed for a Note 7 to begin smoking wildly.