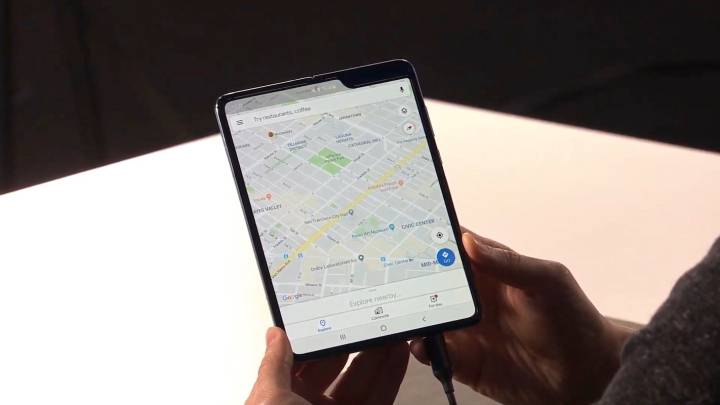 A report early on Wednesday said that Samsung is working on additional foldable smartphones beyond the Galaxy Fold that it unveiled a couple of weeks ago. Samsung is still trying to figure out exploring what buyers will need from a foldable handset while perfecting the components that go into such devices. And it appears that, while Samsung is ready to experiment with different Fold designs, the model that launches this spring might have a serious screen issue.

A source familiar with Samsung’s foldable plans told Bloomberg that Samsung is trying to eliminate a crease that appears on the Galaxy Fold screen after you’ve folded some 10,000 times. Samsung is even considering free screen replacements for buyers, although nothing is official.

As exciting as first-gen foldable phones may seem right now, we should expect some issues from these first-gen devices, especially when it comes to screen durability. Samsung did say the Galaxy Fold can fold some 200,000 times, and that may very well be the case. But nobody will like seeing creases and screen imperfections appear on the screen. This is, after all, a device that sells for around $2,000, with the screen being its most important feature.

If you fold the phone ten times a day, you might see the crease in 1,000 days, or almost three years. Do it between 10 and 100 times a day, and the crease will appear in less than a year of extensive use, assuming this report is accurate.

The screen imperfection “develops on a protective film covering the touch sensor bonded with the display underneath,” the person said, which is why Samsung kept the phone inside a glass case at MWC last week. Samsung did have a couple of device on display in Barcelona, but nobody was allowed to touch them.

A Samsung spokeswoman told Bloomberg that the foldable phone was in a case because it wanted more attention on the Galaxy S10. That doesn’t change the fact that foldable phones stole the show at Barcelona, with the Huawei Mate X being voted best in show at the event. Huawei also placed its foldable handset behind cases, but at least we got a chance to test it out.

Both the Galaxy Fold and the Mate X feature plastic screens that are more prone to scratches and damage than glass. The screen of the Mate X test unit that I’ve had the chance to use at MWC showed some imperfections around the hinge area (image above). But we’ll have to wait for both devices to reach regular consumers to see how these first-gen screens will fare in day-to-day use.