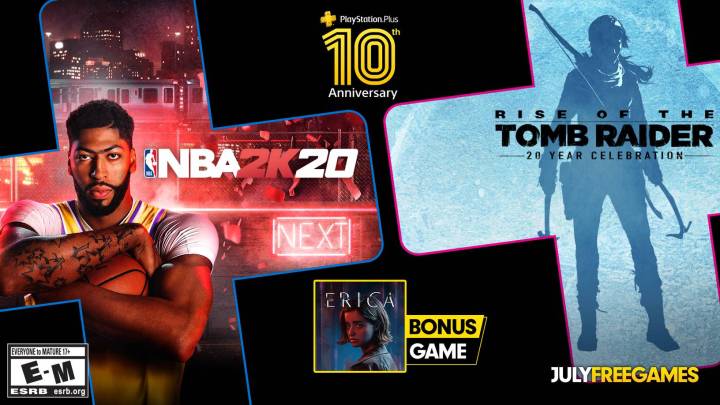 Ten years ago today, Sony launched the PlayStation Plus subscription service on the PS3 to compete with Xbox Live. Two years later, Sony began giving away free games to paid subscribers every month, and now, eight years on, Sony has given away over 1,000 games. In celebration of the service’s tenth anniversary, Sony is giving away three games in July instead of two, and there will also be a free PS4 theme given away later this week.

Here’s the complete lineup of free PlayStation 4 games available to PS Plus subscribers in July:

Every game listed above will be free to download starting on Tuesday, July 7th. As always, you will need to have an active subscription to PlayStation Plus in order to download them for free. You will also need to either keep paying for or restart your subscription in order to keep them, even if you downloaded them for free. And don’t forget — all of the free games from June are still available until the new Instant Game Collection arrives next week.