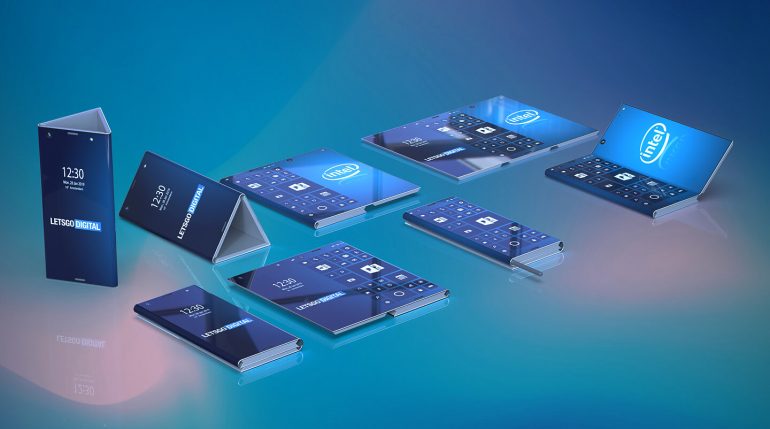 There’s no question that Samsung is the first company that comes to mind when talking about foldable phones, and that’s because the Korean company has been teasing this new form factor for several years. An increasing number of reports said some three years ago that Samsung was getting ready to launch a foldable phone, but Samsung kept delaying it. The handset is finally hitting stores in 2019, but Samsung will have plenty of competition from several major Chinese smartphone makers, including Huawei and Xiaomi.

Apple, meanwhile, has been working on its own foldable devices for quite a while, although, as with any other Apple project, the foldable iPhone is very secret. Nonetheless, there’s plenty of evidence to support the idea that Apple is interested in foldable devices, and we just got even more proof that such a handset may be in the making.

If the images below seem familiar, that’s because we covered a related patent all the way back in 2016, well before the launch of the iPhone X. At the time, we told you the patent revealed that Apple is studying this particular form factor, and that such a device will feature an OLED display. The first iPhone with an OLED handset arrived a year later: The iPhone X.

What’s interesting is that the old patent (9,504,170) is also titled Flexible display devices. It was filed on July 18th, 2014, and awarded to Apple on November 22nd, 2016. Moreover, the new patent application is a continuation of the old patent, sharing the same inventors. Also, the imagery that Apple uses in the two documents is identical.

We’re looking at images that show foldable devices featuring two or three displays, as well as one or two hinges that would allow the user to fold the handset. The photos also suggest that Apple is considering both iPhones that would fold inwards and outwards, with the screen being placed either on the interior or exterior of the folded device.

Apple appears to be studying various types of foldable devices for the future, and the technology described in these patents may be used not only for smartphones, but also for other gadgets that Apple makes, including iPads and MacBooks. “It would be desirable to be able to use flexible display technology to provide improved electronic devices,” Apple writes, after explaining that devices with LCD screens aren’t flexible, but OLED screens would allow the display to be bent.

In addition to these patents, we’ve also seen plenty of rumors suggesting Apple is considering foldable iPhones. One of the most mysterious ones said back in late 2017 that Apple might be working with LG Display on foldable iPhones to keep the design hidden from Samsung.