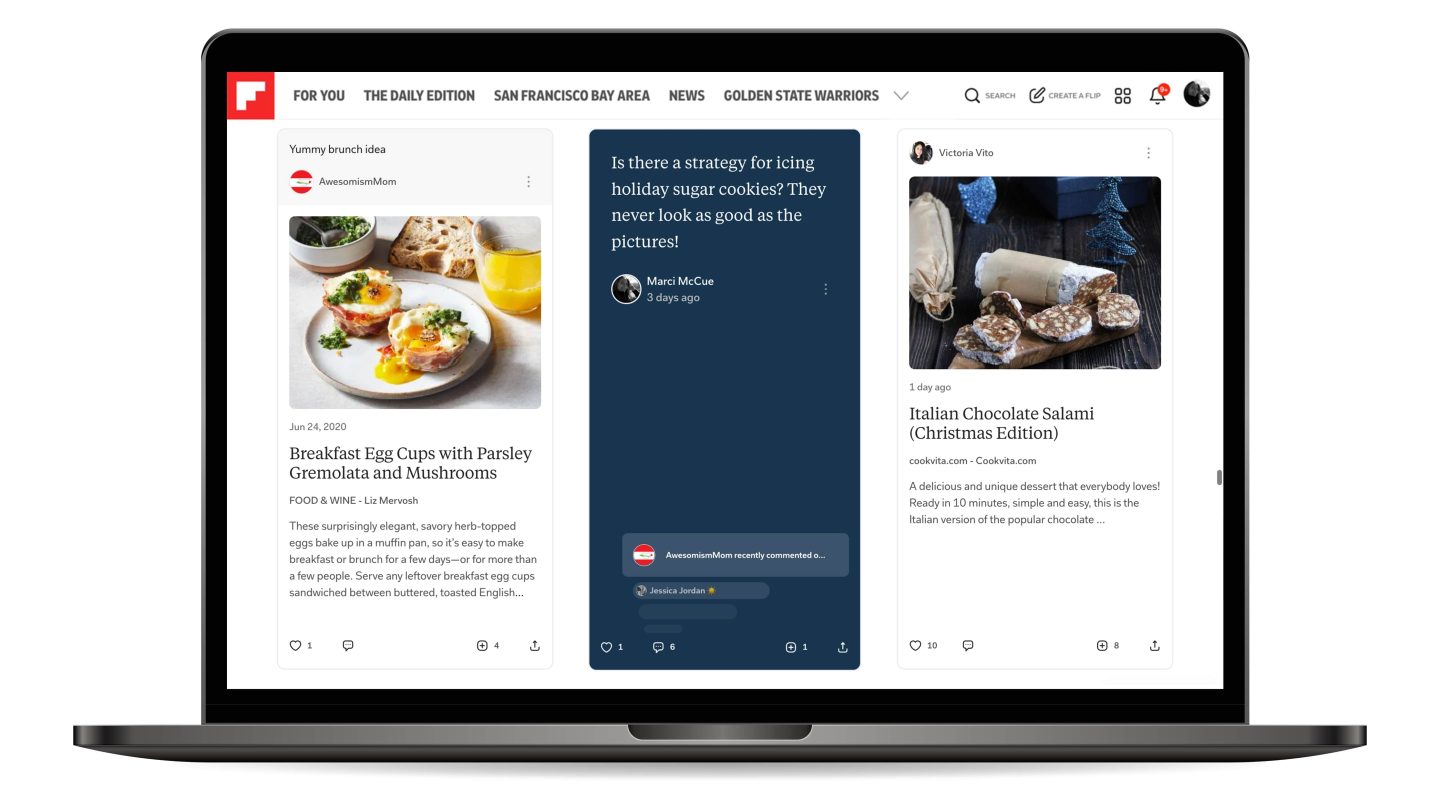 Covering the evolution of Flipboard over the years — from its launch in 2010 and its early days as an app that was gorgeous enough to impress even Steve Jobs — has been an at-times fascinating exercise in watching one of the few tech companies with the courage to remake itself.

Flipboard started as a social magazine, built largely around letting you import content from your social feeds into a beautiful, magazine-like format. As social giants like Facebook turned off those APIs, the company shifted its emphasis toward letting users construct their own digital magazines out of content plucked from around the web. Later came the ability to add video and audio files, plus the launch of local news feeds, Storyboards, Smart Magazines, and so much more.

The company isn’t even wedded to the orthodoxy of its name anymore — on iPhone, if you prefer, you can switch the app’s primary user mechanic from a page flip to a Twitter-like vertical scroll. And while Flipboard’s millions of users have been oriented for years around aggregating other people’s content from around the web into their own magazines, that will change in a big way starting today with the app’s new Notes and community-oriented features.

It’s certainly a timely launch given the upheaval at Twitter in recent days and weeks, with many users frustrated at the changes there now casting about for alternative platforms to migrate to.

We're introducing a new way to spark conversation and build community in your Flipboard Magazines. Click or tap the new “create icon” to…

🔔 Notify others to join the conversationhttps://t.co/fHKvVgfgMA

The idea behind Flipboard’s new Notes feature is to give Magazine curators the ability to host conversations with users (who, before, have been limited to merely commenting on the individual pieces of content that are flipped into a magazine). That will now happen via new text notes that can be inserted into Flipboard Magazines as sapphire-colored panels, onto which Magazine curators can post questions and include content like images and links.

Here’s why I love this feature: For one thing, it pulls me even more into Magazines that I’m already following and interested in. Say, for example, I’m flipping through the “pages” of a Flipboard travel magazine that a user or a publisher has created. If I don’t see anything that’s immediately relevant to me — 10 Things to Do in Los Angeles, or Where to Stay in Paris (I’m not going to either city anytime soon) — I’m likely to keep flipping, and maybe even bounce out of the magazine altogether.

The Notes are an opportunity to keep that from happening. Perhaps the Magazine curator asks, via a Note, for some recommendations of great hotels in Charleston, a city I’ve been to numerous times. I don’t think I’d be able to keep myself from chiming in, and voila! — more user engagement.

“On the web, we’re launching Notes with a more modern look and feel,” Flipboard vice president Marci McCue explained in a company blog post. “The new design will be available in the Flipboard app on your phone or tablet in January. Notes on the web use a full-screen layout that shows the comment activity so people can see there’s a conversation happening in your Magazine.”

Flipboard says that in its trial run of the new feature in magazines like The Recipe Exchange, The Travel Exchange, and The Photography Exchange, which started this summer, those saw double-digit increases in engagement.

“When we started developing these features, we could not have imagined how timely their introduction would be,” explained Flipboard CEO Mike McCue. “Adding the ability to have conversations within a Magazine is an important step towards our vision to let people connect with others around shared interests.”

Don't Miss: I’m addicted to this iPhone app, and today’s big update makes it even better