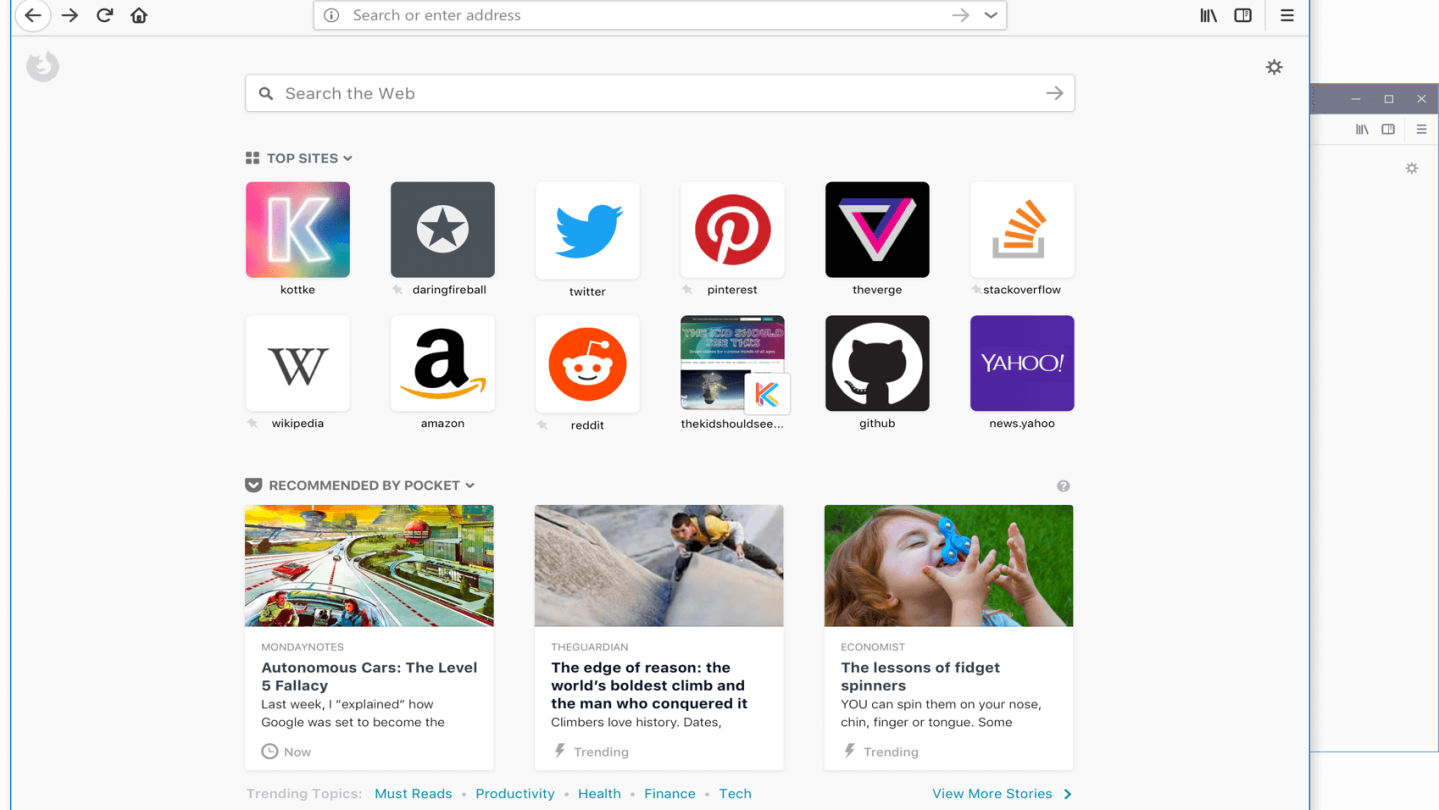 A couple of months ago, Mozilla started teasing a new version of the Firefox browser that would be twice as fast as the latest release and 30% lighter than Google Chrome. Dubbed Firefox Quantum, the updated browser would finally give Mozilla a fighting chance to at least regain some lost ground on Chrome, which overtook it in 2013.

On Tuesday, November 14th, Mozilla finally launched Firefox Quantum, which it calls “the biggest update we’ve had since we launched Firefox 1.0 in 2004.” Having spent some time with Quantum today, I can confirm that Mozilla’s claim is not an exaggeration — if you gave up on Firefox long ago, you’re going to want to check this out.

The most notable change is the speed of Quantum. I left Firefox for Chrome years ago, but even taking into account how satisfied I’ve been with Google’s browser all these years, I noticed the uptick in speed when I installed Quantum right away. Even more importantly, it doesn’t eat up power and memory quite like Chrome does.

Beyond adjustments behind the scenes, the new Photon UI is also a massive improvement for Firefox. The browser wasn’t exactly ugly before, but it lacked the slick simplicity that Chrome had seemingly perfected. I still prefer some of Google’s design elements over Mozilla’s, but it’s a much closer race now that it was before.

If you want to know more about Firefox Quantum, Mozilla published an informative blog post earlier today that should answer any questions you have and provide additional details. And if you want to see what Firefox Quantum looks like in action, spend a couple of minutes watching this video: