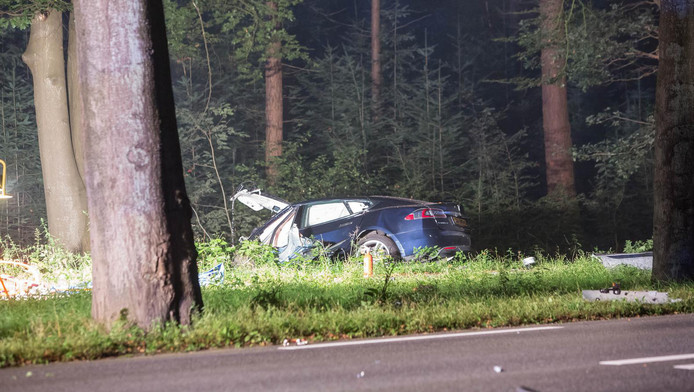 A Tesla driver crashed his electric vehicle into a tree in the Netherlands on Wednesday morning, dying as a result of the crash. It’s unclear at this time what led to this fatal incident involving a Tesla vehicle.

Car accidents are still fairly frequent, unfortunately, but the focus on Tesla crashes is at an all time high due in part to the fact that the car comes with a limited self-driving Autopilot feature that’s been criticized by some. In early May, a fatal Tesla accident killed a Florida man who was using the Autopilot feature at the time of the incident.

It’s unclear at this time why the crash in the Netherlands was fatal. The causes aren’t known, and it’s not clear why the built-in safety features on the Tesla did not save the 53-year-old man’s life. We’ve seen other horrendous crashes involving Teslas, but the passengers were not killed in those instances.

Dutch publications Ad.nl and Gooieneemlander.nl both reported on the accident, without providing any details about the cause. The sites did say that the battery of the car was somehow detached from the vehicle, catching fire on the road more than 65 feet away from the car. Firefighters reportedly needed half an hour to put it out.

According to RTV.NH, only some of the battery modules fell out, making the firefighter’s task of removing the dead body all the more difficult. Apparently, Tesla engineers were called upon to advise on how to salvage the body without getting electrocuted.

“Tesla launched a full investigation. Once the outcome is known, Tesla will share with the public,” Tesla said, according to Electrek.