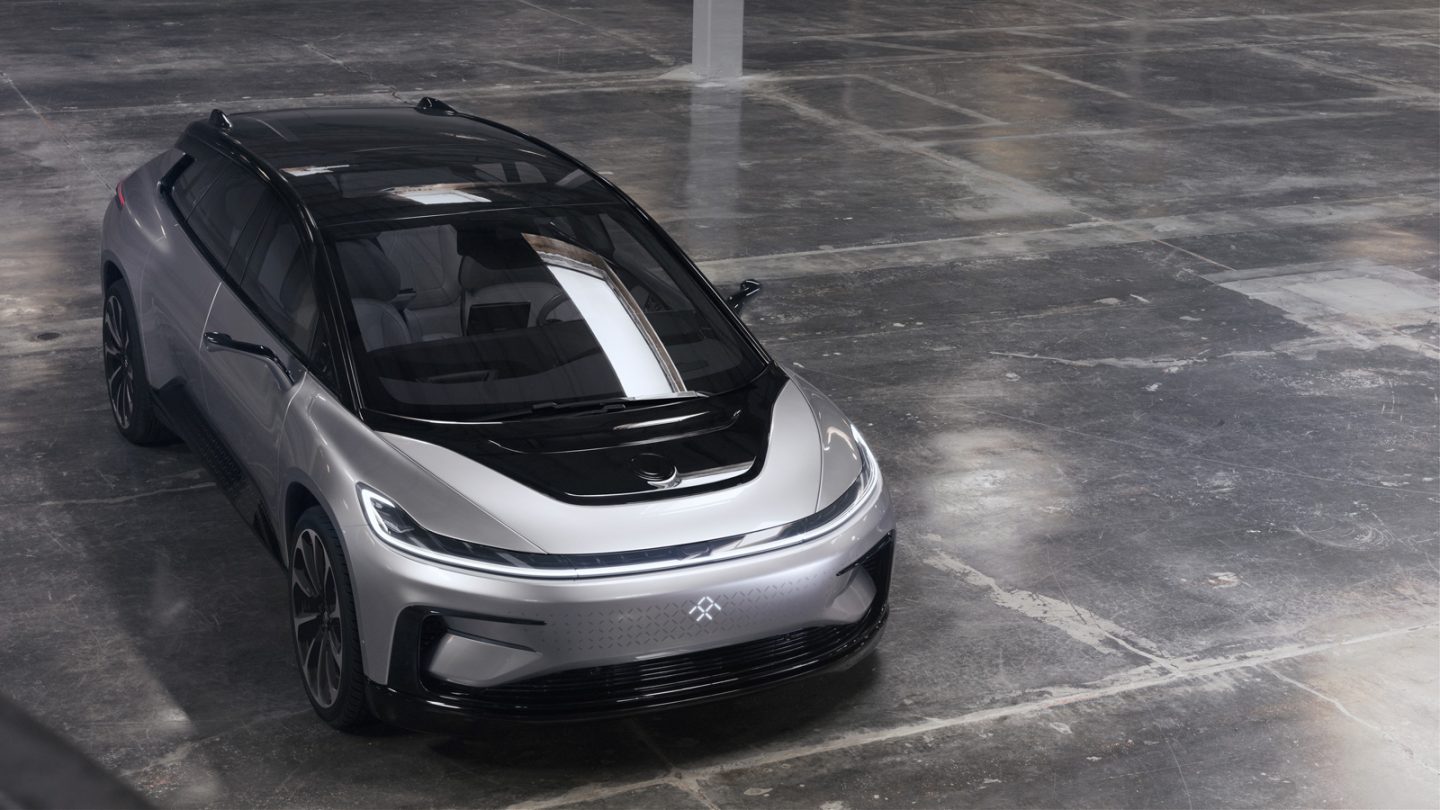 One of the more surprising things we witnessed at CES this year was the unveiling of Faraday Future’s FF 91 electric crossover. Amid reports that the company has been bleeding money, not to mention an ongoing exodus of top executive talent, many tech observers were of the opinion that Faraday at CES this year was going to deliver nothing more than empty promises. After all, Faraday Future is the same company that got our hopes up at CES last year only to roll out a yawn-inducing concept of a supercar.

But lo and behold, the company earlier this week actually unveiled a prototype vehicle that, dare we say, is somewhat intriguing. Dubbed the FF 91, Farday Future’s take on an EV is equal parts futuristic and equal parts curious. As we detailed in our in-depth preview earlier this week, the car comes with no door handles, no keys and cameras in place of mirrors. At the same time, the FF 91 features facial recognition technology, an extensive suite of advanced sensors, bold LED lights all across the front grille, and an assortment of other forward-thinking design choices that are clearly intended to give Tesla a run for its money.

On the performance front, the FF 91 is seemingly a force to be reckoned with as well, with a stated 0-60 MPH time of just 2.39 seconds. While FF 91 production isn’t set to kick off until 2018 — assuming that all goes according to plan — the company recently granted noted YouTube tech reviewer Marques Brownlee the opportunity to go along for a test drive inside a working FF 91 prototype.

While the comparisons to Tesla are obvious, Brownlee notes that the FF 91 does have a unique flair of its own. As a quick example, Brownlee explains that the car can not only park itself, but can “actually look around a parking lot” for an open spot and then back into it with ease.

From a performance perspective, Brownlee wouldn’t confirm if the FF 91 was faster than his Tesla Model S P100D, but he did concede that it probably was.

Now that the FF 91 officially exists, the larger question is whether or not the car will ever make it to mass production. Based on what we’ve seen so far, we certainly hope that it does.